The Pinson Mounds State Park is a significant pre-historic Native American archaeological site located in Pinson, Tennessee. This large 400-acre site includes 17 mounds, an earthen geometric enclosure, and numerous habitation areas, that were most likely built during the Middle Woodland period (c. 1-500 A.D.). The complex is the largest group of Middle Woodland mounds in the United States. The largest one, Sauls' Mound, which rises to 72 feet, is the second highest surviving mound in the United States. The site is a National Historic Landmark and is also listed on the National Register of Historic Places. There is a museum at the site that is inside a replica mound and six miles of trails.

Saul's Mound is 72 feet tall and is the second highest mound in the country. It is one of 17 mounds at this site that constitute a National Historic Landmark. 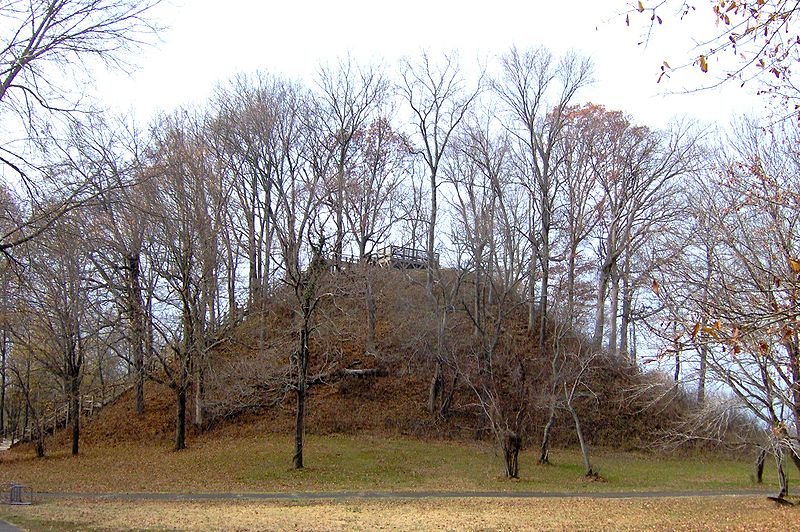 The site was first documented by Joel Pinson, who arrived in the area in 1818 after the Chickasaw Native Americans ceded west Tennessee to the federal government. Pinson and crew completed their survey of the site in 1820. An archaeologist from the Smithsonian Institution surveyed the site in 1916. In 1947, the Tennessee Division of Forestry bought the property and a few other excavations took place in the coming years.