The Mother Orange Tree is the oldest living orange tree in California and is one of California's historical landmarks. The tree was planted near a suspension bridge in 1856 by Judge Joseph Lewis in Oroville, California. Six years later, the tree was moved to south end of the bridge due to threat of high water. By 1863, records shows that 75 acres of orange trees had been planted in area. In 1964, the tree was moved again, this time due to construction of the Oroville Dam. In most recent events, 1998, the tree was struck was frost this caused for the tree to stop bearing fruit for several years. In 2003, researchers from the University of California, Riverside cloned the tree as a way to preserve its heritage while also studying genetics. Three of these clones were planted in Oroville. IN recent year, the Mother Tree has recovered and resumed fruit production.

The Mother Orange Tree in 1856 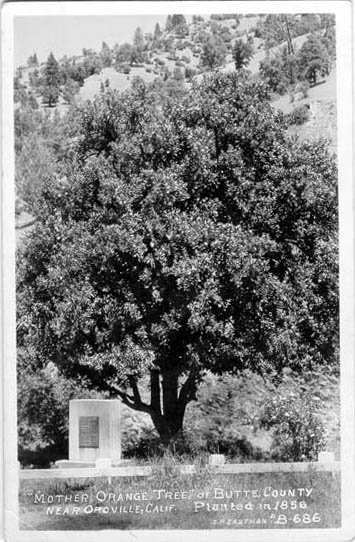 Historical marker: “From its example and largely from its offspring, a new industry was started in a new section hundreds of miles north of a known citrus region. It was a true Pioneer.” – Dr. H. J. Webber, Director, Citrus Experiment Station, River 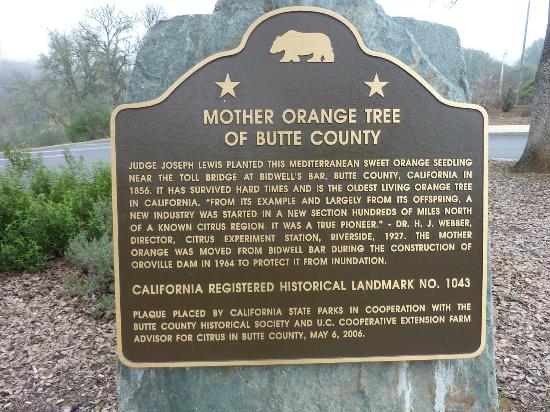 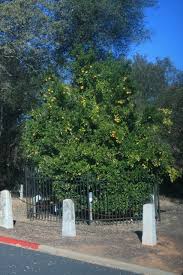