The Church of the Holy Family is the oldest continually operating Roman Catholic parish in the United States and is the oldest church west of the Allegheny Mountains. It was completed in 1799 in the French Colonial style, under the direction of Roman Catholic priest Father Paul de St. Pierre, and is one of the five remaining churches of its kind in North America. It is one of the oldest buildings of any kind in the State of Illinois. A new stone church was built in 1891 and the log church then became a parish school and hall. In celebration of the 250th anniversary of the parish and town, the church was restored and renovated. It is listed on the National Register of Historic Places and also designated a National Historic Landmark. 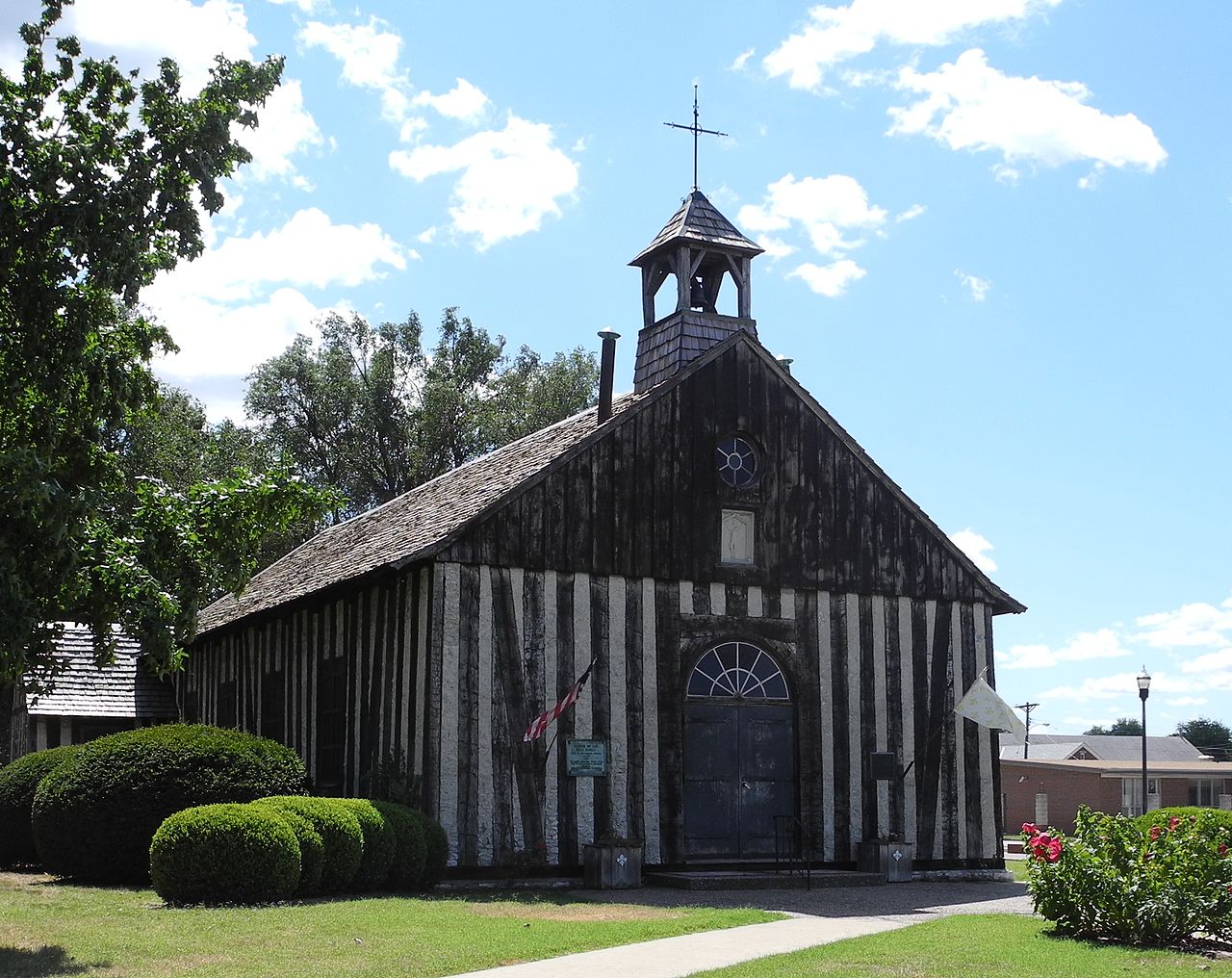 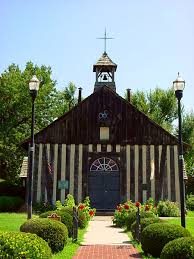 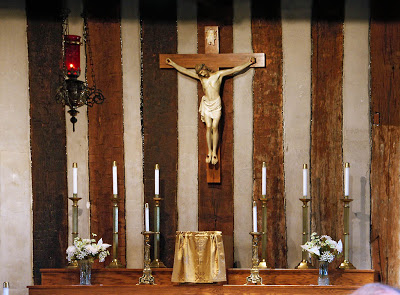 Station of the Cross (interior) 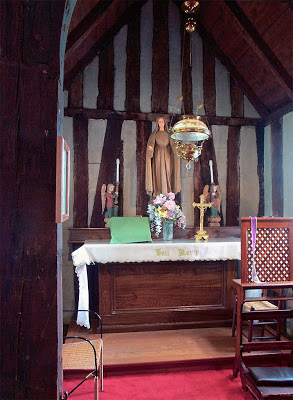 Erected between 1786 and 1799, the Church of the Holy Family, located just across the Missouri River from St. Louis, is considered the finest extant example in the United States of a typical French Colonial church of upright log construction. In March 1699, priests from a Quebec seminary, led by Father St. Cosme, created what would become the tiny community of Cahokia by founding a mission on the site. (They wished to convert the local Tamaroa Indians.) The priests worked with two French laborers to build a log rectory and chapel.

When the last priest left about 1767, however, both the original church and the mission ended. Father Paul de St. Pierre traveled from Baltimore in 1786 and discovered that the faithful in the community were holding services in a rented room. Under his direction, construction of the present church began that year. Member of the Lewis and Clark expedition may have worshiped in the log church. Other visitors to the church over the years were Abraham Lincoln and Charles Lindbergh.

The church is remarkably well preserved for its age. According to its nomination form, "except for the addition of the two small wings in 1833 and the covering of the exterior log walls with siding for protection against the weather in the 1890s, the church survived into the 20th century without drastic alteration." In its construction and plan, the church is typically French Colonial and resembles surviving 18th century Canadian log churches. The walls of the church are formed of poteaux sur sole (posts on sill) construction. Heavy, hewn, Black walnut timbers, each 12 inches wide, 6 inches thick, and 14 feet high, were erected perpendicularly about one foot apart and were mortised into very heavy timber sills that rested on stone foundations. These timbers are from trees that were growing in the area when Columbus first came to America.

White oak and Black walnut were utilized for the hewn French trusswork of the roof, the timbers being finely mortised and pinned with wooden pegs (not nails). One single beam runs the entire length of the church from front to back and supports the trusses of the roof. The shingled gable roof had curved or "bell cast" overhanging eaves. Five windows were set into each of the long side walls. In the north gable end, above the arched entrance door, there was a round "goat's eye" window.

According to local resident John Reed, the church contains many venerable objects from centuries past, including a 17th Century missal, a ciborium (for holding the Communion host) and a pure silver platen, all of them saved from a 1783 fire in the previous church. In addition, two candlesticks on the lower front shelf of the Main Altar were a gift from King Louis XIV of France, and the original bell in the tower was a gift from King Louis XV, though that bell is cracked and unusable. The church is still used for Latin Mass services, as well as weddings and other celebrations, and is open to the public for tours during the summer months.

Open for tours from Memorial Weekend through mid August and weekends through Labor Day. Hours of operation are 10:00 a.m. until 3:00 p.m. daily, except on Sundays when the Church will open at 11:00 a.m.