Built in 1934 by the Civilian Conservation Corps in the Trail of Tears State Park, Union Lookout was a fire lookout tower that was part of a larger network of towers that stretched eastward into Shawnee National Forest; Union Tower is the only one of these remaining. It stands 100 feet tall and situated towards the southern edge of the park. The tower was used until the 1960s (it was no longer needed as planes were used to detect fires). In 2003, Union Tower was placed on the National Register of Historic Places. According to the park map, it appears that the tower is closed. 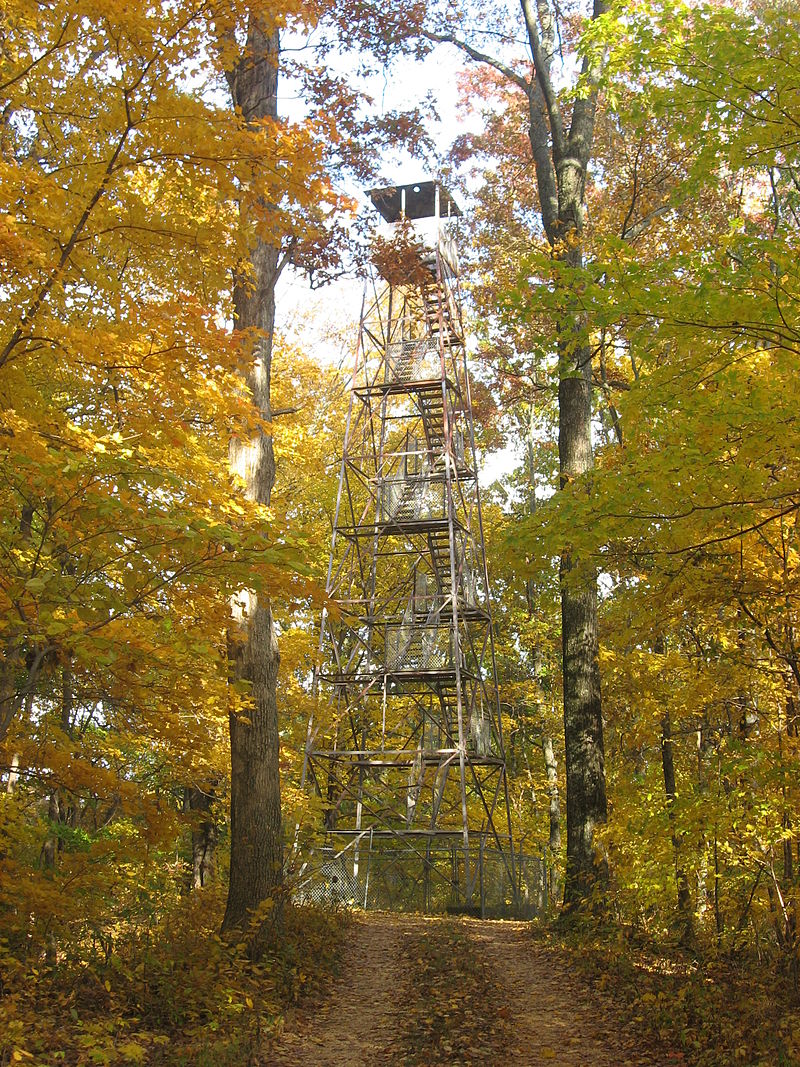