Established in 1880, the remains of Fort Spokane are now located within the Lake Roosevelt National Recreation Area. Only four of the original fifty buildings remain and they include a museum and gift shop located in the former quartermaster’s building. The museum tells the fort’s story from its beginnings as an isolated military outpost, through its conversion to an Indian school and finally, to its abandonment in 1929. 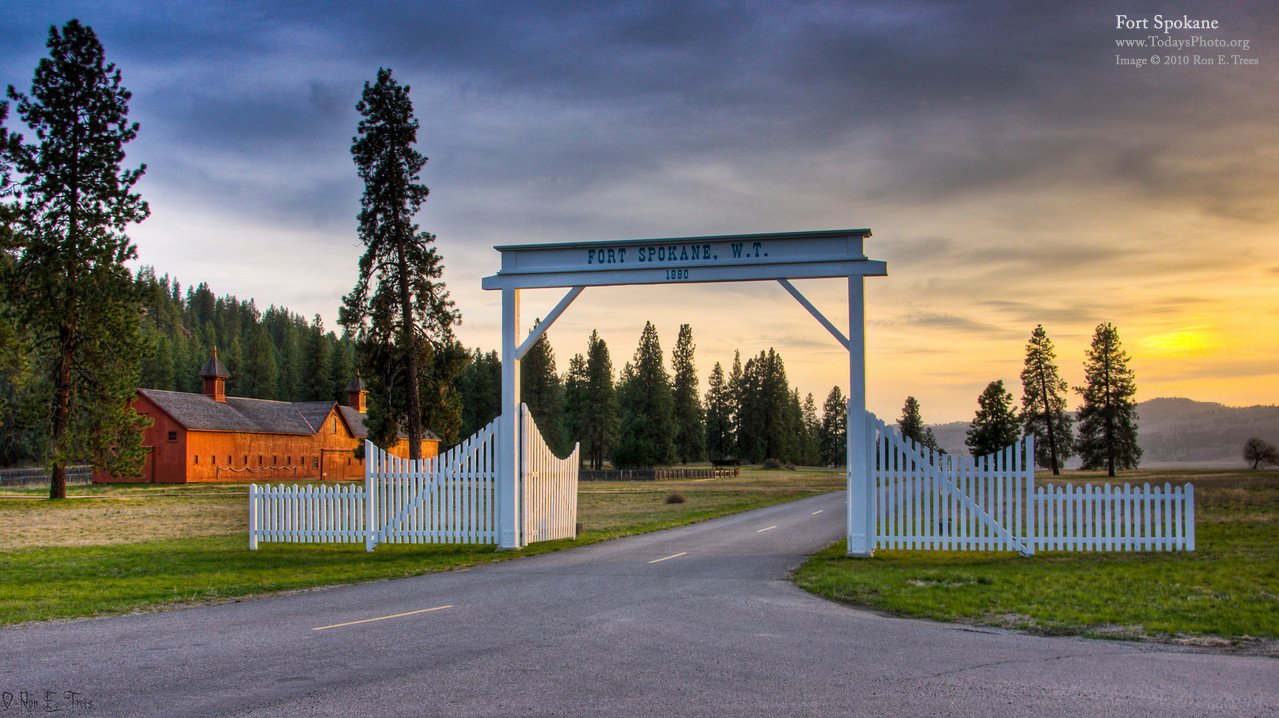 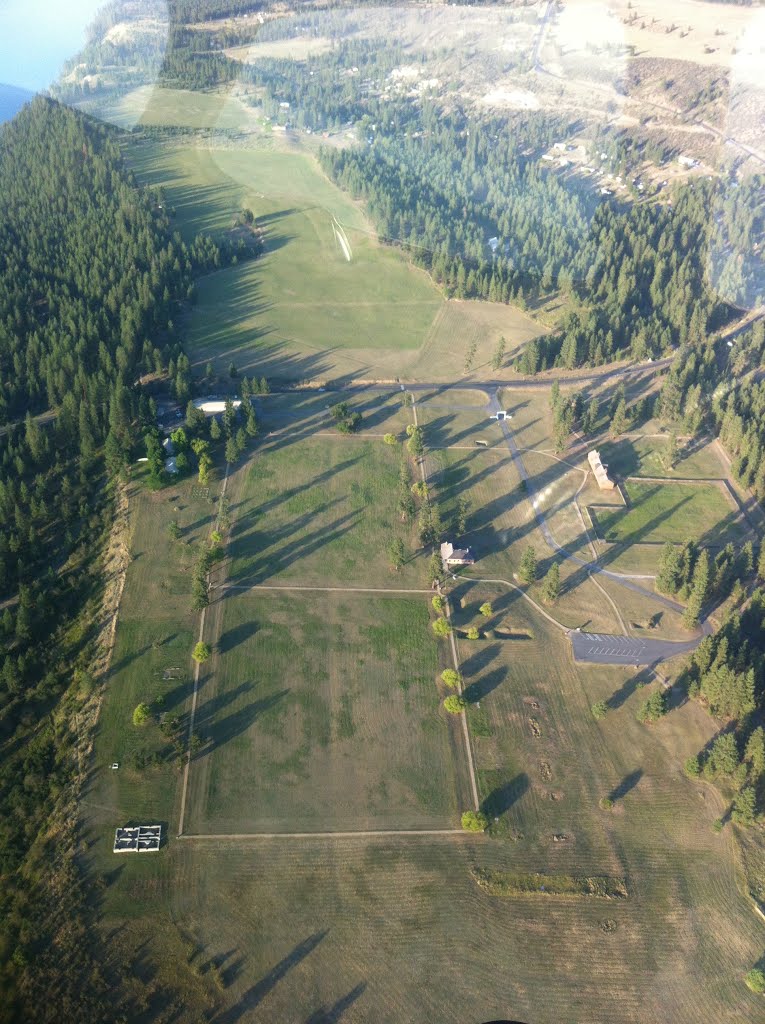 Native American students who attended the Indian school, lined up in military ranks. 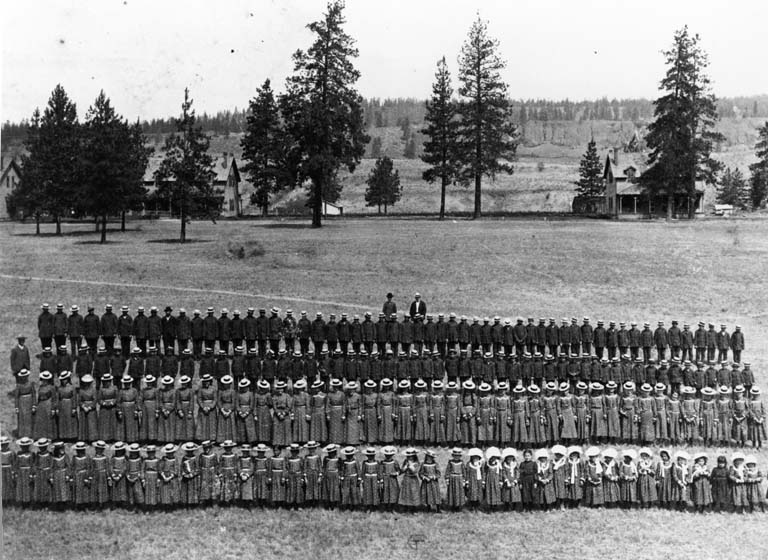 The former stables of Fort Spokane 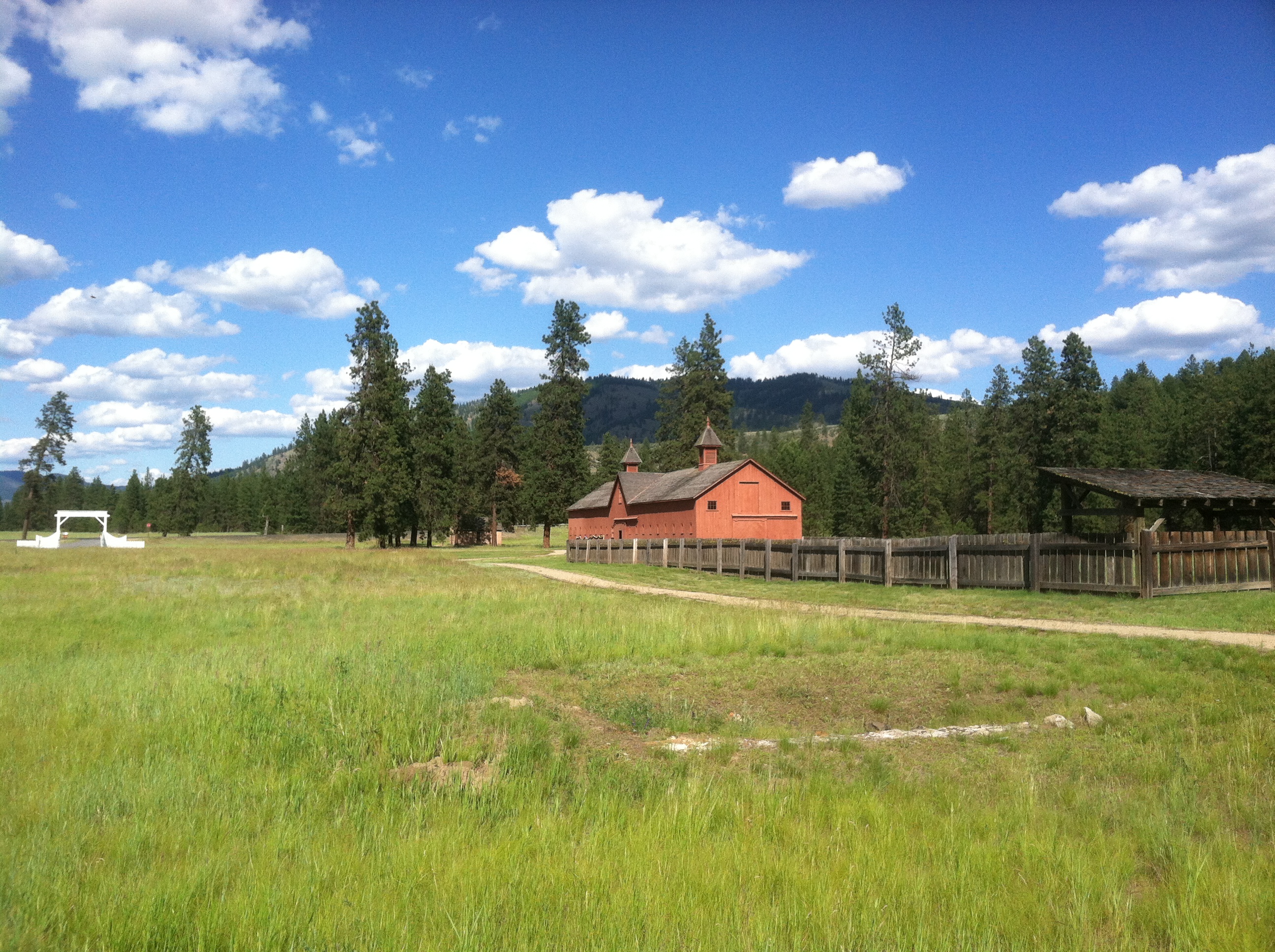 Fort Spokane began simply as a collection of military tents in 1880 at the confluence of the Columbia and Spokane Rivers, and remained such until President Chester Arthur designated it as a military fort in 1882.  It was established to separate the Colville and Spokane Native Americans from one another and to remove them from the valuable agricultural land located around the towns of Spokane and Cheney.  The soldiers, while stationed at the fort, never fired shots in anger and when the Spanish-American War erupted in 1898, they were dispatched to other locations.

As a result, the fort was decommissioned and turned over to the Colville Indian Agency in 1899.  It then served as an Indian school that was tasked with assimilating the Native Americans into white culture through a military-style education.  It eventually became a hospital focused on treating those afflicted with tuberculosis and was finally abandoned in 1929.  It was neglected until 1960 when the National Parks Service took control of what remained of the fort.

The museum contains military exhibits that display uniforms, weapons, and photographs.  It also includes exhibits devoted to the Native Americans who inhabited the area, as well as those who attended the Indian school, to include first-hand accounts of their daily lives and experiences as students.  Admission is free and the museum is open daily during the summer months, but only by appointment the rest of the year.  The grounds are open year round.

Daily from Memorial Day through Labor Day, 9:30-5 Grounds are open year round