The Charlotte-Genesee Lighthouse in the Charlotte neighborhood of Rochester, New York, dates back to 1822. As the area along Lake Ontario around the Genesee River was declared an official port district in the early 1800s, the lighthouse was built in order to help guide ships in the newly-developing port. Today, the lighthouse is no longer in its original location and serves as a museum.

A view of the lighthouse at its current location. 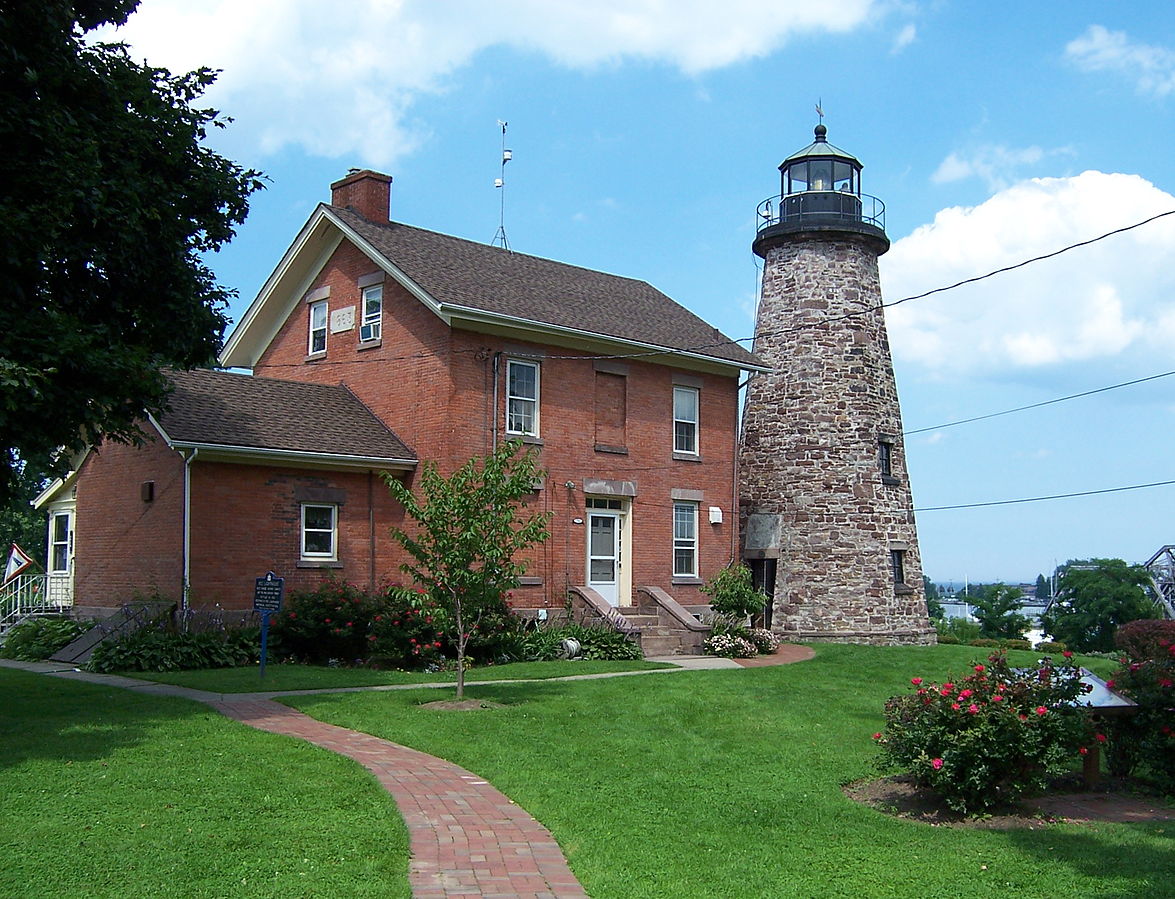 In the early 1800s, trade and other economic forces were burgeoning around the United States of America and ports were no exception. In light of this, Thomas Jefferson declared that a seventy-mile section of Lake Ontario centering on the Genesee River would be the home of an official port district. For almost two decades, the port district worked and guided ships into the district at night using only torches or lanterns set on top of hotels in the area. Though this worked for a time, it was by no means ideal. To remedy the situation, the lighthouse was commissioned in 1821 and completed in 1822. Using a set of whale oil Argand lamps, the lighthouse proved to be very successful.

Though the lighthouse served its purpose consistently for decades, it was put out of commission in 1881. Then in 1884, the light atop the structure was moved to a new wooden beacon on the western pier. While the lighthouse was repurposed and saw some use in the following years, it saw little to no real use during the next century. With this in mind, the city considered tearing it down in order to make room for a local railroad in 1965. Fortunately, students from Charlotte High School saved the lighthouse by sending an outpouring of letters to the city. In 1983, an organization called the Charlotte Genesee Lighthouse Historical Society formed to restore the lighthouse, and after years of work deeded it to Monroe County. Today, it is still maintained by the Charlotte Genesee Lighthouse Historical Society.