The Peoria State Hospital was a psychiatric asylum run by the state of Illinois in the 1900s. Opened in 1902, the Hospital grew to hold 47 buildings within its complex, today granting it the title of a historic district. Today, the buildings are not in great use, but restoration efforts are active in order to help the buildings find new uses.

A view of the Bowen Building - the Hospital's main building. 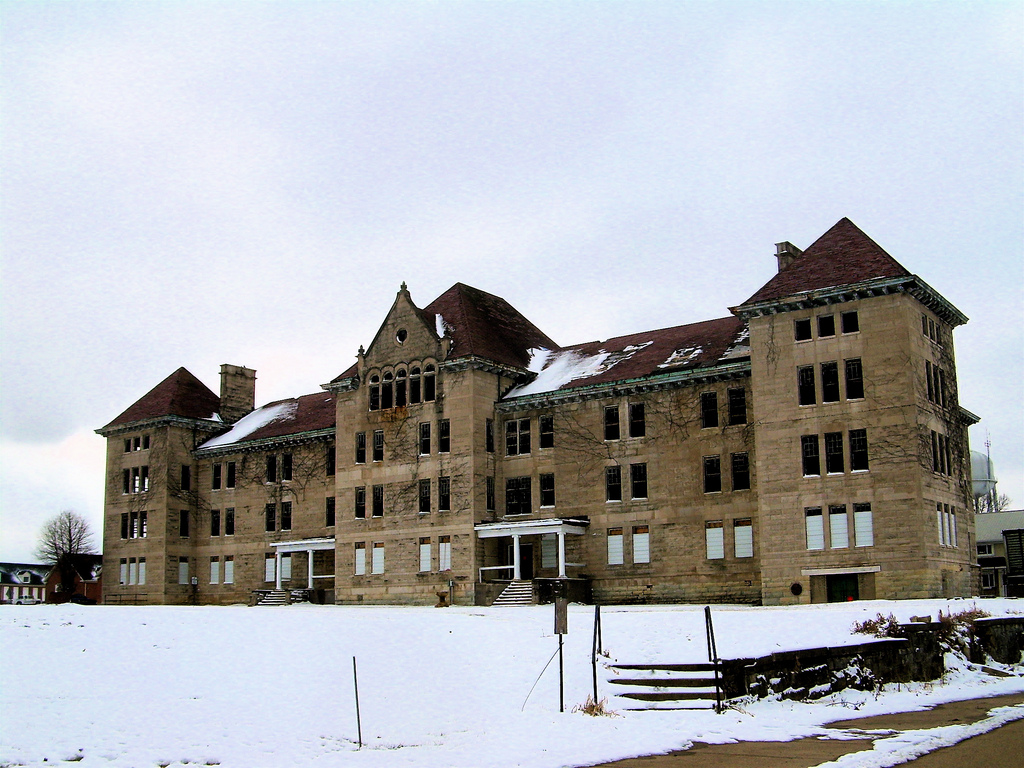 In January of 1886, a group of women, the Peoria Women’s Club, formed and proposed the construction of an asylum for the care of mentally ill inmates and other reprobates. Lobbying continued for years until in 1895, the Illinois General Assembly decided to proceed with a plan for the Illinois Asylum for the Incurable Insane, and a committee was formed to select a suitable location for the facility. Peoria was selected as the site, and the cornerstone of the building was placed in June of 1896. By late December of 1897, the main building of the asylum was nearly complete, but the project was instead ordered to be destroyed due to apparent compromization of the building’s structural integrity, as well as claims that it would not suit the requirements for mental care at the time. As a result, a new construction project was begun in 1899, and for the next ten years, numerous major structures in the complex were constructed. In 1909, the facility’s name was changed to the Peoria State Hospital.

As the years passed, the Peoria State Hospital pioneered numerous new types of therapy in attempts to treat as many patients as possible, and it also began an outreach program in order to help boost public awareness and knowledge of what mental illnesses truly were. This was helped greatly by the involvement of the Illinois Department of Public Welfare, who oversaw the hospital’s operations from 1917 until 1961, after which it was run by the Department of Mental Health. In the mid-1900s, the hospital began to see a steady decline in patient population, and in 1972, the hospital was ordered to be shut down. Since its closing, some of the buildings have either been destroyed or repurposed, but much of it remains unused. Today, preservation organizations work to restore some of the buildings in the complex.