Michael Karolcik built and opened his theater on Thanksgiving Day in 1921. Known as the Perry Theater today, the historic structure is just one of a few remaining brick and mortar buildings erected in the hub of the town’s circle during the 19th and early 20th centuries. It housed much more than a theater when it first opened, but the theater was the main attraction as it hosted vaudeville shows and musicals in addition to movies. The Karolcik family sold the building in the mid-1980s and it now rents out space to local businesses. It was added to the National Register of Historic Places in 1997. 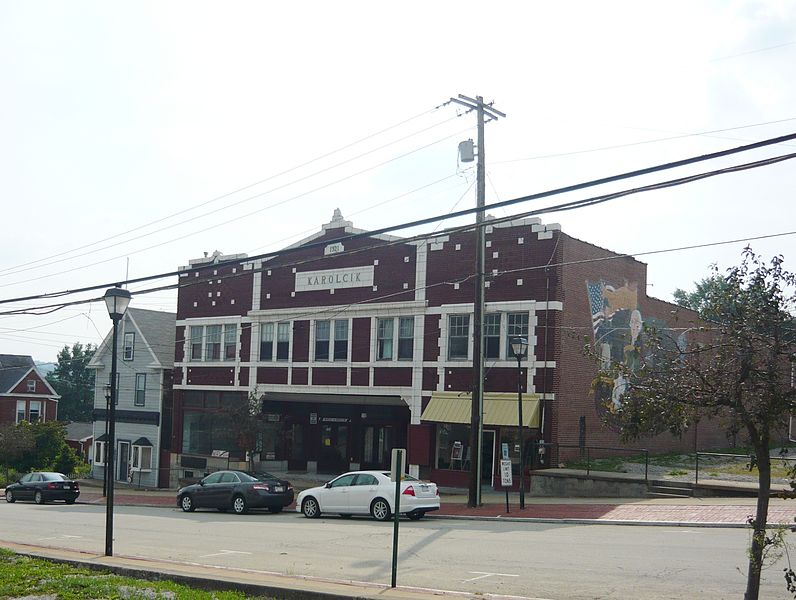 The recessed front entrance to the Karolcik Building. 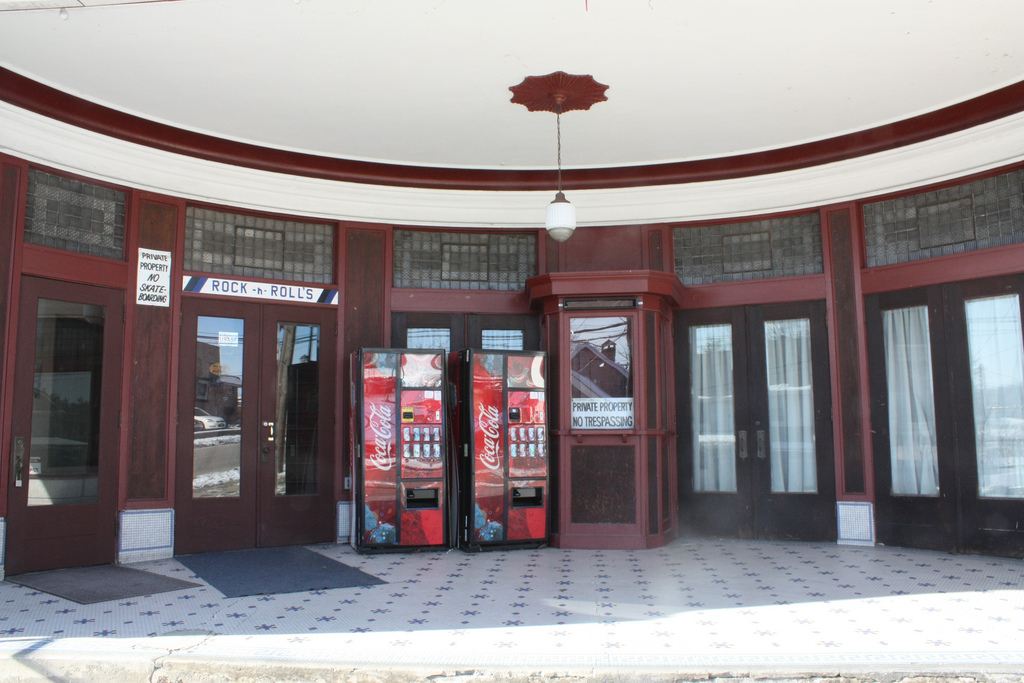 An aerial shot of Perryopolis from earlier times with the Karolcik Building on the left side. 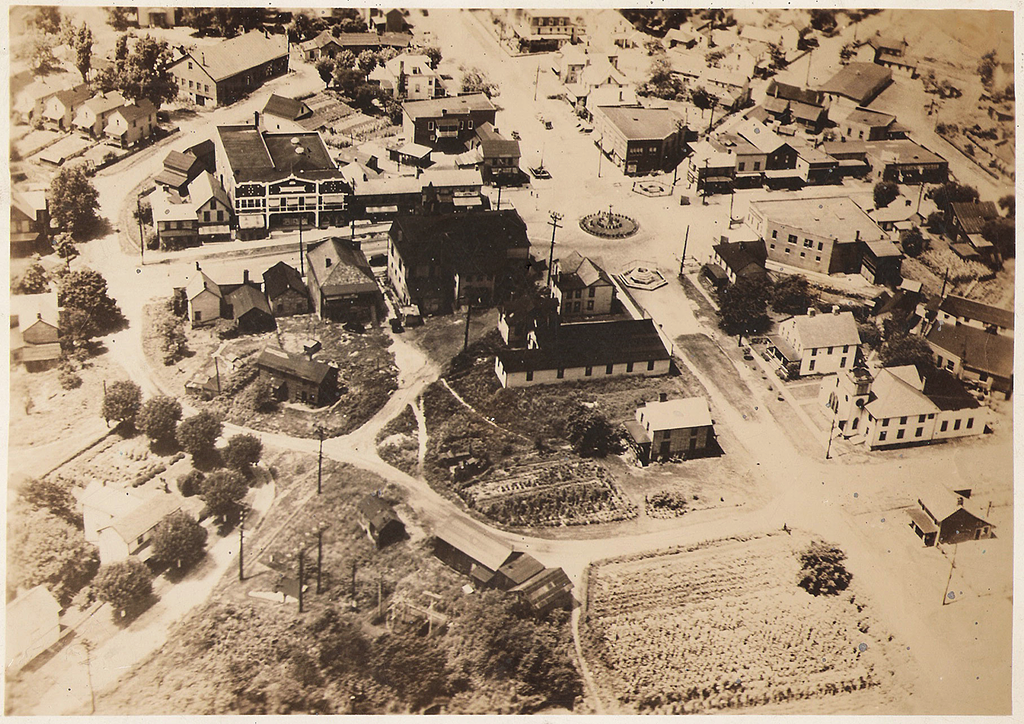 The influence of the American arts and crafts movement are readily apparent in the two-story red brick Karolcik Building.  It first opened its doors in 1921 and housed, in addition to a 412-seat theater, a meat market, pharmacy, barbershop, a billiards room and bowling alley in the basement and a public hall and owner's apartments on the second floor.  The theater operated from its opening until the 1970s and hosted political rallies as well as numerous fundraisers.

The second-floor public hall was used primarily for dances and the bowling alley was in operation until the early 1980s, utilizing pinboys to reset the pins until its last days.  The theater, with its small stage, is still housed within the building but hasn't been used in many years.  The building itself is still in good shape and only superficial changes have been made to it over the years.