Commissioned in 1921 by James Witt Dougherty and designed by James Francis Dunn, it was one of the first luxury apartments built in Nob Hill. It is often mistakenly said that the designer was Antonio Gaudi. It was one of many luxury apartment buildings erected in the area following the earthquake of 1906. It is a reflection of the Beaux Arts influence. 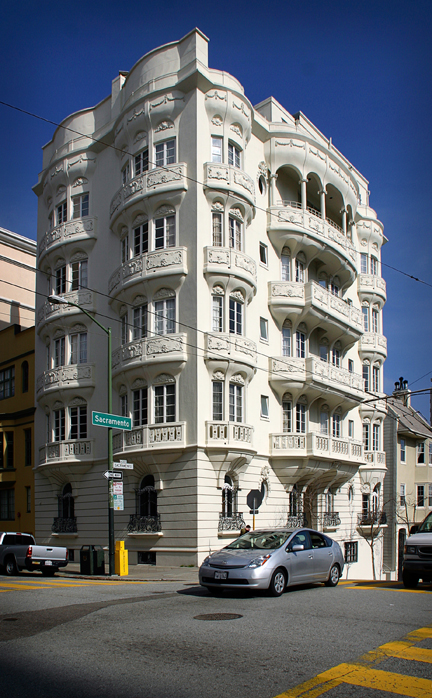 The apartments have oval dining rooms and hidden storage. The kitchen in the basement was once used to provide meals for all those who lived in the building. And though Dunn designed the building, he never saw the building constructed.

In 1950, the Chambord Apartments were used in the filming of the famous film-noir, D.O.A. During the 1970s this historic site was almost destroyed, but because of a large public outcry against the demolition it was made into a San Francisco Historical Landmark. It is also on the National Register for Historic Places.