Halle Brothers Co., commonly referred to as Halle's, is a defunct department store chain. During most of its ninety-one-year history, Halle's focused on higher-end merchandise, which it combined with personal service. The company was the first major department store in Cleveland to open a suburban branch store. The store was used as the location of the fictional department store, Winfred-Louder, in the television series, "The Drew Carey Show". Actress Halle Berry, a native of Cleveland, was named after the store. 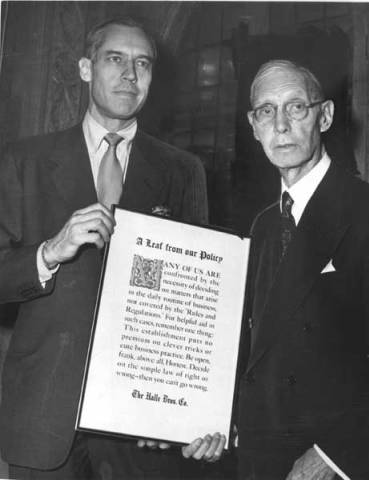 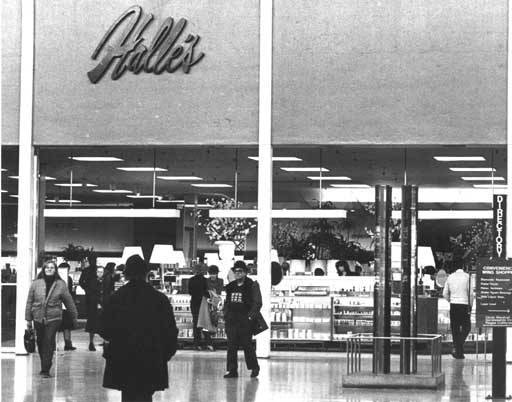 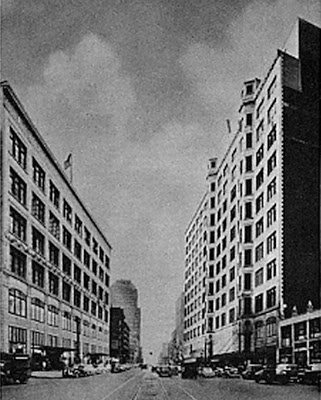 Rendering of how the store looked in 1913. 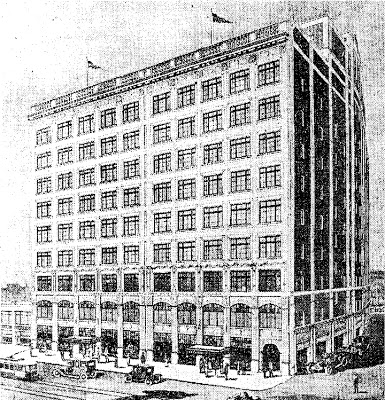 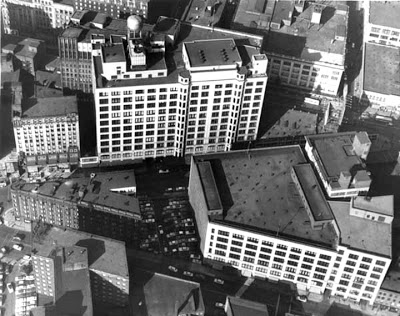 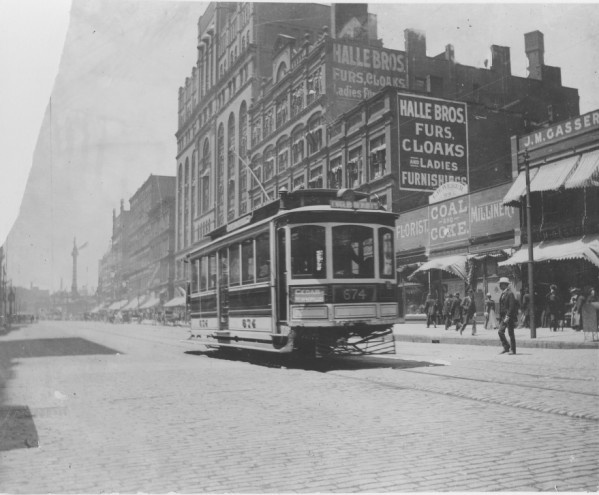 As the building appears today. 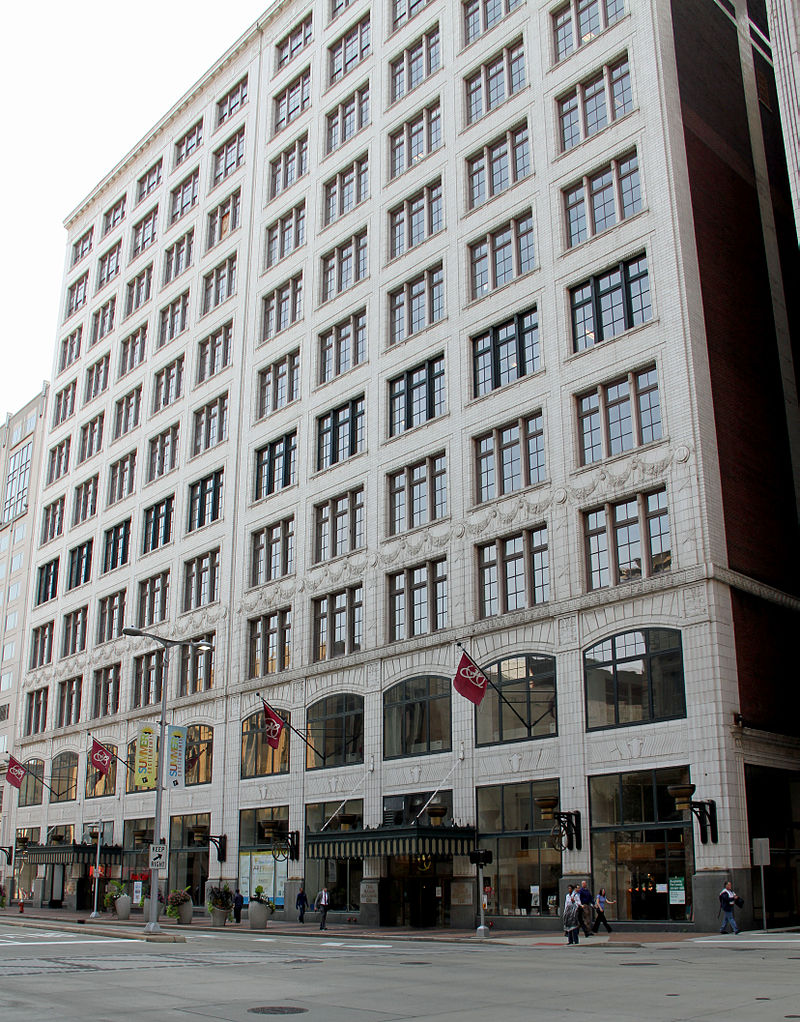 Halle Berry, named after the store. 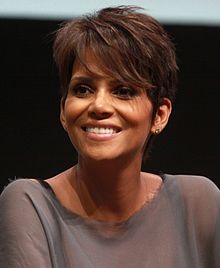 Drew Carey "inside" the Winfred-Louder building. Although the Halle's Brothers Co. building was shown as the location of this fictional store, no filming occurred inside. 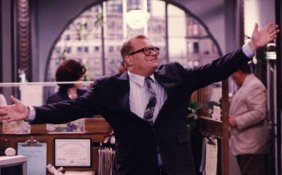 The Halle Brothers Co. (1891–1982) was considered the leading department store company in Cleveland, Ohio. Founded on 7 February 1891 by brothers Samuel Horatio Halle and Salmon Portland Chase Halle, the very first store was located at 221 Superior Avenue near the city's Public Square where the brothers had bought out a hat and furrier shop owned by T.S. Paddock. Two years later, they moved to Euclid Avenue and East 4th Street and added ready-to-wear clothing to the merchandise mix. The firm was officially incorporated in 1902 as the Halle Bros. Co. After growing and moving several times, the company eventually built its main store at 1228 Euclid Avenue by 1910. By 1927, their new $5 million Huron-Prospect Building was opened, creating an emporium in what is now known as the city's Theater District.

Halle's was well regarded as a high-end department store, receiving praise for opening stores beyond the usual shopping district of Public Square in downtown Cleveland. When the flagship store expanded in 1927, Time Magazine extolled the business for helping to turn the city of Cleveland into a more metropolitan city and compared Halle's to Lord & Taylor, B. Altman and Co., R.H. Stearns, Marshall Field's, Bullock's, and Maison Blanche.

On the Fiftieth Anniversary of the Halle Bros. Co., the employees presented to Mr. Samuel H. Halle several volumes holding pages, one from each employee. In the upper corner was a record of the name, department, and years of employment. The rest of the page was a letter to Mr. Halle.

Although the company sustained losses during the Great Depression, business grew again after World War II as Halle's began developing suburban branches starting in 1948 under the leadership of Walter Murphy Halle, while completing a $10 million modernization at Playhouse Square that included a new service building on Prospect Avenue and the West Wing addition to its original building in 1949. Over time, the store came to be enjoyed by the city's carriage trade society, especially during the Christmas season when the flagship store had its very own popular version of Santa Claus, a man named Mr. Jingleing, who could be found, as a TV and radio jingle reminded kids, "on Halle's seventh floor" serving as Santa's "Keeper Of The Keys."

While the company outlasted many other department and specialty stores in Cleveland, the 1960s brought hard times to the family business. With the closing of Sterling-Linder Co. and Bonwit Teller, both located across from the main Halle's store in downtown, and the decline of Cleveland's Playhouse Square theaters, downtown shopping shifted to Cleveland's Public Square where rivals Higbee's and The May Company operated stores with easy access to Cleveland's Rapid Transit system. In 1956, the company attempted to counter this competitive disadvantage by leasing a number of buses from the Cleveland Transit System for the purpose of providing a free shuttle service from Public Square to Playhouse Square, a move initially seen as an interim measure pending completion of a proposed subway line under Euclid Avenue (a project for which voters had approved public financing in 1953). When the planned subway failed to materialize (then-County Engineer Albert S. Porter refused to go forward with the project believing that the future of local transportation was linked to the freeway), Halle's was forced to continue the shuttle service. Without the draw of other stores, and rising crime on Cleveland's near east side, it became more difficult for suburban shoppers to justify a trip to the flagship Halle's store.

Suffering from an overbuilt flagship, the abandonment of the downtown area, and overexpansion into outlying areas, the company was sold to Marshall Field's in 1970, under which it deteriorated, falling behind local rivals Higbee's and May Company. Attempts to lure less upscale patrons with mid-priced goods failed, forcing the 1974 resignation of then-president/CEO Chisholm Halle—Walter's son and the grandson of Samuel H. Halle, who had died in 1954. Field's did attempt to modernize Halle's look, investing in a brand make-over campaign in the 1970s, including retiring Halle's traditional Old English Script logo to a new logo that matched Marshall Field's logo, however, store sales continued to slide.

In November 1981, Field's sold Halle's (now numbering fifteen stores in Ohio and Pennsylvania) to Associated Investors Corporation, led by Columbus, Ohio businessman Jerome Schottenstein, whose primary holdings included the Value City discount store chain. At first, the sale seemed to hold promise for Halle's. Schottenstein attempted to allay community fears by placing full-page newspaper ads in which he promised to see to the continuation of the chain's traditions.

However, Associated Investors subsequently liquidated the company in 1982 with all the stores either sold or closed despite attempts to operate them as a smaller suburban six-unit operation. A location at Randall Park Mall in North Randall, Ohio was planned for the 1970s but was canceled. That space sat empty until a multiscreen cineplex was built there in the late 1990s.

Its former flagship store at Playhouse Square Center was redeveloped as offices by Forest City Enterprises with space for retail shops on the main floor and a food court in the former Downstairs Store. During the late 1990s, the building was also used as the main location of the fictional Winfred-Louder store in "The Drew Carey Show" on ABC.

Actress Halle Berry, who was born in Cleveland, was named for the famed department store.