Academy Hall is an academic building on the campus of Edinboro University of Pennsylvania in Edinboro, Pennsylvania. Originally known as Austin Hall for its architect, the hall has since been called a variety of names that reflected its use at the time, including Literary Hall, Commercial Hall and Music Hall. Built in 1857, Academy Hall is the oldest building at the university and the oldest normal school building in Pennsylvania.

Academy Hall as it looks today 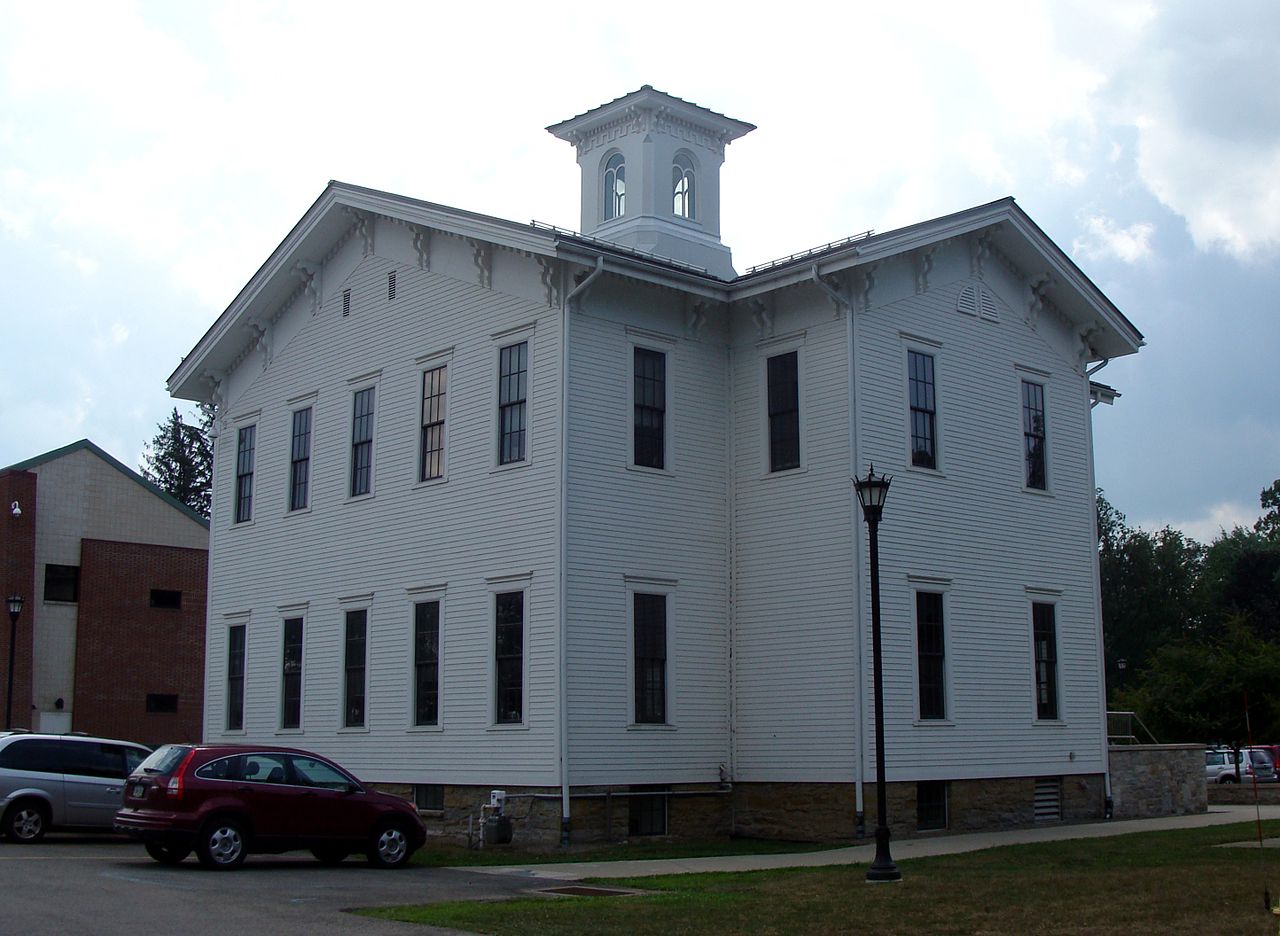 Rendering of Edinboro University in 1882. Academy Hall is on the front right of the drawing. 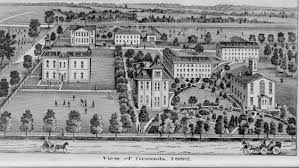 In 1855, the citizens of Edinboro elected to establish an academy in the community as the nearest secondary school was in Waterford, 10 miles away. The community applied for a charter in 1856 and succeeded in raising $3,000 for the purchasing of 1 acre (0.4 ha) and the construction of an academy building. The contract for the building was awarded to Nathaniel C. Austin, a local architect and carpenter. Austin Hall was completed in 1857 and was dedicated on December 14, 1857, the day before classes began.

During the construction, the Pennsylvania General Assembly passed the Normal School Act of 1857. The trustees of Edinboro Academy immediately decided to pursue certification as a normal school under the act. An additional 9 acres  were purchased and three more buildings erected: an assembly hall and two dorms. The academy official became the Northwestern State Normal School on January 23, 1861. It was the second such school in Pennsylvania, the first being at Millersville.

Academy Hall was moved approximately 200 yards (200 m) northeast to its present location in 1880. It was renamed Literary Hall the same year when its second floor became used primarily by the school's literary societies. From 1912 to 1917, the hall was used by business courses and classes for "secretarial skills" and became called Commercial Hall. In 1917, the building was used by music students and became Music Hall. The State Normal School became a State Teachers College in 1927 and a State College in 1960. The college's Alumni Office took over Music Hall in 1965 and renamed it back to Academy Hall. In 1983, Pennsylvania created the State System of Higher Education with Edinboro State College becoming the Edinboro University of Pennsylvania.

Academy Hall was left vacant in 1996. It underwent a $2.4 million restoration that was completed when it was rededicated on January 18, 2007 as part of the 150th anniversary celebration of the founding of Edinboro University. The hall now houses the university's admissions office.