Located, appropriately, in Treaty Rock Park, Treaty Rock is the site of a verbal agreement negotiated between a prominent leader of the Couer d’Alene tribe, Seltice, and German immigrant, Frederick Post. The agreement was reached in 1871 and a short, commemorative note was carved into the living rock to symbolize the event. A small, four acre park was developed around the site and it was added to the National Register of Historic Places in 1992. 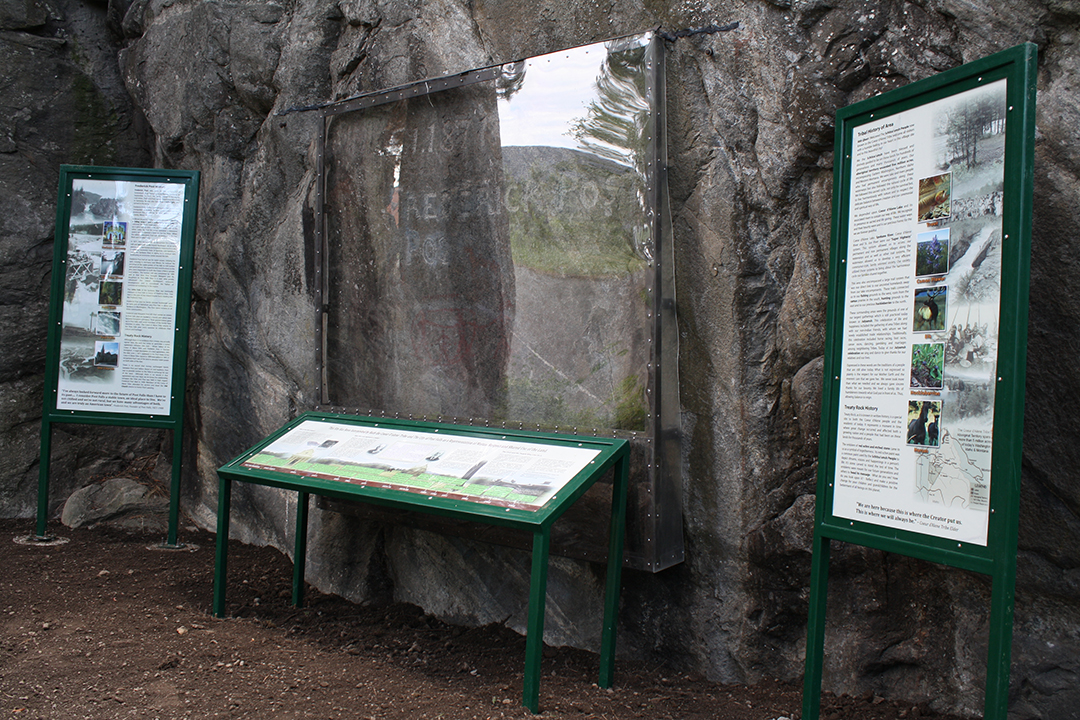 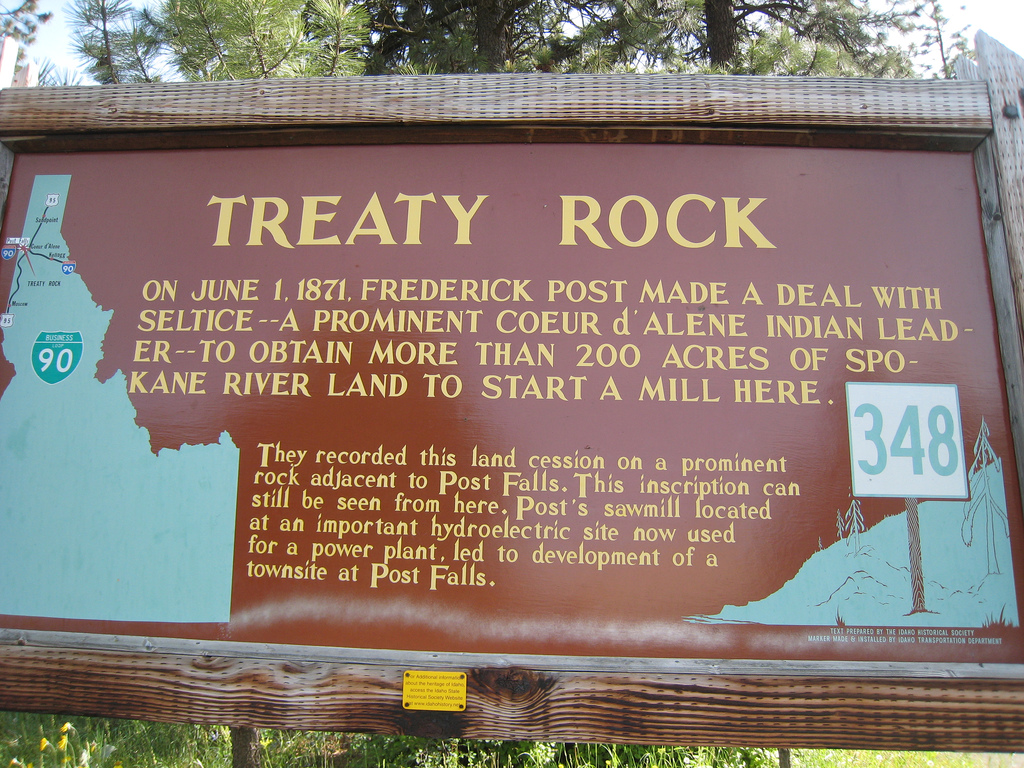 The "FRE" from "FREDERICK" carved into the rock. 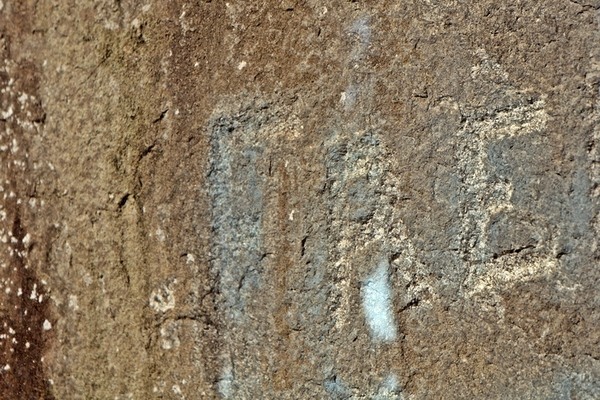 While there is no evidence that the treaty was actually signed at Treaty Rock many have come to recognize the site as the very beginnings of the town of Post Falls.  The full treaty, which wasn’t legally completed until 1891, granted Post 200 acres along both banks of the Spokane River to build, among other things a saw mill.  In return, the Couer d’Alene were to receive finished lumber from Post’s mill.  It is uncertain if that agreement was ever kept, but what is certain is that relations between Post and the Couer d’Alene remained amicable.  Post died in 1908 and members of the tribe attended is funeral.

The carving has since been encased in Plexiglas to protect it from vandals and three interpretive signs were added in 2012.  These signs convey both the Native American history of the area as well as that of Frederick Post himself.  They also present vintage Native American pictures and maps of the area.