The Eagle Hotel, also called the Stone Hotel, is a former hotel built in 1826 in Waterford, Erie County Pennsylvania. It was documented by the Historic American Buildings Survey in 1933 and was listed on the National Register of Historic Places on November 28, 1977. The first floor of the Eagle Hotel is used by the Sugar 'n Spice restaurant, with the second and third floors used as a museum by the Fort Le Boeuf Historical Society. 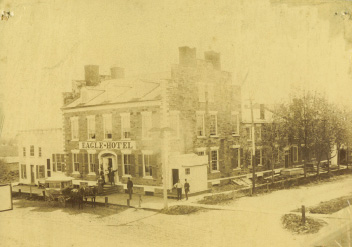 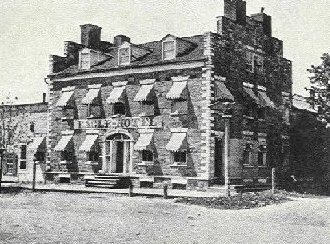 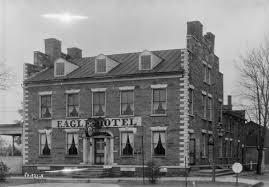 Eagle Hotel as it looks today 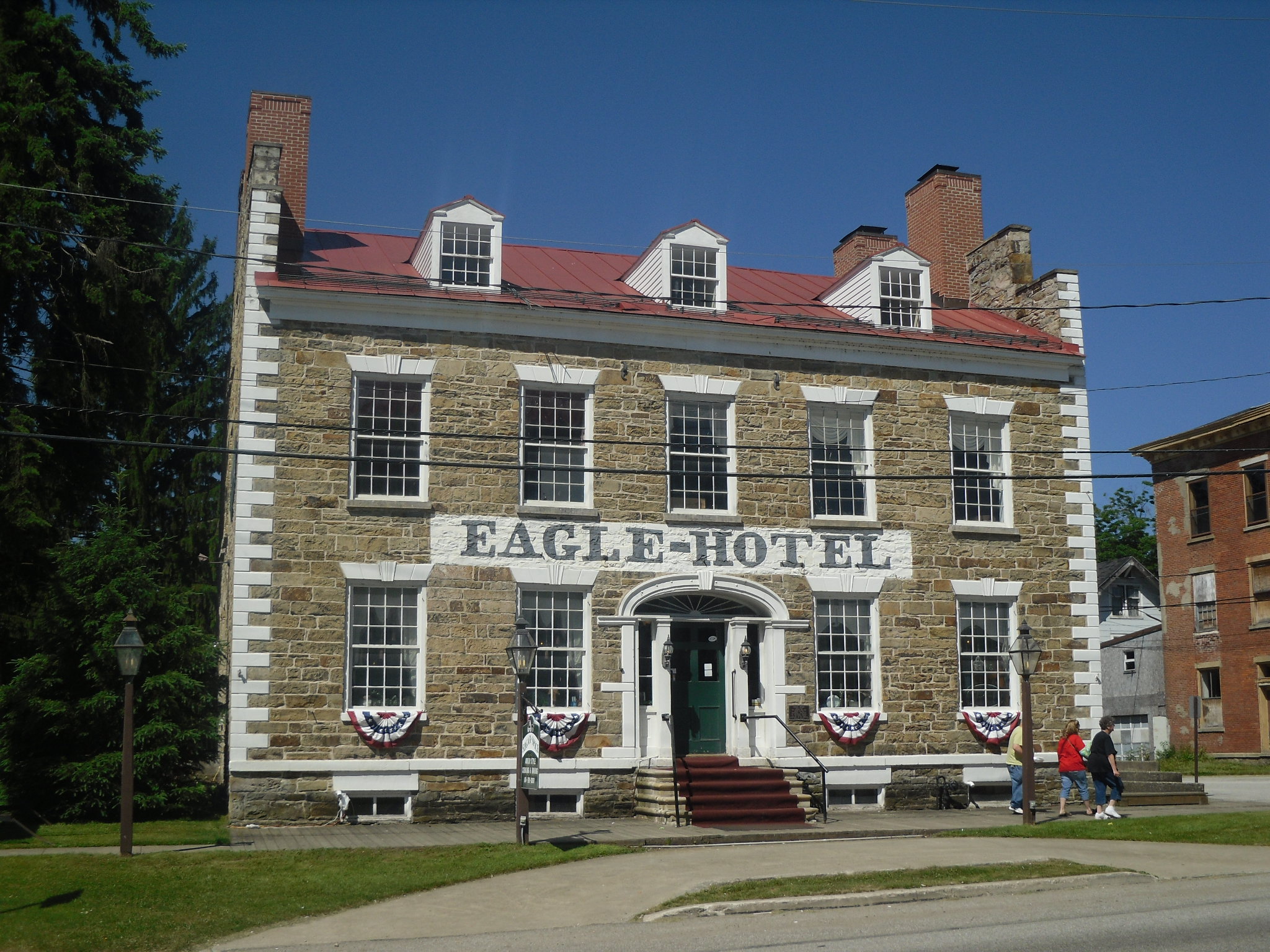 The Eagle Hotel was constructed in 1826 by Thomas King. It was built at a time when "plank road, turnpikes, canals and later railroads went through or near Waterford." Also, the Waterford was used as a "terminal and distribution point" for the developing salt industry in New York. The Eagle Hotel was documented by the Historic American Buildings Survey (HABS) in 1933. The hotel was listed on the National Register of Historic Places on November 28, 1977. The hotel was purchased by the Fort Le Boeuf Historical Society to preserve it and to prevent it from being demolished. The Eagle Hotel was renovated and the kitchen modernized from October 1997 to February 1998. A restaurant was opened in the hotel but closed several months later. In October 1998, the Eagle Hotel was leased by the owners of the Sugar 'n Spice in Titusville, PA to open another location of the restaurant in the hotel. The hotel was designated a contributing property to the Waterford Borough Historic District on March 9, 1990.

One famous guest of the hotel was U.S. President and hero of the Mexican War, Zachary Taylor.