Established in 1892, the Missouri History Museum preserves and promotes the state's history through its collection, exhibitions, and public programming. It is operated by the Missouri Historical Society. The museum boasts a large collection of 175,000 artifacts, some of which have national significance. These include items associated with aviator Charles Lindbergh and his trans-Atlantic flight and many artifacts from the Lewis and Clark Expedition. Other items in the collection include Colonial and Native American artifacts, artifacts from the 1904 World's Fair held in St. Louis, and state and city artifacts. It is possible to view and learn more of these items on the museum's website, which features an online collection.

Opened in 1892, and located in this building since 1913, the Missouri History Museum features a collection that is significant on the state and national levels. 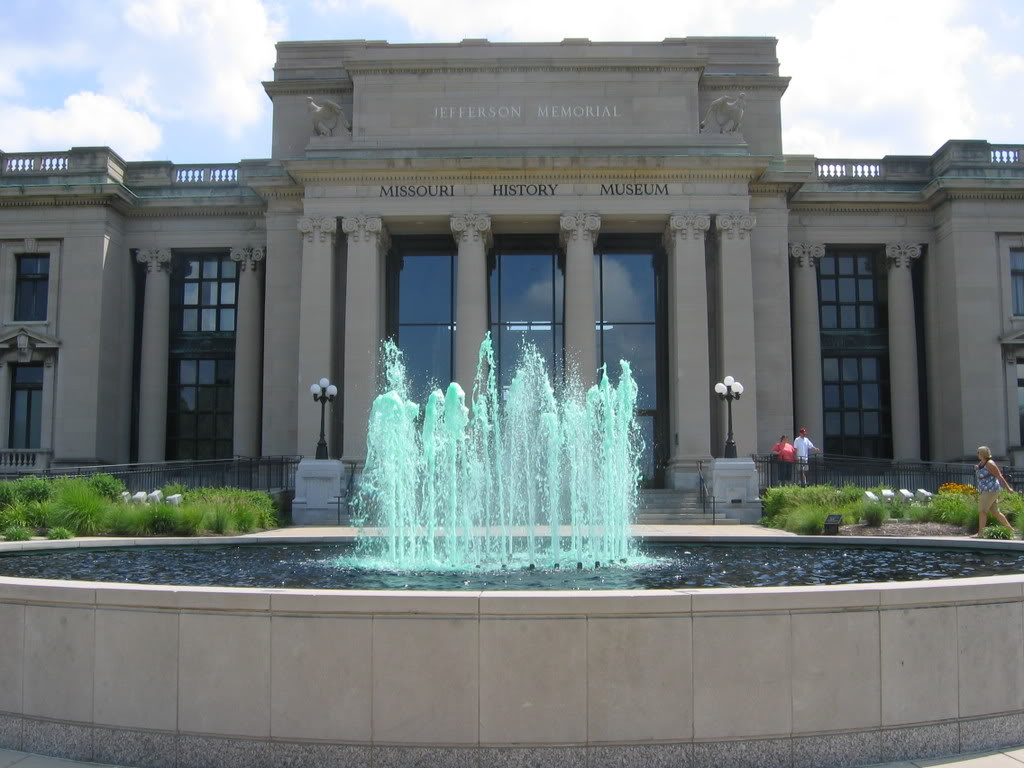 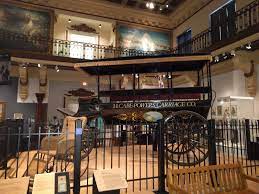 The Reading Room at the Missouri History Museum 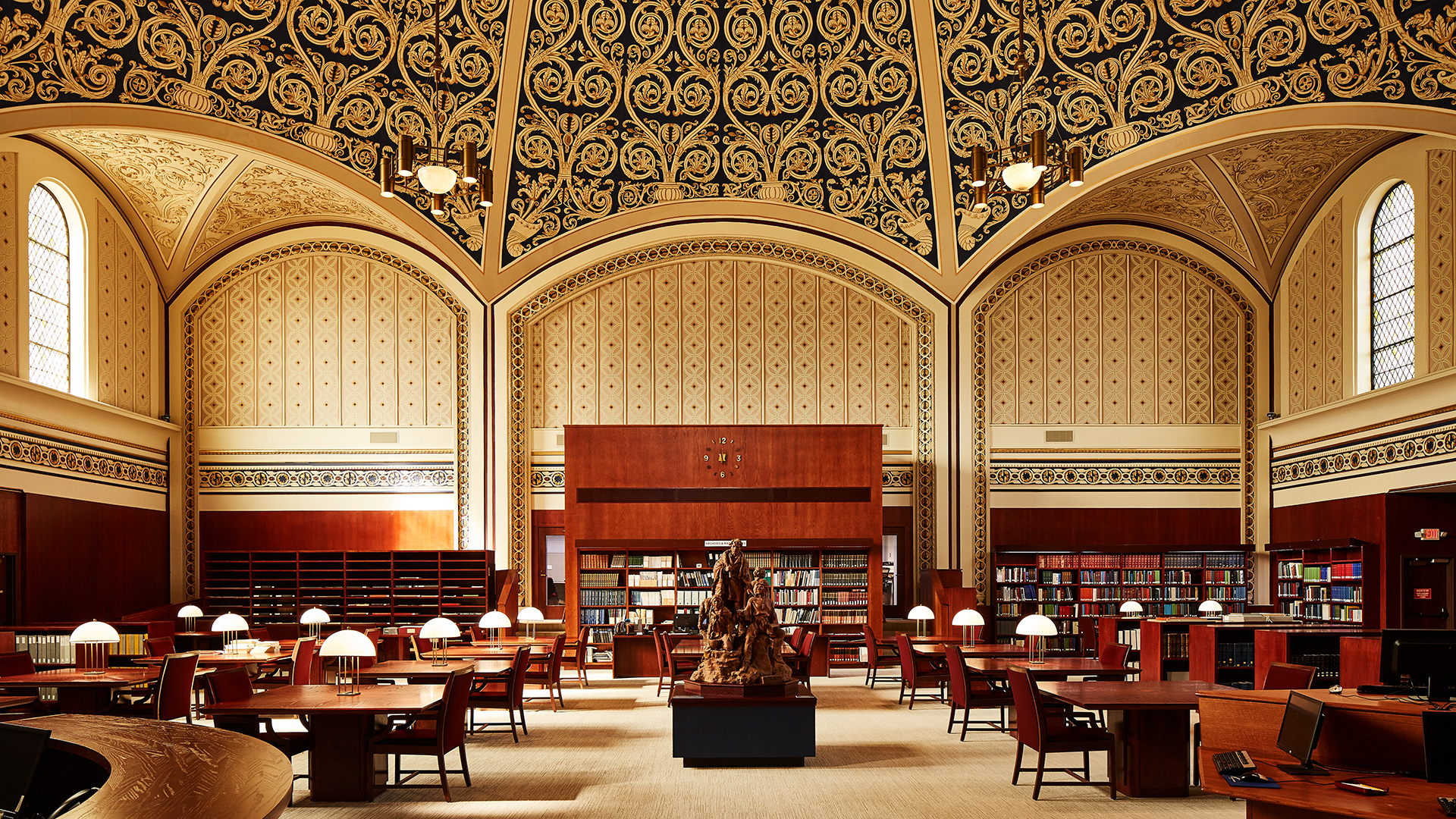 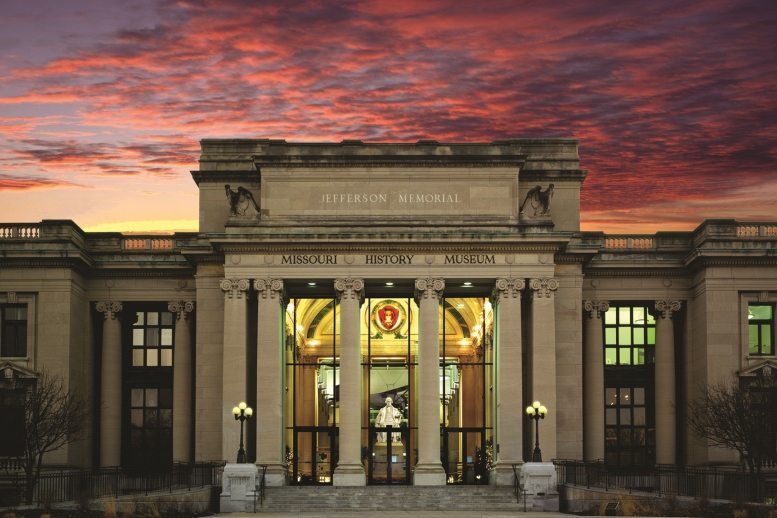 The Spirit of St. Louis exhibit, featuring the story of aviator Charles Lindbergh's trans-Atlantic flight, at the Missouri History Museum 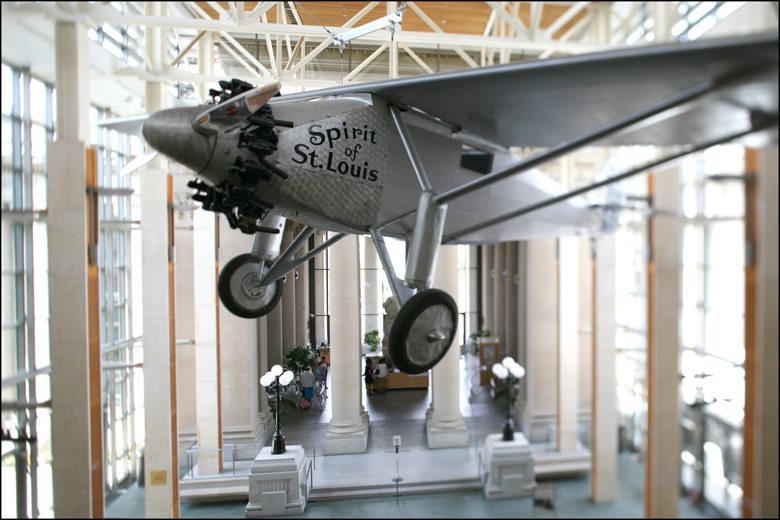 In 1866, civic and business leaders gathered at the Old Courthouse to establish the Missouri Historical Society, which was founded "for the purpose of saving from oblivion the early history of the city and the state." Initially housed in the Larkin mansion in downtown St. Louis, the organization began by collecting historical artifacts and hosting lectures for its membership. In 1892, the collections were opened to the general public for viewing, mainly in the hopes of attracting new sources of revenue. Following the 1904 Louisiana Purchase Exhibition, also known as the World's Fair held in St. Louis that year, formal planning began in earnest for the creation of a new building that would be constructed specifically as a public history museum.

Thus, although the Missouri History Museum opened in 1892, its first location wasn't permanent. It was not until 1913, when the current building was constructed, that it moved into a permanent space. Its construction was paid for in part by profits from the 1904 World's Fair, and the new building was also intended as a memorial to U.S. President Thomas Jefferson. Nearly a century after the museum moved into the new building, it expanded considerably in 2000, with the addition of classrooms, galleries, an auditorium, and a restaurant. Today, the museum's galleries showcase permanent as well as temporary exhibits on topics such as the history of Forest Park, the Mississippi River, the 1904 World's Fair, Women's Suffrage, St. Louis Music, and the Civil Rights movement.

In addition, the museum's Library and Research Center contains over a million photographs and prints in its extensive collections. These collections provide archival resources for scholars, students, and the general public on subjects of national interest, such as westward expansion and the history of railroad transportation, along with local history and genealogical studies. The Library and Research Center is considered the premiere regional repository of historical documents related to the city of St. Louis and the state of Missouri, the Mississippi and Missouri River Valleys, the Louisiana Purchase Territory, and more broadly, the western U.S. Since many of these documents have been digitized, they are currently accessible in online databases and the museum's collections are now accessible via the internet all over the world.