(From Independence Presbyterian Church official website) "Independence Presbyterian Church had its beginnings in 1837. In October of 1854, the Old Stone Chapel was opened and dedicated. After nearly fifty years, the local stone quarries were closed and most of the congregation moved away. In 1905, the church had to be closed until 1925, when a group of twenty met and the church was reopened. After a period of growth, the education building was erected in 1954. The Old Stone Chapel was no longer able to serve the needs of a growing congregation, so a new sanctuary was built. The first service was held on Christmas Eve of 1966. Today, we continue to grow while serving a growing community."

Independence Presbyterian as it looks today 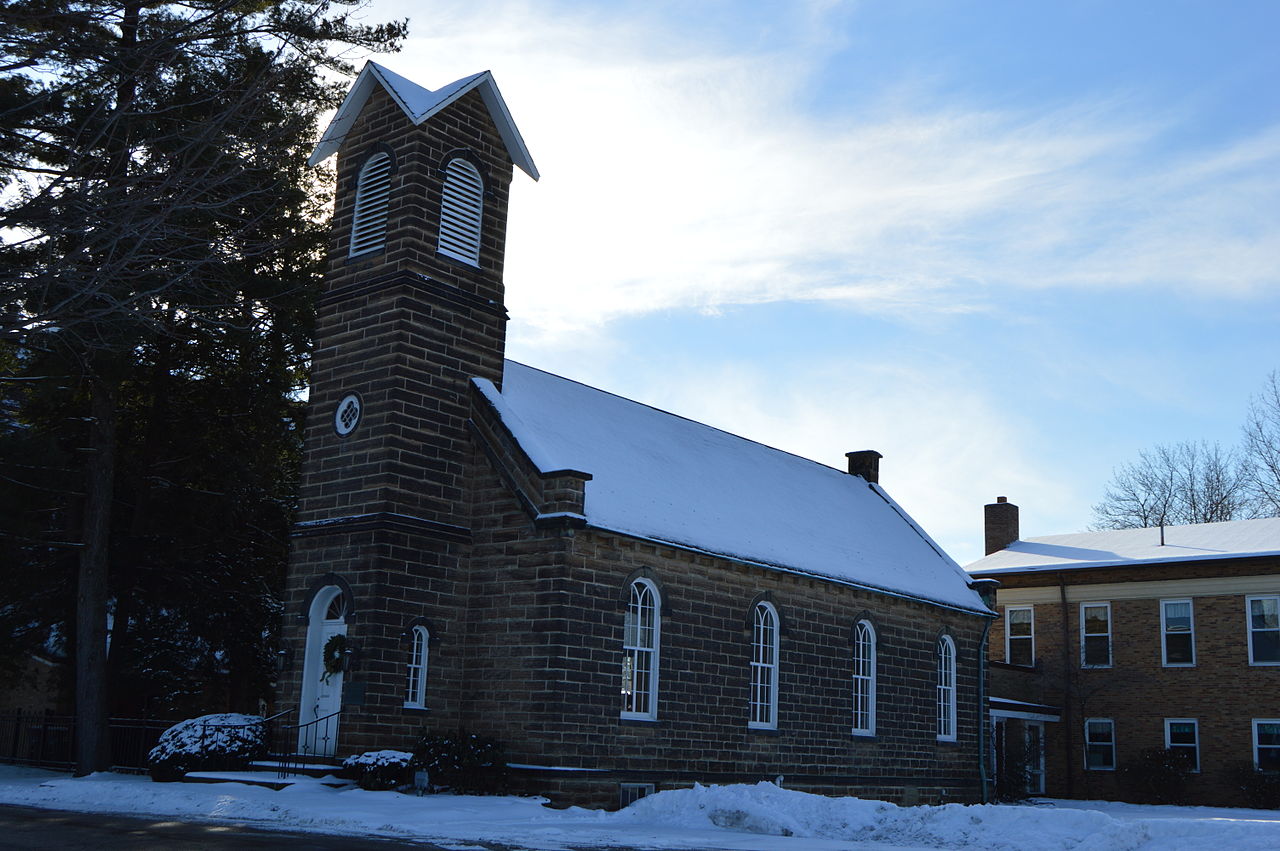 Independence Presbyterian is largely a stone building; both the foundation and the walls are stone, and the roof is slate. The structure is that of a gabled rectangle with a square tower at the front, in which is placed the main entrance. The top of the tower includes a belfry with louvering. The overall design is simple with comparatively little ornamentation, although a significant counterexample is the building's back wall, which prominently features a petroglyph.

Local Presbyterians were organized into a congregation in 1837, but nearly two decades passed before the building was built; it was constructed in 1855 according to a design produced by Jacob Merkle. The local economy at the time was heavily dependent on nearby stone quarries, and the congregation was no different: when the quarries closed in 1905, the congregation was also disorganized. After twenty years of vacancy, the building became home to another Presbyterian congregation in 1925. Growth forced the building's replacement in the 1960s, and a new structure was finished on an adjacent property in 1963. Since that time, the old building has generally been used only for special events. The congregation remains an active part of the Western Reserve Presbytery of the Presbyterian Church, USA. In 2012, the church celebrated its 175th anniversary.