The National House was originally built in 1828, and operated as the White Hall Hotel for many years. Charles Dickens stayed at White Hall Hotel with his wife in 1842. It was at this time that he proclaimed the couple had enjoyed the "best beefsteak... in America." The historic hotel has hosted presidents such as Martin Van Buren and countless celebrities. The National House is no longer a hotel but rather an apartment complex with a bar and restaurant and retail outlets on the first floor.

The National House in 1830, as depicted by William Wagner. The building was originally called the White Hall Hotel. 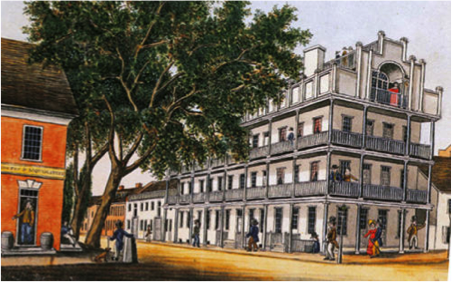 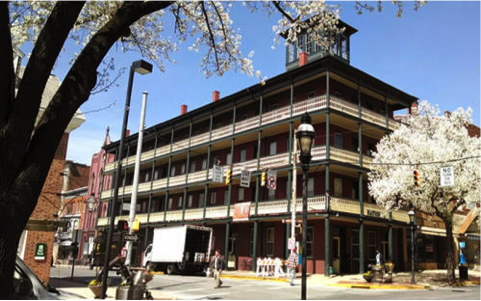 The building as it appeared in 1875 compared to the current appearance. 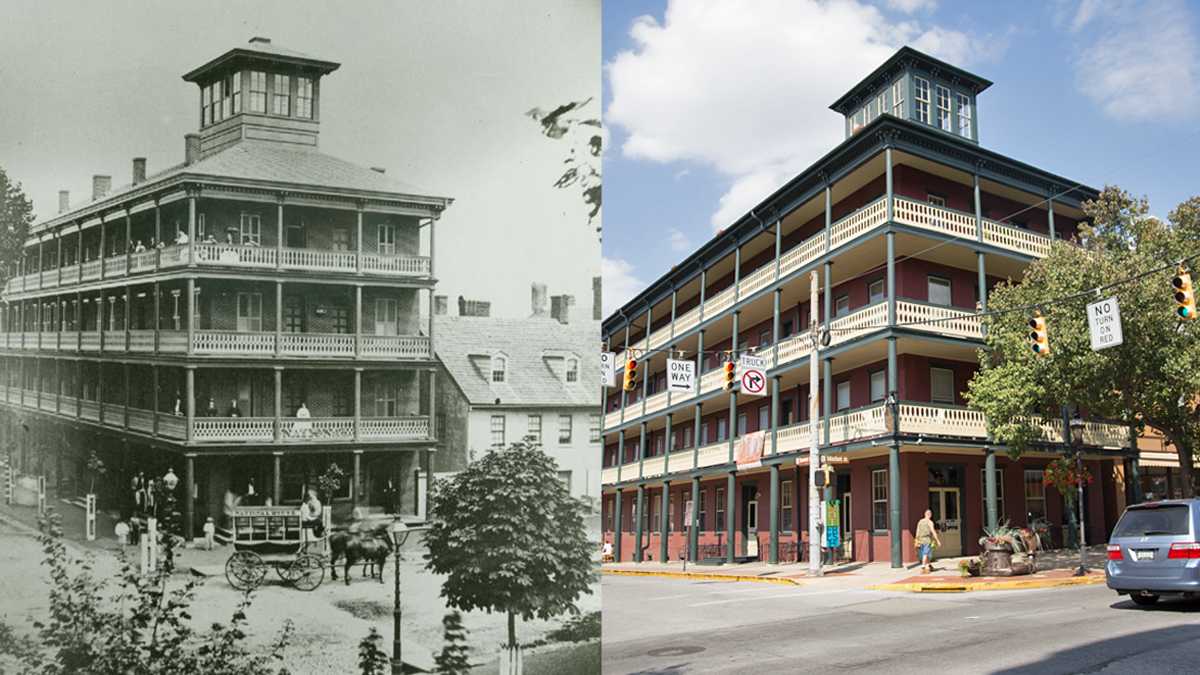 The original design of this historic hotel featured wrap-around balconies, a feature that is once again present in the restored apartment and retail building.In 1875, the building was remodeled and the balconies were removed. A fire on September 27, 1879 destroyed the building and despite several attempts to rebuild, it was not until 1903 that a new building was completed.

The building was remodeled in the 1920s to match the styles and economic boom of the era. The new owner, W. A Reist, added suites and retail outlets on the first floow such as Jacks', which sold ladies clothing. This store could have sold clothing to the new type of woman, the flapper. The flapper was a girl who broke from the long Victorian dresses and long hair filled with curls. Instead these girls bobbed their hair and raised their skirts to right below the knee. The National House shared this trend with women by removing the Victorian balconies in favor of sleek and straight lines.