The Battle of Salt River Canyon, the Battle of Skeleton Cave, or the Skeleton Cave Massacre was the first principal engagement during the 1872 Tonto Basin Campaign under the command of Lieutenant Colonel George Crook. It was part of the Yavapai War from 1871 to 1875. 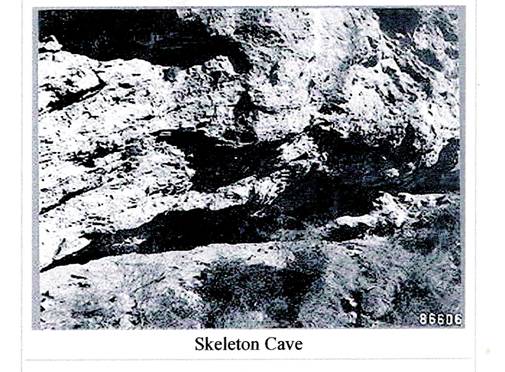 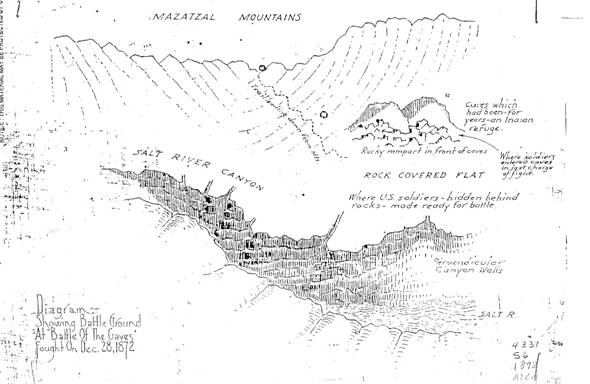 Gen. George Crook. Photo taken during the commencement of the Tonto Basin Campaign 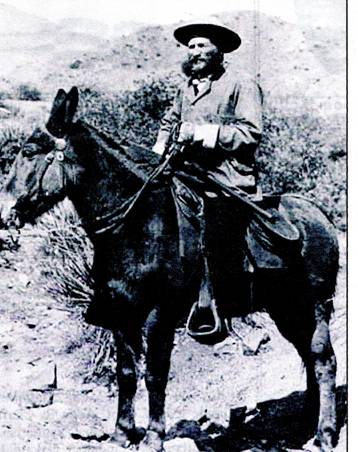 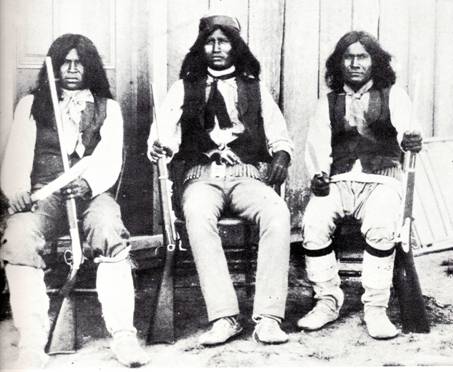 Soldiers firing down at the cave. Sketch, "Ross's Attack" by Frederic Remington, for Century Magazine, March, 1891. 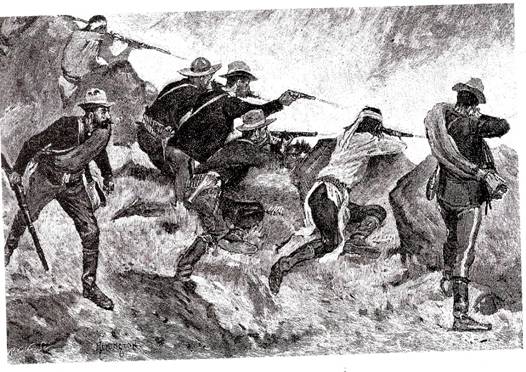 Black and white photo, late 1890s possibly, of men documenting battle. Visible are the skeletal remains of the dead from the battle 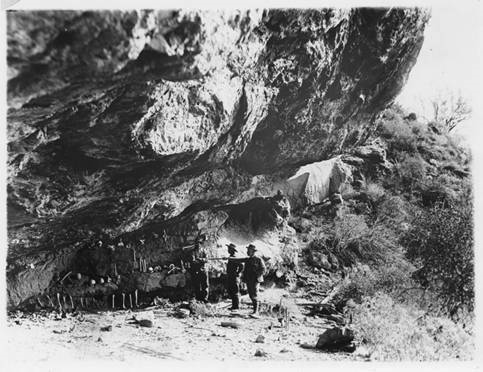 *The location is approximate. To hike the trailhead to the cave is a high level hike that can take around 4 hours or more. Because it is situated near modern day Horse Mesa Dam, hikers are to be cautious not to trespass into government lands!

On December 28, 1872 Crook's men encountered the Yavapai stronghold at Skeleton Cave located in Salt River Canyon. Crook's force composed of 130 troopers from the 5th Cavalry Regiment led by Captain William H. Brown and another thirty Apache Scouts. The army took up a position around the mouth of Skeleton Cave and surprised the natives when they tried to leave. Surrounded, the warriors refused to surrender and the soldiers opened fire. Some of Brown's men aimed for the roof of the cave, causing the deaths of women and children within the cave. Others, who were personally accompanied by Crook, rolled rocks and boulders down from the cliffs above Seventy-six dead were found in the cave afterward. A few who were captured were taken to Camp Grant. Among the dead within the cave was Chief Nanni-chaddi, who had claimed that no soldier would ever find his stronghold there. Crook followed up this victory with another at Turret Peak several weeks later. The Apaches soon made peace at Camp Verde in 1873 though some skirmishing continued into 1875.

Although efforts were made to preserve and protect the area, its geographic and topographic locale has made it difficult. There have been many reports within the last 100 years concerning looting in the cave.