The 1890s Hotel, originally built by a brewing family, was a popular destination for tobacco buyers and sellers, and was a place where they could conduct business in a comfortable atmosphere. It burned to the ground in 1991 after being partially renovated.

Carlton Hotel as it looked in the 1970s. 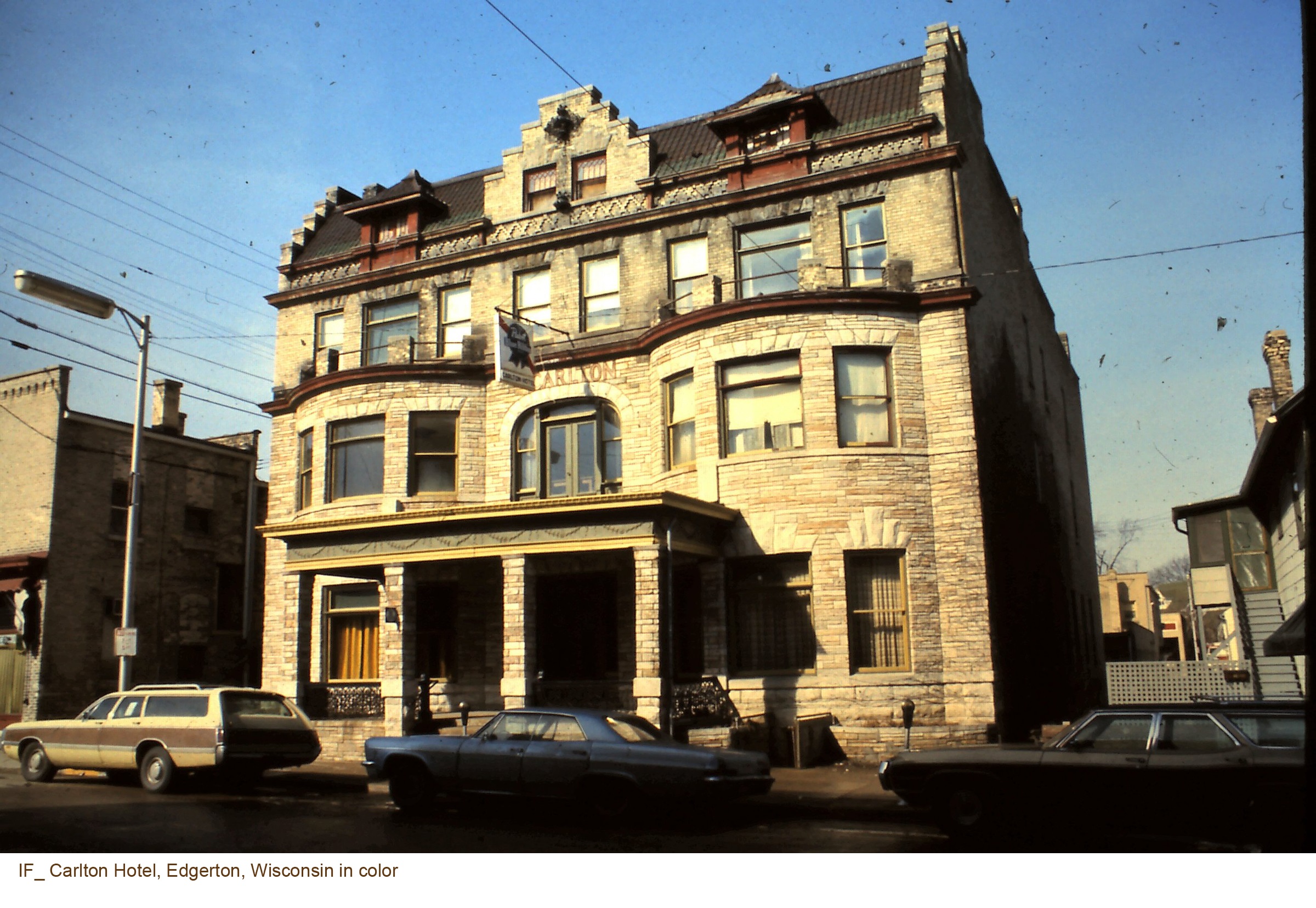 Edgerton, named after Elisha and Benjamin Edgerton who first settled the area, became a hub for tobacco farming in the late 1800s. After the collapse of wheat farming in southern Wisconsin due to pests, exhausted soils, and frequent droughts, many farmers began looking for cash crops that could help them pay their bills. Tobacco was the preferred choice for farmers, due to a favorable climate/soil and its demand tied to the addictive nature of nicotine. Edgerton area farms quickly began planting and harvesting heaps of tobacco leaves, which would end up becoming "plugs" of tobacco that were chewed or snuffed. During the heyday of production, there were at least 52 different tobacco warehouses in the city (several of which are still standing today) and the money from this industry paid for the fine Queen Anne style homes that dot Washington Street. Hotels also sprung up, due to the demand for buyer accommodations. The Carlton Hotel served this clientele well and the building's now faded opulence was a testament to the wealth of tobacco merchants.