Magnolia Mound Plantation is a rare survivor of the vernacular architecture influenced by early settlers from France and the West Indies. This venerable landmark is unique in southern Louisiana not simply because of its age, quality of restoration, or outstanding collections, but because it is still a vital part of the community. Through educational programs, workshops, lectures, festivals, and other special events, Magnolia Mound's mission is to illustrate and interpret the lifestyle of the French Creoles who formed the fascinating culture which still influences and pervades life in southern Louisiana. The plantation house, now surrounded by an urban setting, was once the center of a 900-acre operation with frontage on the Mississippi River. The main house was built in 1791 as a small settler's house and as prosperity came to the lower Mississippi Valley, the house was enlarged and renovated in 1802-05, to become the elegant seat of a major landowner. Spanning the colonial era and early statehood, Magnolia Mound's collection of furnishings and decorative arts include one of the foremost public groups of Louisiana- made objects, in carefully restored and documented settings. The object collection includes locally made furniture from Louisiana's colonial period, as well as French pieces that illustrate the ties of the sophisticated planter with his family in France. Inventory records and accounts from the period indicate that prosperous local planters purchased fashionable Federal-style objects from the eastern seaboard. Decorative art items also include English and French ceramics, crystal and furniture obtained through the major port of New Orleans and locally made textiles. The collection includes objects that help to convey the distinctive taste of this large Catholic family in south Louisiana. Of the 900 original land-grant acres, we retain 16 acres. 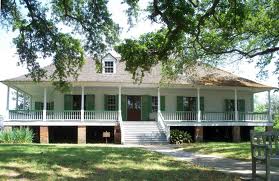