Villa Finale was originally built as one-story, four-room home in 1876 by hardware merchant Russel C. Norton. From the 1930s through the first World War, the Italianate style mansion served as a boarding house. In 1967, however, the home was purchased by Walter Nold Mathis, a philanthropist who invested in the structure's preservation. In 2004, Mathis donated the site to the National Trust for Historic Preservation, and since 2010 the mansion has housed a large collection of 19th and 20th century antiques. 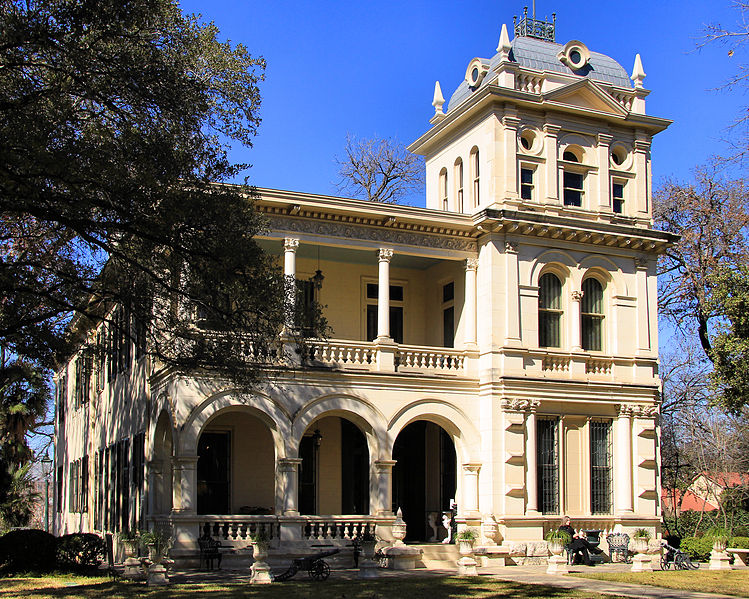 Walter Nold Mathis's family history began in the 1800s in San Antonio, and he possessed a deep pride in his local roots. For twenty years, Mathis served as president of San Antonio's Historic Review Board.

Beginning in the 1960s, Mathis began purchasing historic homes in order to preserve their legacy. It was 1967 when he purchased Villa Finale in the King William District, a once prosperous neighborhood, especially for wealthy German families in the late 19th century. Ever since a flood in 1921 damaged the neighborhood, however, the King William District had not returned to its original prestige but became ran down and full of crime. The mansion that Mathis purchased had been converted into a boarding house in the 1930s, and no one understood why he would buy a property in that ramshackle area; Mathsis was a visionary though, and he would not stand for the historic structure to go down without a fight.


He spent two years painstakingly restoring the mansion, calling it "Villa Finale" to signify that it was the last house he'd call home. Mathis went on to purchase over a dozen King William homes, beginning restoration projects on them and then selling them to buyers who were interested in continuing the restorations and preserving the neighborhood's history as well as celebrating its rebirth as a historical and architectural oasis.

Besides being a preserver of historical structures, Mathis was an avid antique collector. Today, much of his collection of 19th and 20th century furniture as well as Texan art can be seen at Villa Finale. Guests of Villa Finale will also notice another theme in the Mathis collection: he was particularly interested in relics related to Napoleon Bonaparte.

In 2004--before he passed away the following year--Mathis donated Villa Finale and his antique collection to the National Trust for Historic Preservation.