The Grand River (Fairport Harbor) Light is located in the village of Fairport Harbor, Ohio. The lighthouse was built in 1871 and has a 60-foot tower with a detached keeper's house. The light was decommissioned in 1925, replaced by the Fairport Harbor West Breakwater Light. At one time the Coast guard considered using the keeper's house to house their personnel and demolish the tower but a letter writing campaign by local residents prevented it from happening. In 1945 the Coast Guard turned over ownership of the light to the town. The tower is open to the public and the keeper's house currently serves as the Fairport Harbor Marine Museum and Lighthouse (the first of its kind in the country), operated by the Fairport Harbor Historical Society. Visitors can climb the lighthouse for a view of the harbor. Founded in 1945, the museum features exhibits about the history of the lighthouse and its keepers, a Fresnel lens, lifesaving equipment, life on the Great Lakes, ship models and maritime artifacts. There is a gift shop. The former pilothouse from the Great Lakes carrier the Frontenac is attached to the museum's building. The museum is open seasonally, and is located at 129 Second Street. The lighthouse and museum are said to be haunted. Legend has it that a ghost cat haunts the facility. Volunteers and tourists alike have reported feeling a cat rub against them, although the cat is never seen. 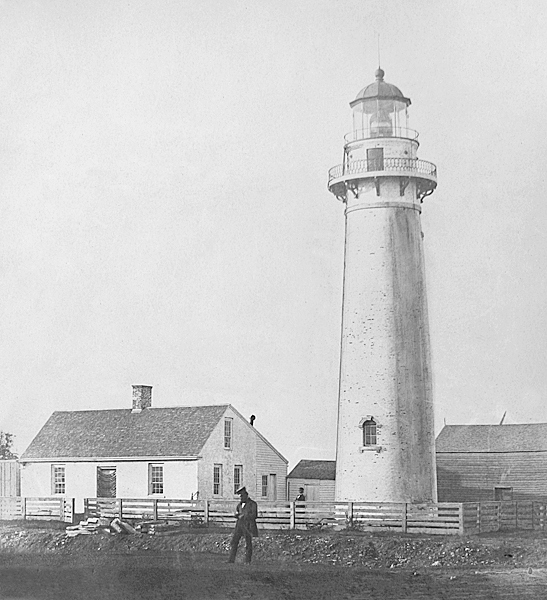 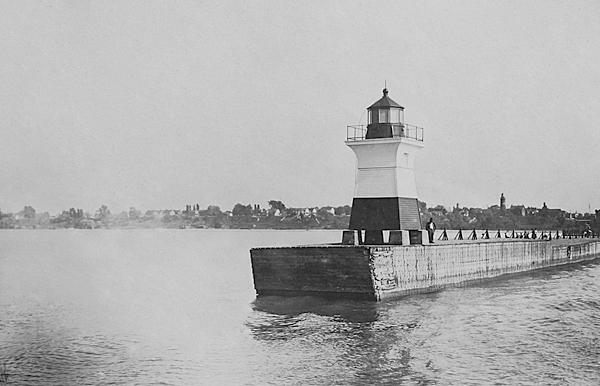 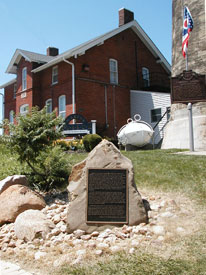 Fairport Harbor as it looks today 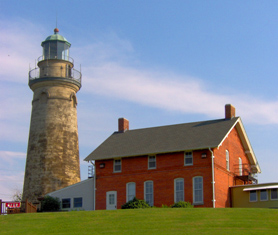 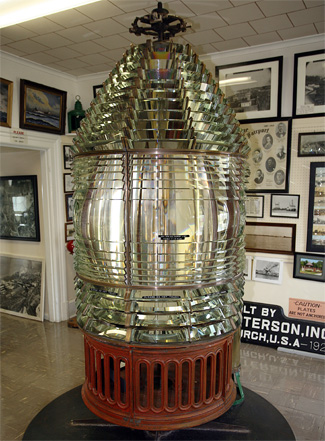 Besides providing crucial services for maritime travel and trade along the Great Lakes and northern Ohio coastline, Fairport Harbor was also a key instrument in the history of the LDS church in Kirtland, Ohio. This comes from the Mormon Historic Sites website:

"Fairport Harbor was important for the Latter-day Saints coming to and leaving Kirtland, Ohio. Fairport lies approximately twelve miles northeast of Kirtland on the shores of Lake Erie. Oliver Cowdery described Fairport as “an excellent harbor, and [it] affords a safe moorage for shipping.”1 Many Saints passed through Fairport Harbor on their way to Kirtland to join members of The Church of Jesus Christ of Latter-day Saints who gathered there. Likewise, many missionaries passed through Fairport harbor on their way to preach the message of the restored gospel, including the first mission of the Quorum of the Twelve Apostles to the Eastern States in 1835 and the Church’s first mission to England in 1837.

Additionally, Joseph Smith was reunited here with his ninety-three-year-old grandmother after she traveled to see her children and grandchildren.2 Joseph gave her a blessing and referred to her as “the most honored woman on earth.”3

In 2003, the Mormon Historic Sites Foundation funded this historic plaque, to be placed near the prominent Fairport lighthouse. Mayor Frank Sarosy helped unveil the marker, which pays tribute to the more than 3,000 members of the Church who passed through the harbor.4 A museum exhibit entitled “Fairport Harbor: Gateway to the Gathering” is on display at the Fairport Harbor Museum during the spring and summer and will be displayed at the Lake County Historical Society during the fall and winter. It was also funded and created by the Mormon Historic Sites Foundation."