Founded in 1975 as the Western Heritage Museum in Omaha's former Union Station, The Durham Museum is a regional history museum and also offers traveling exhibits that cover history, culture, science and industry. It is an affiliate of the Smithsonian Institution and many of these exhibits come from that institution as well as the Library of Congress, the National Archives, and the Field Museum (in Chicago). Highlights of the museums collection include rare coins, documents and books, and model trains. 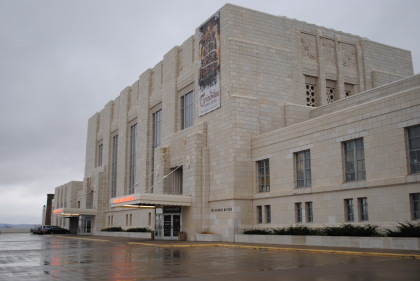 Union Station opened in 1931 as one of the best examples of Art Deco architecture in the country. It soon became a very busy train station, handling 10,000 passengers a day on 64 trains. The station closed in 1971 and was given to the city two years later. The museum opened in 1975 and exhibited small exhibits about regional history. The museum built an addition in 1995 and renamed itself in 1997 as the Durham Western Heritage Museum. It became an affiliate of the Smithsonian Institution in 2002.