The Church of St. Francis Xavier, also known as Chippewa City Church, was built in 1895 and is located about one mile east of Grand Marais, Minnesota. It was placed on the National Register of Historic Places in 1985 and has been owned by the Cook County Historical Society since 1998. It was built by Catholic priests of the Society of Jesus (Jesuits) to serve as an Chippewa Indian mission. It is one of the few remaining 19th century indian missions in the state and the only building left of what was once a community called Chippewa City. 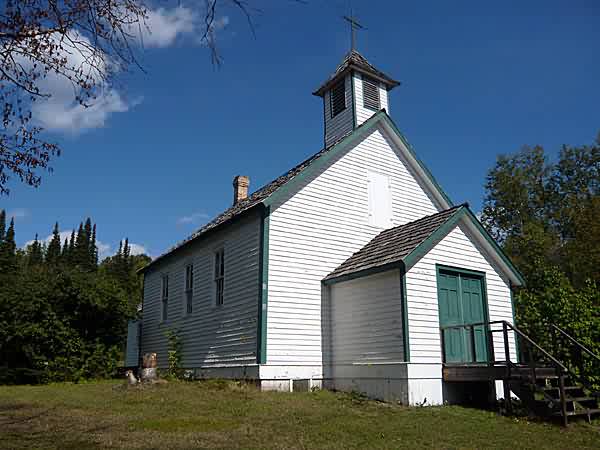 A view inside the church 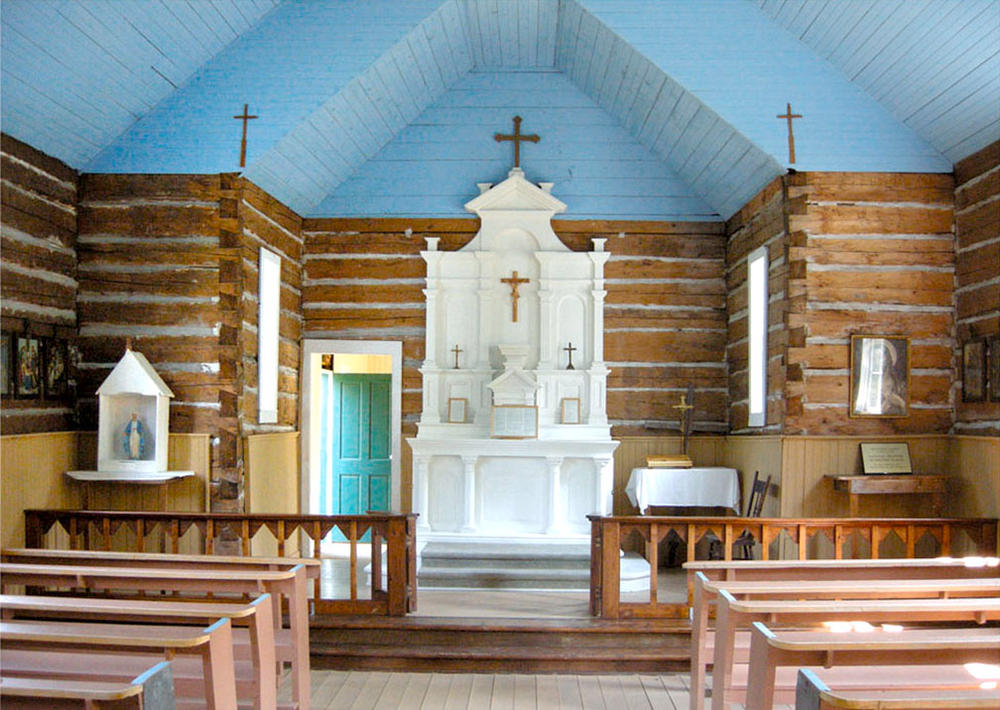 The Jesuits began their missionary work in the area in 1855 (they came from Fort William, Ontario) and decided to build a church in Chippewa City, which had grown to a community of about 75 Chippewa families. The Jesuits served until 1907 when the Benedictine priests took over. Over time, the population began to decline and the last mass took place in 1958. The historical society acquired the property in 1998. Restoration efforts began at that time and continue today.