Listed on the National Register of Historic Places, the Two Harbors Light Station is the oldest operating lighthouse in Minnesota. It was built in 1892 and is owned and operated by the Lake County Historical Society as a museum and as the Lighthouse Bed and Breakfast. The property consists of six buildings: the lighthouse, the assistant keeper's residence, the fog and signal building, the Frontenac Pilot House, the skiffhouse, and the garage. Only the lighthouse, the assistant keeper's building, and the pilot house are open to the public. The keeper's building has been restored to the late 1800s and contains exhibits about shipwrecks in Lake Superior as well as the development of Agate Bay. The historical society is responsible for the maintenance and operation of the light. 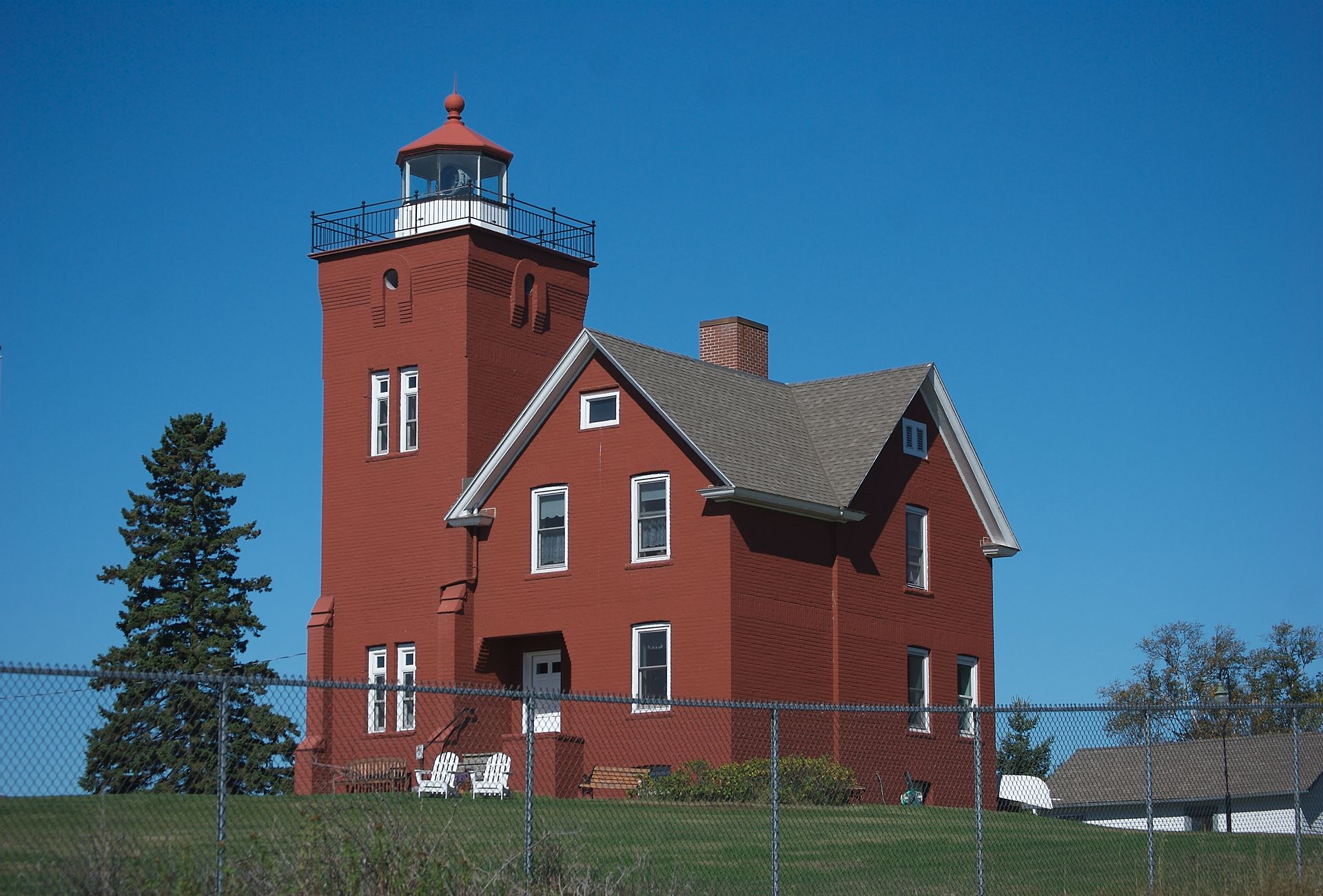 By the mid-1880s, the Duluth & Iron Range Railroad—established by the Minnesota Iron Company—began transporting and shipping iron ore from Two Harbors. It became clear that a lighthouse was needed to help ships navigate in the waters around the bay. Congress authorized its construction in 1886 and it was completed in 1892. The lighthouse was automated in 1981 which negated the need for a keeper. The U.S. Coast Guard leased it to the historical society, which began offering tours. The society fully acquired the property in 1999 and opened a bed and breakfast in order to raise funds to operate the lighthouse.