The McIntyre Farm is the site of a 1780 skirmish between a large number of British Loyalist and a significantly smaller number of unorganized Patriot militia. The event is called the “Battle of the Bees” or "The Battle of the Hornets Nest". The name is reference to role of Beehives, upset by the British during the event with the North Carolina farmer led militia. The success of the militia over the British would prove to contribute to the British retreat from North Carolina just weeks after its initial occupation. Upon retreat, the leader of the occupying British army would refer to this battle, when deeming North Carolina a “hornets nest”, leading to the permanent adoption of the term among proud North Carolinians to this day. 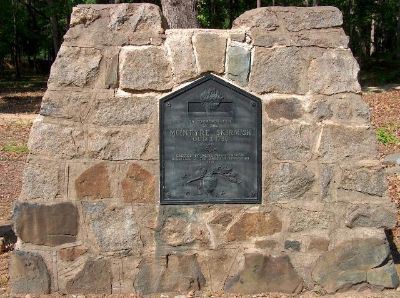 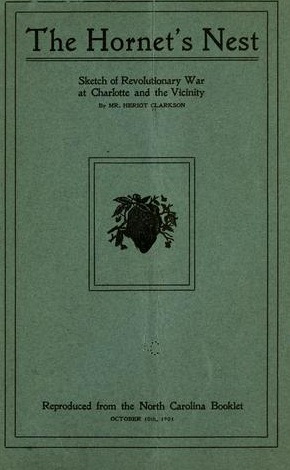 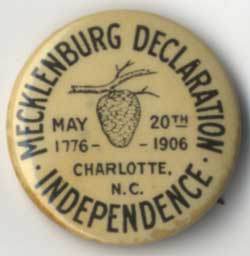 City of Charlotte Seal with the Official Beehive 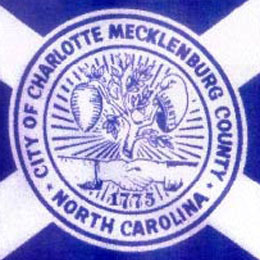 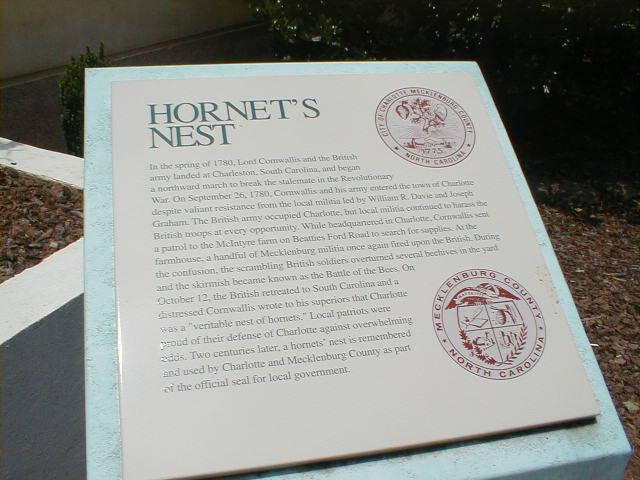 In the spring of 1780, Lord Cornwallis, a leader in the British military during the Revolutionary war, led his troops into Charlotte. Cornwallis had just completed an occupation of Charleston, and had managed to severely damage the number of soldiers remaining in the southern Carolinas. His objective was to continue forging a path through northern South Carolina, and into North Carolina, where he would continue to spread British control by killing Patriots and rounding up the remaining Loyalists for support. As he entered Charlotte, he faced little conflict from an actual army, however struggled to overtake the throngs of local militias that self organized in order to defend their towns and villages.

At the time, Charlotte was hardly a city, and considered a smaller community, valuable to the British because of the large number of mills that existed in the area. Additionally, eliminating Patriots in North Carolina would isolate the remaining Patriots in South Carolina, further lowering their harmful potential. As the local militia was widely outnumbered by the invading British army, Cornwallis was able to occupy the city. However, the militia continued to react hostilely, continually harassing the British army. Additionally, the number of expected Loyalists was much lower then Cornwallis had expected. This resistance rendered Cornwallis unable to assume supplies from within the city. He sent several of his men north of the town to raid a farm in search of supplies.

Local militia followed a group of unsuspecting Loyalists to the McIntyre Farm Site. While the Loyalists pillaged the farm for food and supplies, the McIntyres, and other local farmers surrounded the British. When the farmer militia began to fire on the Loyalist soldiers, they were so abruptly jolted they knocked over a series of beehives. This event, coined a “skirmish", would become known as The Battle of the Bees, or the Battle of the Hornet's Nest. A short time after this, the British retreated from North Carolina back to South Carolina, and Cornwallis wrote to British officials describing North Carolina as “a hornets nest of rebellion”.

The local North Carolinians were so ironically honored by this term they adopted it, and two centuries later the symbolism is evident throughout numerous factors of Charlotte and Mecklenburg County insignia. The Charlotte Hornets are the city's pro basketball team, the bee’s nest is used on local seals, including the police and fire force, and many other local organizations have embraced the term in their own monikers.

Today, visitors can view the historical site where the skirmish took place. A short trail leads guests through the site where the event occurred, and interpretive signs describe the actions of those involved. A monument marks the battle site, commemorating the militia and individual’s involved.