Powhatan Historic State Park is a state park located in Lawrence County of Arkansas. The Park was originally known as the Powhatan Courthouse State Park, as it houses, in addition to many other structures, what was at one time the Powhatan courthouse. The courthouse now serves as a museum, displaying items that are of historical and cultural significance to the area.

A view of the Powhatan Courthouse. 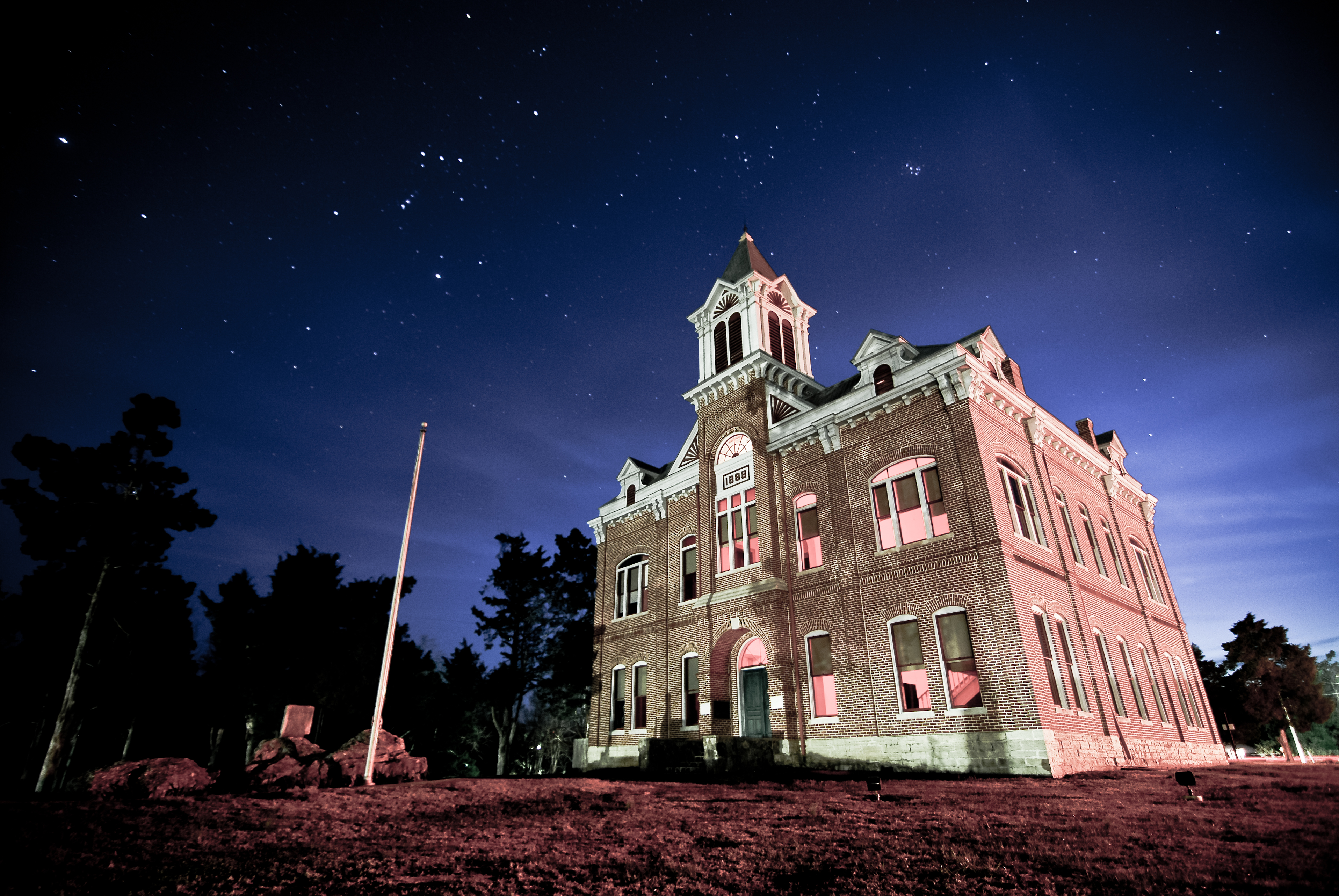 As steamboats were beginning to come into circulation in the 1830s, river exploration was burgeoning, which led to the establishing of numerous settlements along the Black River. One such settlement was Powhatan, established in 1837 and named after the Native American chief, who was the father of Pocahontas. Powhatan was a small settlement, but it continued to grow for several decades, and in 1869, it was elected as the seat of government for Lawrence County, Arkansas. A courthouse was built to commemorate the event, and after years of construction, it was completed in 1873. It burned down in 1885, however, and was replaced by another courthouse in 1888. Despite being the seat of government for Lawrence County, Powhatan was not on the route established for the Kansas City-Memphis railroad, and as a result, the town began to slowly fall out of the high favor it once had.

Decades later, Lawrence County decided to transfer its major county functions to Walnut Ridge, leaving Powhatan with few responsibilities. As the town had fallen into seeming disrepair, the Lawrence County Historical Society, alongside the Lawrence County Development Council, decided to begin restoring the courthouse and many other important sections, with renovations ending in 1970. Ownership of the locale was transferred to Arkansas State Parks in 1979, and the organization began restorations of other buildings, paving the way for a fully-restored state park. Today, the park is open year-round, and offers guided tours of many of the buildings contained therein.