The Split Rock Lighthouse is one of the country's most picturesque lighthouses. Constructed in 1910 southwest of Silver Bay in the aftermath of the Mataafa Storm of 1905, which sunk 29 ships. It is now operated by the Minnesota Historical Society. The site is comprised of the visitor center, the tower (which stands 54 feet tall), the fog building, the oil house, and three keeper's houses. The lighthouse was in operation from 1910-1969 and had a range of 22 nautical miles. It still retains its original 3rd order Fresnel. The lighthouse and other buildings on the site are a National Historic Landmark and and are listed on the National Register of Historic Places. 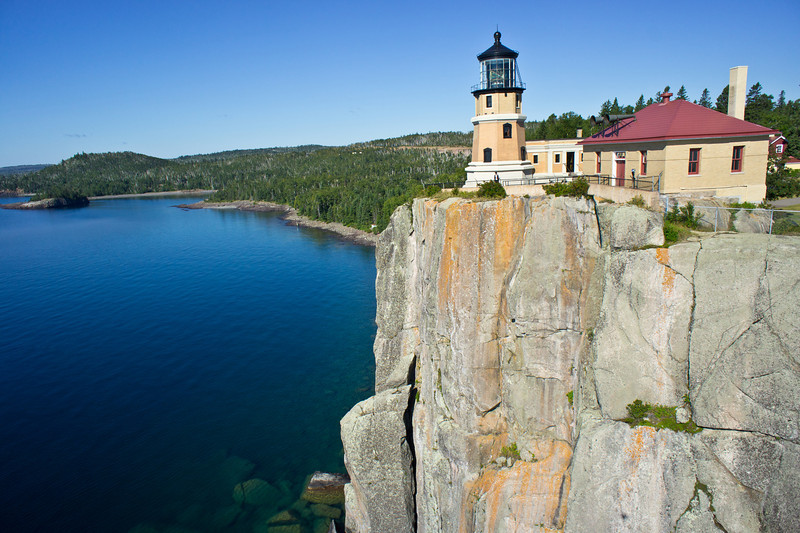 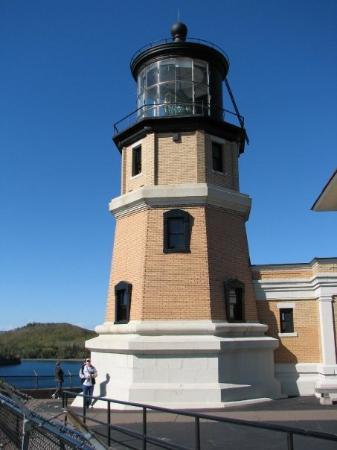 Not long after it was built, the lighthouse attracted tourists who wanted to see it up close. As a result, a road—now highway 61—was built in 1924 to allow people to visit it. The U.S. Coast Guard took it over in 1939 from the U.S. Lighthouse Service and it was electrified in 1940. By this time the fog building was built. The state of Minnesota acquired the property in 1971 and then transferred it to the Minnesota Historical Society in 1976. It has been restored to its 1920 appearance.