Located in Granite Falls, Minnesota, the Andrew John Volstead House was built in 1878. It was the home of Minnesota congressman Andrew Volstead from 1894-1930. It is now a museum and headquarters of the Granite Falls Historical Society. Volstead was the chairman of the House Judiciary Committee and authored the Volstead Act of 1919, the mechanism that enforced Prohibition—the 18th amendment to the Constitution that banned the manufacturing, selling, and transportation of alcoholic beverages from 1920 to 1933. The house is a National Historic Landmark and is also listed on the National Register of Historic Places. 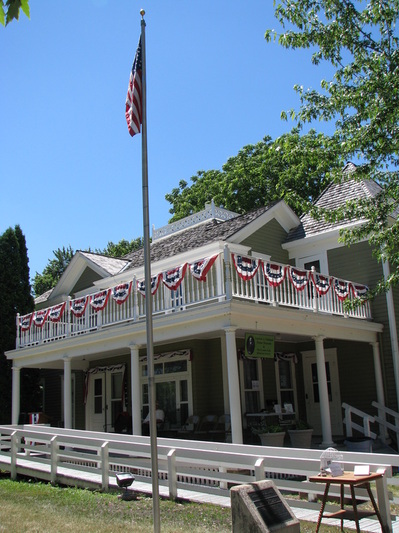 Volstead was a moderate progressive and favored the regulation of rail roads, the extension of workmen's compensation laws, the women's suffrage amendment, and the federal antilynching law. He also co-wrote the Capper-Volstead Act of 1922, which legalized agricultural cooperatives and protected them from antitrust laws. The house remained privately owned until 1974 when became a historic landmark and converted into museum in 1979 by the Minnesota Association of Co-Operatives. It is not clear when the historical society acquired the property.