In 1824, Stephen F. Austin established a small settler colony at this location with the permission of Mexican authorities. He located his unofficial capital at this location and attracted settlers from the United States. By 1928, the colony had grown to two hundred settlers. This site held the colonial land office and served as the location of monumental political events such as the conventions of 1832 and 1833 that paved the war for Texas Independence. as well as the Consultation of November 3, 1835, which led to the creation of a provisional government. Shortly after the Battle of the Alamo, the retreating Texas army determined it was best to destroy San Felipe de Sutin than allow it to be captured. Following the surrender of Santa Anna's army in May of 1836, former residents returned, and San Felipe became the county seat the following year. Today, the historic site features a statue of Stephen F. Austin, a replica log cabin, and the Josey Store.

The site includes this replica of Stephen F. Austin's cabin 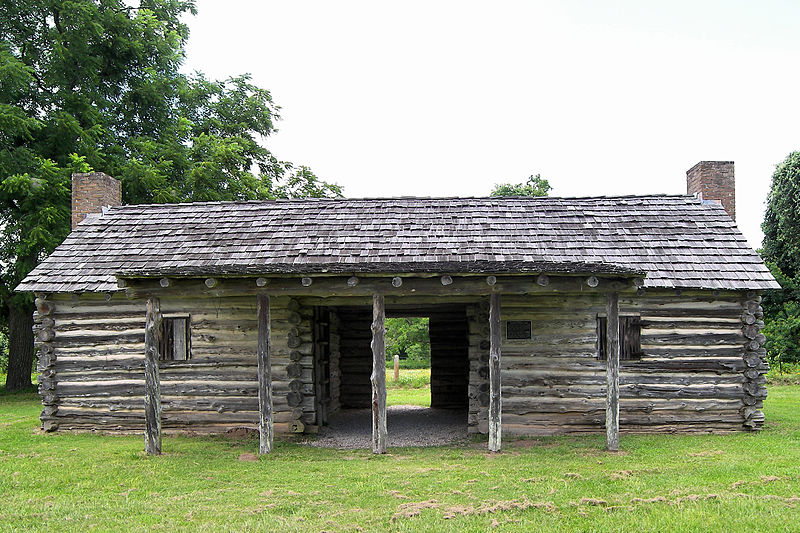 The site also includes the Josey General Store in addition to several historical markers and monuments. 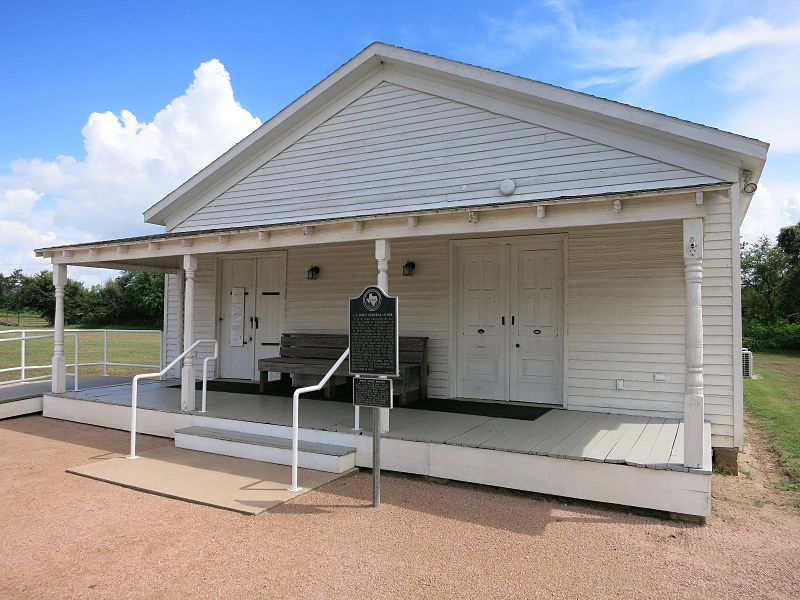 Stephen F. Austin founded San Felipe de Austin in 1824 after much consideration. The location of this first unofficial capital proved to offer many advantages as it was on a bluff which made it easy to defend and also had the water supply of the Brazos River. Originally, there were four plazas, which grew year after year and eventually featured multiple general stores, a couple of bars, a hotel, a blacksmith shop, and approximately fifty log homes that by 1828 housed the 200-some residents.

Mail service was initiated in San Felipe de Austin in 1826, and one of the first newspaper publications for Texas began there in 1829: it was called the Texas Gazette; during the revolutionary years, Gail Borden's Telegraph and Texas Register were also published there. The town became one of the biggest commerce sites in the colony, only being rivaled by San Antonio.

The town played significant roles in the history of Texas. For example, the town hosted the conventions of 1832 and 1833 as well as the Consultation of November 3, 1835. Until 1836, San Felipe de Austin was the capital of the provisional government of Texas. In March of that year, as Texans battled Mexican forces, residents were forced to flee the town and burned it in order to avoid having the Mexicans raid it. This episode became known as "the Runaway Scrape." However, in May after the Texans won the Battle of San Jacinto, San Felipe De Austin residents began to return and rebuild. Unfortunately, without the necessary edifices, the government could no longer operate at that site.

In 1837, the town was incorporated and was christened the county seat for Austin County. Unfortunately, throughout the 1840s, the town experienced much economic and social decline, and subsequently, the county seat was moved to Bellville in 1846.  A century later, the city government donated most of the original townsite to the state of Texas in order to preserve the historic building and operate a historic site.