These three blocks, all similar in Italianate style and most likely built by the same builder, housed many different business. 121-123 were primarily clothing stores. Additionally, Colvin's Baking Company, a restaurant, the Stearns and Baker's Philadelphia Drug Store, and the Badger Drug Company were all located here at various times. The prominent arched parapets are the blocks most distinctive features. The development of these buildings all occurred at the same time and was a sign of prosperity coming to Janesville.

Philadelphia Drug Store and other businesses along these three blocks. 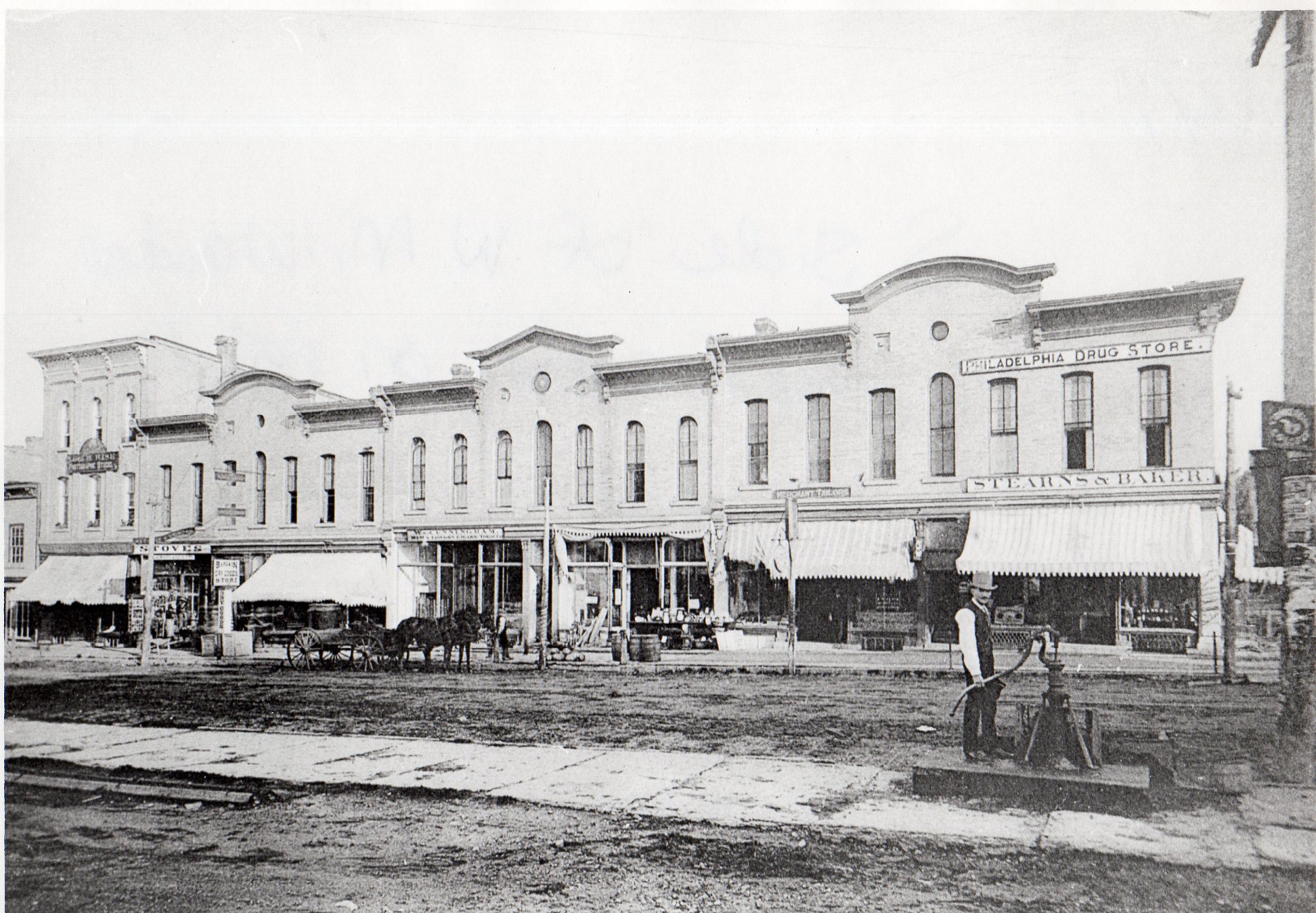 The namesakes of these existing structures were very interesting and contributing citizens of Janesville. Hamilton Richardson was an entrepreneur who attempted to gain success as a store clerk in Milwaukee and Racine before settling in Janesville after prospering off of the California Gold Rush in 1856. Once in Janesville, Richardson was investor in property and in businesses such as the Janesville Cotton Mills and the First National Bank.

Captain William Macloon also spent his early years traveling before settling here in Janesville. In his early years, Macloon carted freight across the oceans from Boston, Europe and the West Indies. He settled in Wisconsin in 1845 where, like Richardson, he invested in real estate and became a became stockholder of local companies.

John Dunn and D. Davies operated family businesses when these structures were established. Dunn worked with his brother in a liqueur store at 117 while Davies opened a grocery store with his siblings at 119.