This Queen Anne Style building was once the London Hotel, popular to the traveling salesman or Janesville businessmen who had not yet acquired their own houses. It was first constructed in 1892 and owned by Janesville resident Fred Jones. It functioned as a hotel until sometime after the 1980s. Today the building is occupied by a tavern called the Hilltop International Pub. 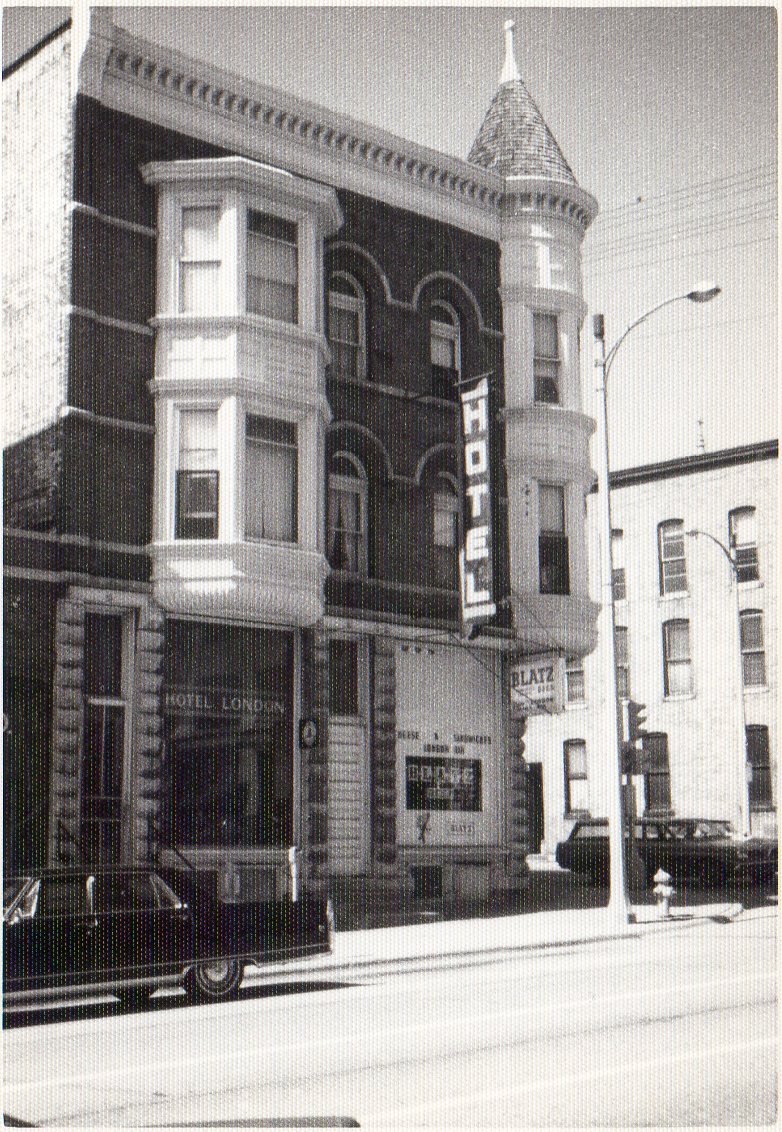 The Queen Anne architecture style was popular in the late 19th and early 20th century. It was more common to see homes embrace this kind of architecture rather then commercial buildings. However being inspired by the European Romantic and Victorian eras, this building posses the large bay windows and turrets that are commonly associated with the Queen Anne Design.