The Rittenhouse Elementary School, built in 1925, is a well-preserved historical schoolhouse located in Queen Creek, approximately 35 miles southeast of downtown Phoenix. The school closed in 1982, and was subsequently used for storage by the Queen Creek Unified School District. Since 1994 the building has been the home of the San Tan Historical Society Museum. 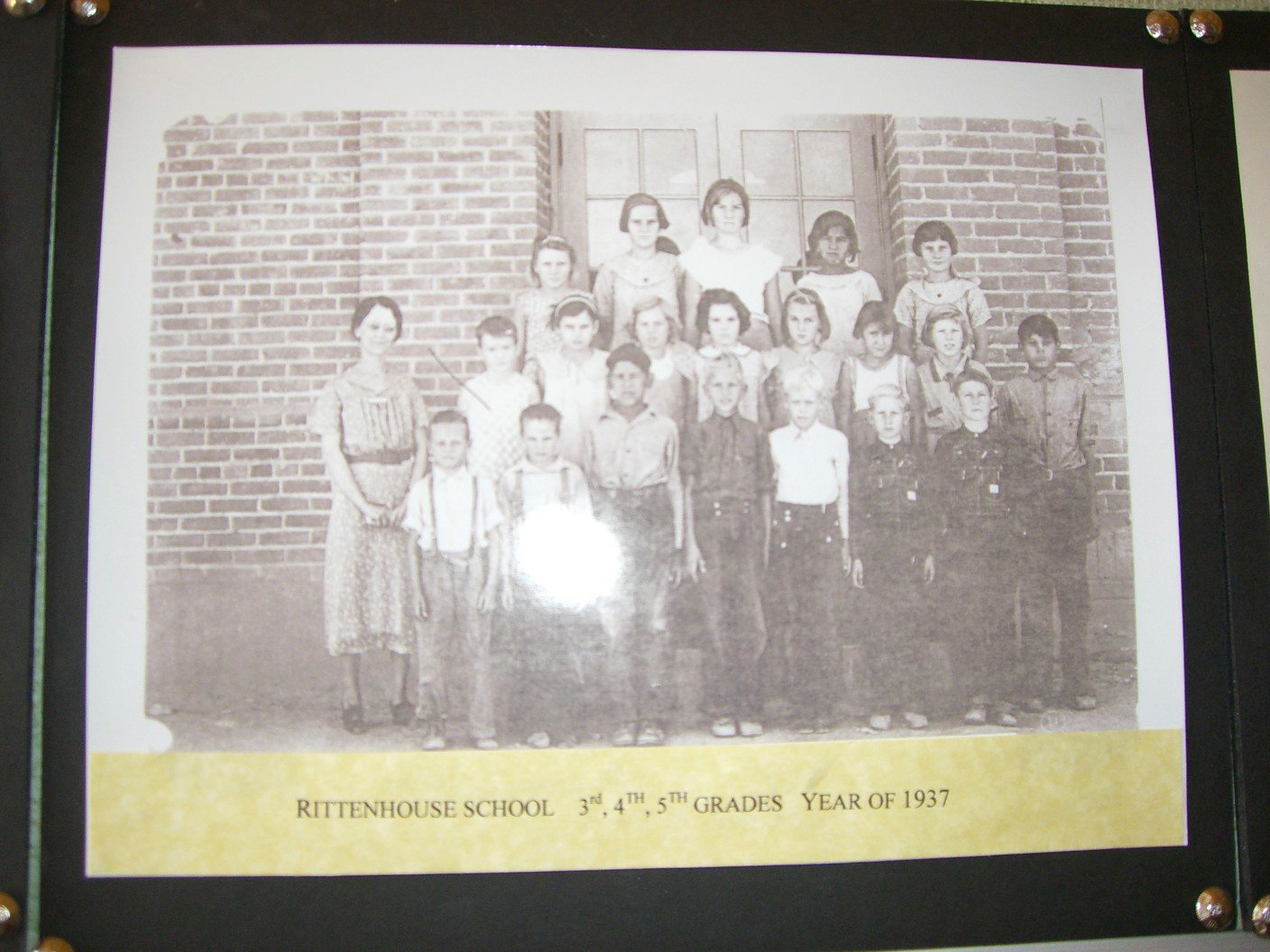 Interior of building. Replication of what a classroom would have looked in during Rittenhouse's early years 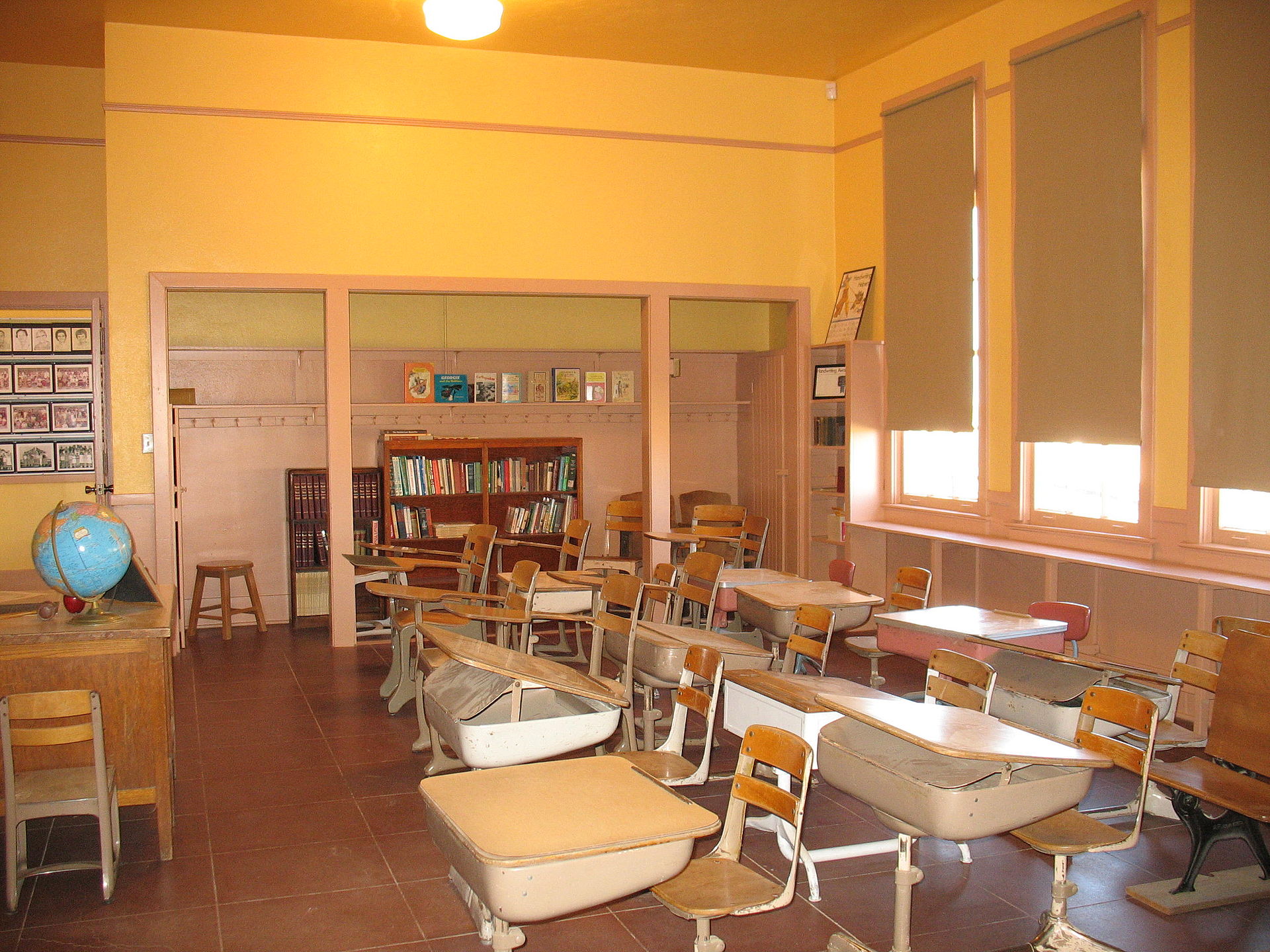 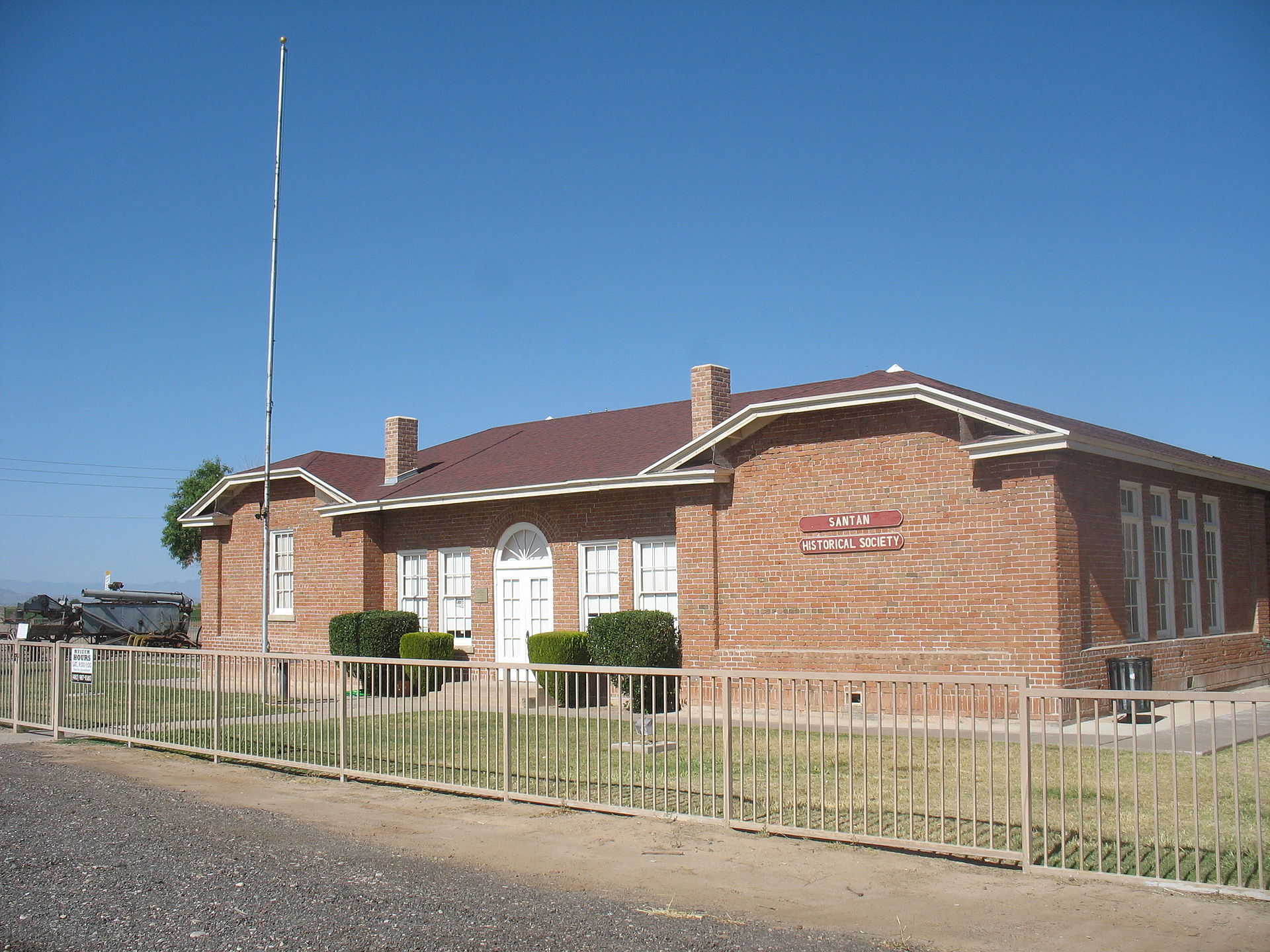 From 1920 to 1922, the first classes in the Rittenhouse/Queen Creek area were held in a small board-and-batten building that had previously been used as a cook shack by employees of G. R. "Gid" Duncan. Duncan was a partner of land developer Charles Rittenhouse, after whom the school was named. Duncan allowed the use of the building and land for the school. In early 1923, school officials acquired the use of a wooden church building, constructed circa 1921, which served as the community school until 1925.

With increasing development and population growth in the 1920s, area school officials realized that a permanent building was needed. In 1924, construction began on the new structure, a three-room, U-shaped red brick building. Although completed in 1925, the first classes in the new school were not held until 1926.

Initially only classes for English-speaking students were held in the new Rittenhouse Elementary School. In the meantime, the wooden church building continued to be used as a school for children of Mexican descent, where they were taught English in preparation for entering the main classes. The Mexican-American children’s school schedule was different than that of the other children, who didn’t attend school until after the cotton harvest was complete, usually sometime in February. Sometimes as many as 60 students were taught in a single room.

In 1947, the residents changed the name of the community from Rittenhouse to Queen Creek, but the school retained its original name.

In 1948, school district officials realized that population growth in the area necessitated an expansion of capacity. In February 1948, officials authorized a bond issue for construction of a new building elsewhere in town. Completed in 1952, the new school operated simultaneously with the older campus until its closure in 1982. (name of town needs to be found)

Rittenhouse is significant as an example of the broad pattern of centralizing rural education in Arizona prior to World War Two. The building also retains its integrity of historical setting and appearance, both on the interior and exterior. The Rittenhouse Elementary School is also the only extant historical school building in Queen Creek.

In the early twentieth century, increased population, better transportation, concentrated development, and the desire for improved educational facilities contributed to the centralization of rural Arizona schools and the construction of the Rittenhouse Elementary School. Centralization of rural schools was emphasized on a national level through the 1930s, as evidenced by the 1935 report by the U.S. Commissioner of Education stressing the need to reorganize the school system. To address this need, Rittenhouse officials and the local school district decided that, although other schools existed in nearby communities, it was more efficient and economical to create a new school within the students’ community rather than transport them to existing schools in distant communities. This pattern of rural school centralization was carried out throughout Arizona through 1940, and mirrored efforts in other rural communities throughout the United States in the first half of the twentieth century.

In 1936-1937, the school district took advantage of federal Public Works Administration funds to add two classrooms, hallways, and restrooms. Heat for the rooms was provided by a boiler system, which replaced the wood-burning stoves used in the original classrooms. The intact boiler room is located in a small subfloor area underneath the boys’ restroom. The rooms were eventually equipped with oil heaters, and eventually gas heaters hung from the ceilings.

The 1936-1937 classroom additions match the original building both in style and materials, and do not detract from the historical integrity of the building. During the modern era (post-1946), the open space between the classroom wings was filled in to create shower rooms, which were accessed through the existing restrooms as well as from the building’s exterior. This infill is not visible from the street view of the building, and does not detract from the overall historical feeling and appearance of the building. The stage was dismantled sometime during the modern period (post-1946) to allow for more classroom space.

Additional changes occurred to the building in the mid-1950s, when a combination shower and locker room was added to the rear, or east side, of the building. By 1955, the Rittenhouse Elementary School, which was now called "Old Main," was the centerpiece of the community of Queen Creek. Flooding in 1966 damaged the wooden floor; the flooring near the main entry is still warped as a result.

Saturdays 9am to 1pm. Open to the public - Free of Charge!.