Established in 2007, the Army Reserve Mobilization Museum preserves and shares the history of the US Army Reserve. The museum has had roles in various conflicts and during times of peace. Most of the exhibits are the static displays of weapons, personnel carriers, tanks, and other outdoor exhibits. The museum offers a variety of indoor exhibits that include recruitment posters, uniforms, and equipment used by troops from the American Revolution to the Global War on Terror. 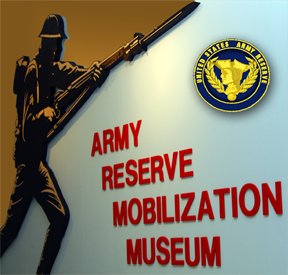 This Army Mobilization Museum is located within the base of Fort Dix and covers many wars from the last few decades. It covers exhibits explaining the American Revolutionary War, Civil War, World War I, World War II, the Korean War, the Vietnam War, and the current conflicts in the Middle East starting with the recent war that started in 2003. The museum was first established in the year of 2007. It’s present mission is to preserve and present the history of U.S. mobilization from America’s decision to declare independence up until the recent conflicts in the Middle East. Tourists coming onto the active military base to tour the museum must bring a form of identification and must make a reservation ahead of time.

The museum also put model replica tanks and artillery on display under barn-like pole structures. Some of the notable ones out on display are the M46 U.S. Army Tank l, the M551 Sheridan Tank, and the WWI German 210mm howitzer. Most of the artillery that is on display is German weapons that were scrapped in the United States for steel in the midst of World War II. There are pieces of artillery and weaponry from the early days of World War I up until the Middle Eastern conflict. Another exhibit shows the smaller firearms used during the wars.

There is also a smaller aviation museum inside the halls. This smaller museum displays all the aircraft that were flown into battle during all the conflicts. The museum’s most popular exhibit by far is the large exhibit on military uniforms worn during combat. It has all the uniforms ranging from the American Revolutionary War all the way up to current day. The museum is open to the public and veterans alike.