The Old Firehouse and Police Museum in Superior, Wisconsin is housed in a former fire station built in 1898. It was the last station built in Superior during the 19th century. Admission is free and visitors can expect to spend about 45 minutes there. The museum features fire fighting equipment and memorabilia. It also houses several rigs such as a Fire Chief’s nineteenth century horse-drawn buggy, a 1906 Ahrens Steam Pumper, a 1919 LaFrance Ladder Truck, and a 1944 L Model Mack with a Hale pump. The first floor houses these rigs. The second floor shows the development and improvement of fire fighting equipment, police and fire memorabilia, and it also houses the State of Wisconsin Police and Fire Hall of Fame. 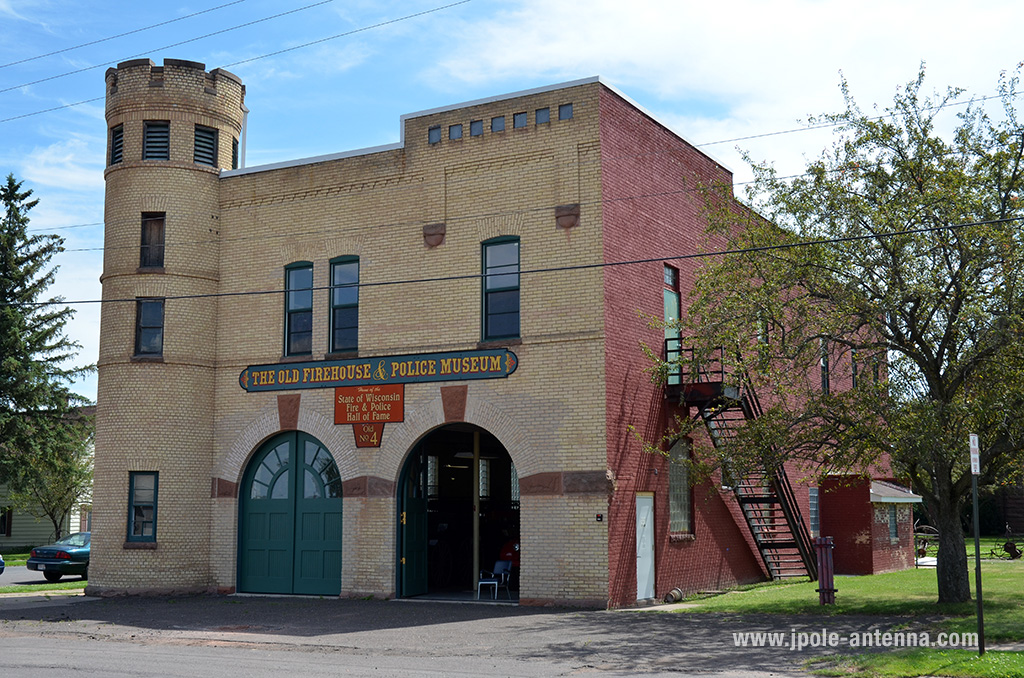