This site was one of the first places where gold was discovered in Georgia in 1828. The discovery led to the Georgia Gold Rush of 1829 and the forced removal of Native peoples. After several transactions, the mine was eventually owned by Senator John C. Calhoun of South Carolina, the 7th vice president of the United States. Calhoun established a mining company on the property that was still producing significant amounts of gold into 1856, nearly 30 years after it was discovered.

The stamp mill at Calhoun Mine 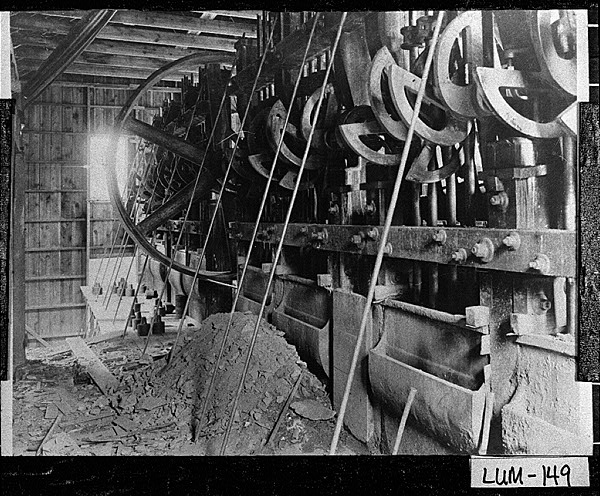 The historical marker for the Calhoun Gold Mine is located a mile from the former mine at the intersection of Calhoun Mine Road and the highway. 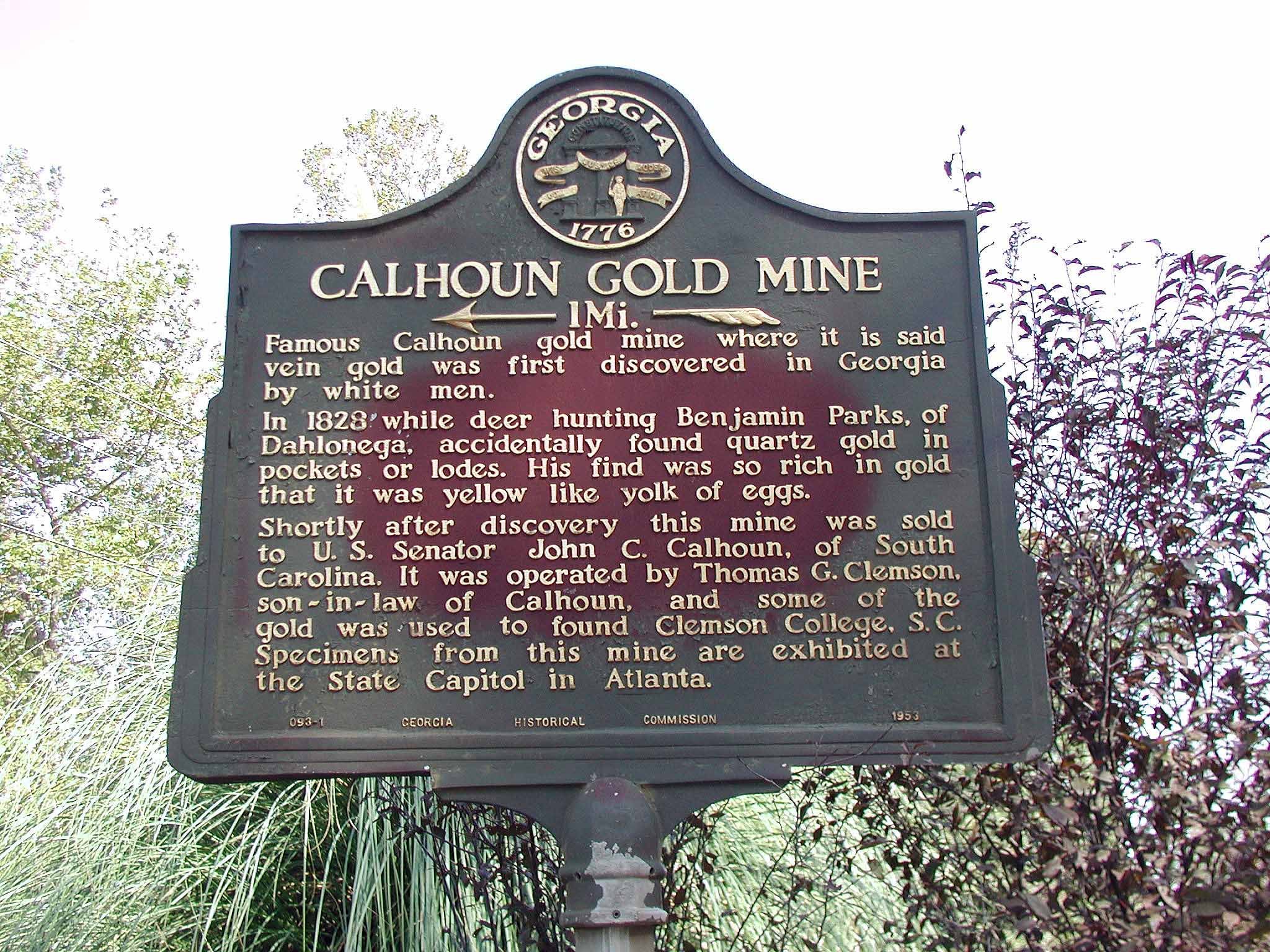 The Calhoun Mine is one of the oldest mines in Georgia as it was established shortly after the 1828 discovery of gold in this region. Considered largely responsible for the Georgia Gold Rush in 1829, the mine continued to produce well into the 1850s. The land was owned by several people before John C. Calhoun, a senator and the 7th vice president of the United States, established a mine on the property.

The Calhoun family sold the mine in 1879. It was eventually believed that the ore deposits were depleted until a small pocket was discovered in 1939. This pocket was mined, and the mine has remained quiet ever since. The mine was added to the National Register of Historical Places and named a National Historic Landmark in 1973.

The Calhoun Mine is known historically as a factor in the removal of the Cherokee tribe from their land. The mine was located adjacent to land the Cherokee inhabited. Many calls for their removal resulted from conflicts between the miners and the Cherokee.