The William Whitley House located in Kentucky is the oldest brick home west of the Alleghenies. The location of the house became a Kentucky state park on 25 February 1938. W.N. Craig, president of the Whitley Park Association, bought the house from Nellie May Engle for $2500 with the promise that the location would be named as a state historic site. The Association, civic clubs, and the women’s clubs of Lincoln County supported the effort to preserve the home and create a state historic sites. 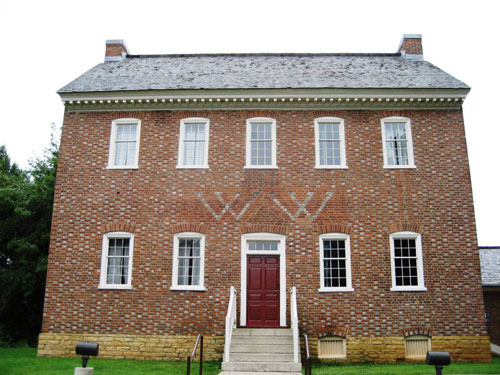 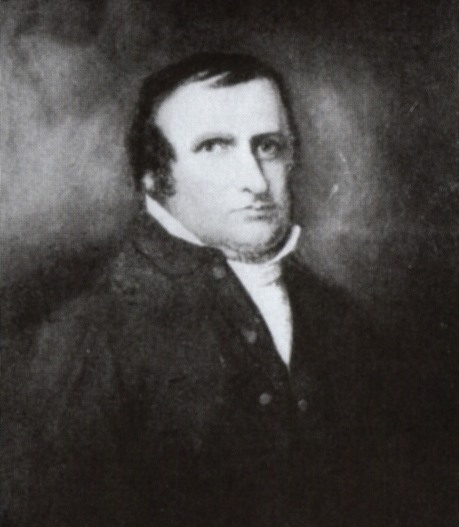 The home was constructed in the Georgian style of architecture, sometime around the years 1787 to 1794. The home was built with walls of brick that were two feet thick and put in Flemish Bond, a decision that was inspired partly by the fear of frontier violence. Whitley decided to insert windows way above the ground in order to prevent hostiles from being able to aim straight into the home at the people inside it.  Whitley did not allow a front or back porch to be added onto the house so that there would be no areas for hostiles to hide. Being pleased with the house, Whitley requested lighter bricks to be detailed with his initials, WW, and put them over the front door, while he also requested that his wife’s initials, EW (Esther Whitley), be etched in brick; these were put on the back of the house.

Whitley called the home Sportsman Hill while others called it “Guardian of Wilderness Road.”  Whitley was fond of horse racing leading him to create a racetrack in 1788 that would have an impact of horse racing in the future.  Being a true patriot, Whitley was against anything British related therefore he decided to have his racetrack go in the opposite direction of the British tracks.  The British had their tracks go clockwise, whereas Whitley decided to make his go counter-clockwise; in addition to this, he demanded that the track would be created from clay not turf, which the British used.  The primary floor of the home has three rooms and a big hall, there are 2 rooms and a hall on the next floor, and a big attic.  The primary staircase is detailed with carved eagles grasping olive branches, and the wood is made of walnut and pine.

William Whitley lived from 1749 to 1813 and was an experienced frontiersman.  He was originally born in Augusta County, Virginia and did not even visit Kentucky until 1775.  The purpose of this trip was to find a place to live at the Cedar Creek branch of the Dix River, and after this he moved there with his family.  As a frontiersman Whitley was seen as an enemy to Native Americans.  In 1794 he commanded 200 men into an attack on the Chickamauga Indian village in Tennessee and won; this ended the Chickamauga’s attacks in Kentucky.  Whitley was on the Kentucky General Assembly for just one term after joining in 1797, and when the War of 1812 commenced he was determined to get involved as a private in the Kentucky mounted infantry, which was led by Colonel Richard M. Johnson.  The night before the Battle of the Thames, it is said that Whitley told an acquaintance that if he loses his life in the fight to send his scalp to his wife at their home at Sportsman Hill.  Whitley had been known to say that he would like to die while protecting the U.S., and with this battle he was able to.  On 5 October 1813 he noticed a Native American on the other side of the Thames River and he shot and murdered the Native American.  He then went over the river to get the scalp.  Soon after this Whitley went with other men from Kentucky under the command of Colonel Johnson to tempt the enemy to attack.  When the Kentuckians approached them, the Native Americans attacked with great force.  Johnson was injured and Whitley and 18 others died or were injured.  The battle ended when Chief Tecumseh died; Whitley was buried close to the place of the fight at Chatham, Ontario, Canada.

Whitley’s name still lives on in history.  The Kentucky legislature named a county after him in 1818 and his house is a symbol of his life and the era he lived in.  The house was given many improvements from 1948 to 1955.  The rooms of the house are made up of items that reflect the times in which it was made.  Starting in 1952 a curator has been present to guide tours throughout the home.1