As part of the nation’s Bicentennial celebration, Greensboro Beautiful began developing a 7 ½ area tract of flood plain into a public garden in 1976. By October of the same year it was completed and dedicated as Bicentennial Garden. The following four years the garden was expanded and enhanced. Extensive improvements also took place beginning in 1995 with Greensboro Beautiful’s Master Plan guide. These improvements were completed in 1999. In 2006, Stanley and Doris Tanger Stanley and Doris Tanger made a major financial commitment for ongoing support of Greenboro’s public gardens and the name was changed to Tanger Family Bicentennial Garden. 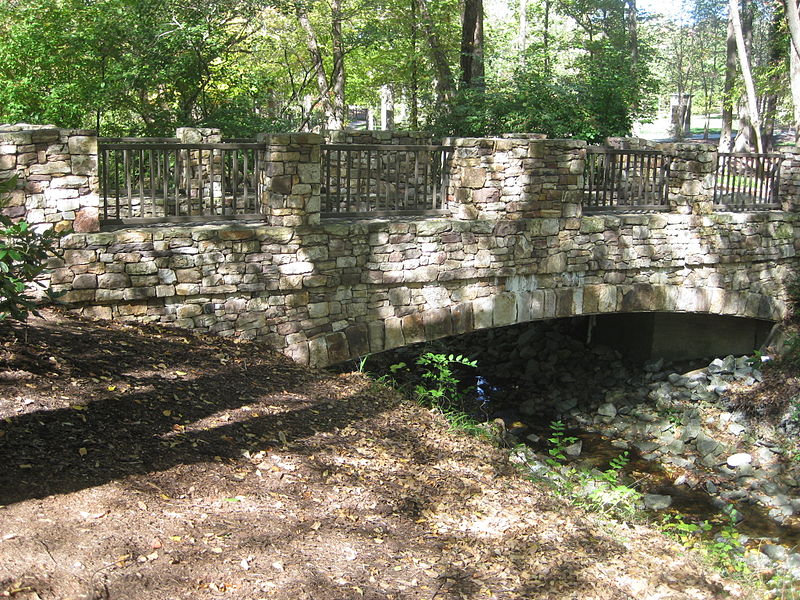 "On the Fence" Sculpture at Tanger Family Bicentennial Garden. 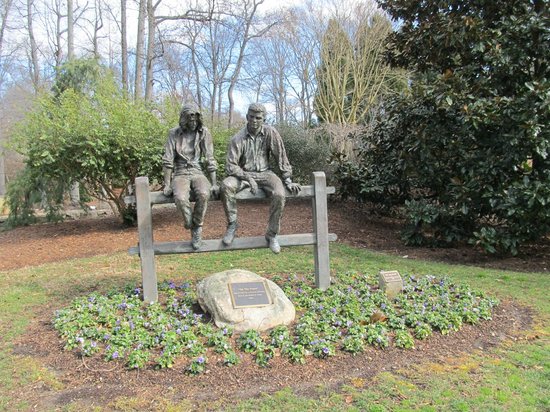 As part of the nation’s Bicentennial celebration, Greensboro Beautiful began developing a 7 ½ acre tract of flood plain into a public garden in 1976. The property was owned by the City of Greensboro. Most of the land was roadbed fill dirt. It was covered with undergrowth. In October 1976, the property had been cleared and graded. An irrigation system was installed. A number of trees, shrubs and flower bed were planted. Paved walkways were also added. The property was dedicated as Bicentennial Garden.

The following four years, the garden expanded and specialized areas were added. More paths were added along with benches and sculpture. In the beginning, the focal point of the garden was a bronze sculpture called “The Student”. The sculpture was a symbol of a typical male student who would have attended the David Caldwell Log College. The college sat on the adjacent to the property during the late 1700s and early 1800s. Reverend Dr. David Caldwell founded the college in 1767.

Greensboro Beautiful commissioned a Master Plan guide in 1995 for future garden enhancements. The plan included expanding visitor parking and public restrooms, creating a new main entrance, adding a wedding garden, and a sensory garden. Other improvements included a woodland water feature, stream restoration, stone walls and raised beds, the addition of more sculpture, improved crosswalk located on Hobbs Road and an entrance into the Bog Garden which was located adjacent to the Bicentennial Garden. They also planned to add colorful paintings in the Holden Road median in order to draw attention to the garden, establish a possible Old Mill site, and develop within the adjacent David Caldwell Historic Park.

In 1999 Greensboro Beautiful celebrated their completion of these enhancements. A year later Greensboro Beautiful received a donation to further enhance the David Caldwell Historic Park. The funds were used for historical research, archaeological survey work, and construction of an interpretive center located on the property. On April 20, 2007 the Interpretive Center at David Caldwell Historic Park was dedicated. The center educates visitors about David and Rachel Caldwell, the academy David Caldwell founded, and his contributions to the state of North Carolina and the region.

Stanley and Doris Tanger made a major financial commitment for ongoing support of Greenboro’s public gardens in 2006. Because of their patronage, the Greensboro Parks & Recreation Commission approved the renaming of Bicentennial Garden to the Tanger Family Bicentennial Garden.