The oldest commercial building in Abilene, the Cypress Building was constructed in 1890 as the Windsor Hotel. The hotel was a central part of the city's boom and its connection to the railroad, offering a variety of accommodations to travelers. Legend has it that some of the hotel's unofficial hostesses stood on the hotel's balcony and advertised their services to cowboys and railroad men as they passed by. The building was restored in 1997 to match its original appearance. 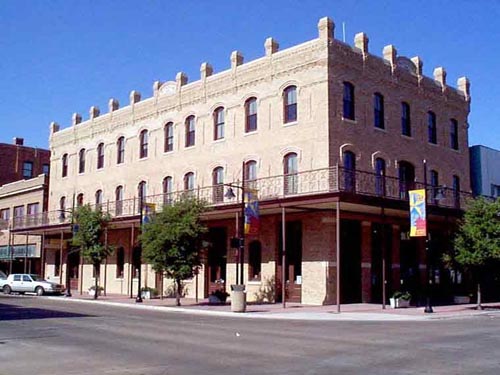