The Earle-Napier-Kinnard House offers visitors and residents a way to experience and learn about the the early history of Waco. The home was built just prior to the Civil War, a time when Waco Village had less than 700 people. The historic house, which is listed on the National Register of Historic Places, dates back to 1856, when it was just a double log cabin on five acres of land. By 1868, owners Dr. John Smith Napier and his wife Mary began constructing the current building, heavily focusing on the Greek Revival style and white, pillared porticos. The house changed hands a few times until its last private owner, Frances Duncan Nalle, handed the house over to the Waco Perpetual Growth Foundation in 1967. Four years later in 1971, the US National Park Service added the Earle-Napier-Kinnard House to the National Register of Historic Places, making it the third structure in Waco to receive the distinction. Nowadays, the Earle-Napier-Kinnard House is a public museum run by the Historic Waco Foundation.

Front view of the Earle-Napier-Kinnard House 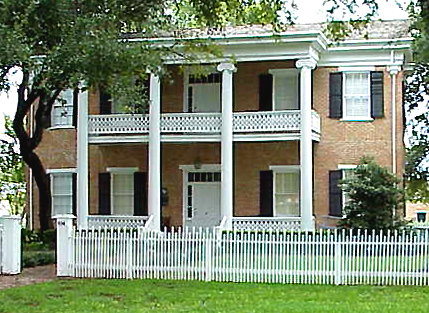 Victorian Teeling Playhouse, built in 1881, located on the grounds of the Earle-Napier-Kinnard House. Children can play in this house today. 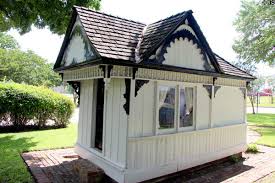 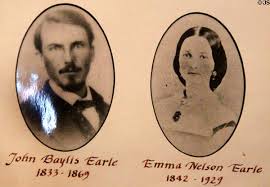 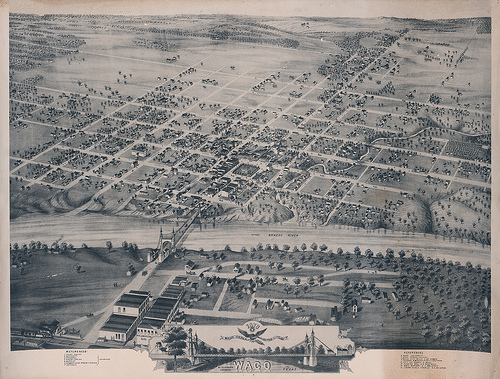 History of the Earle-Napier-Kinnard House

The Earle-Napier-Kinnard House can be traced back to two early Waco citizens: John Baylis Earle and Thomas Harrison.

Earle, who would later own Waco’s first cotton mill, and Harrison purchased a double log cabin and five acres of land for $1,000 (equivalent to about $27,000 today). The year the two men made the purchase was 1856, a time when Waco Village only had 700 people. Two years later, Earle used three of the acres to construct a two-room brick home so that he could start a new life with his wife, Emma, and the two children they had in that home.

Earle was able to capitalize on the Civil War by starting a manufacturing business that made Confederate uniforms. The factory, however, was located in East Waco, and they eventually relocated to that side of town. Earle’s modest home remained empty until 1866, when H.S. Morgan bought the property for $4,000 and began adding to the home.

This project didn’t last long, and by May of 1868, Dr. John Smith Napier and his wife Mary purchased the property for $5,000 and initiated a significant expansion project. Under the ownership of the Napiers, the present-day home began to take form with its Greek Revival exterior made from pale pink handmade brick, ornamental banisters on the porch, and cyprus shutters on the windows.

Mary Napier died in 1872, and John Smith Napier lived in the home with their seven children until his death in 1889. Sallie Napier, one of the children, took up ownership with her husband Rev. David Cannon Kinnard after her father’s death.

Because of Kinnard’s religious role in the community and the many visiting preachers entertained in the home, the Earle-Napier-Kinnard House was nicknamed the “House of Pastors.” Mary Kinnard, David and Sallie’s eldest daughter, lived in the home from her birth until her death in 1957.

In the following January after Mary’s death, the house changed hands once again to Frances Duncan Nalle. As the house was nearing 90 years old, Nalle conducted significant restoration and renovation, returning the house to its original state. Unfortunately, much of the original property (the five acres John Baylis Earle and Thomas Harrison purchased in 1856) was lost to the construction of Interstate Highway 35.

During the late 50s and early 60s, the house held an essential cultural role in the community, and it often served as a clubhouse for Baylor University faculty gatherings. In 1967, Nalle handed the house over to the Waco Perpetual Growth Foundation, and the US National Park Service listed the home to the National Register of Historic Places in 1971.1