Built in 1886, Unity Chapel is a historic church that was partially designed by American architect Frank Lloyd Wright. The chapel is just south of Wright's former home, Taliesen. Some of his relatives are still buried in the chapel's cemetery; Wright himself was buried there until his wife moved his remains to his other home, Taliesen West, in Scottsdale, Arizona. The chapel's design was overseen by Chicago architect Joseph Lyman Silsbee who was commissioned by Wright's uncle, Jenkin Lloyd Jones, to design it. Wright was not an official employee but was given the task of designing the interior. The chapel is Wright's first known work. The exterior was designed in the shingle style, of which Silsbee was a leading practitioner. Silsbee was a great influence on Wright in terms of style and drafting technique. 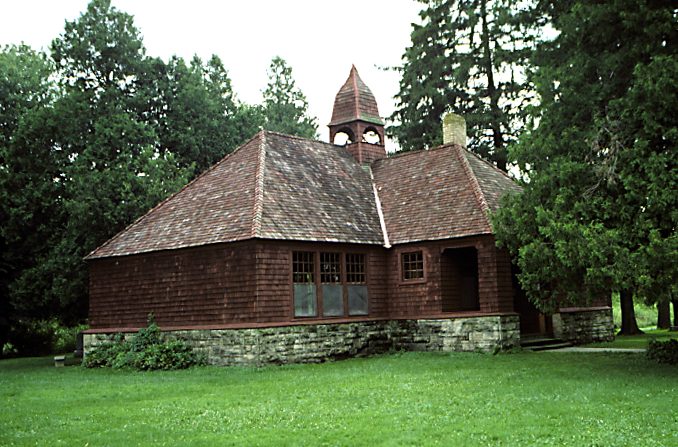