The mansion called Maplecroft was built in 1871 by the Starr family, who were very influential in the cotton and railroad industries. The site is comprised of multiple buildings that were homes to four generations of the Starr family for over 130 years. The State Historical Commission has been preserving and restoring the site, which is open to the public for tours. 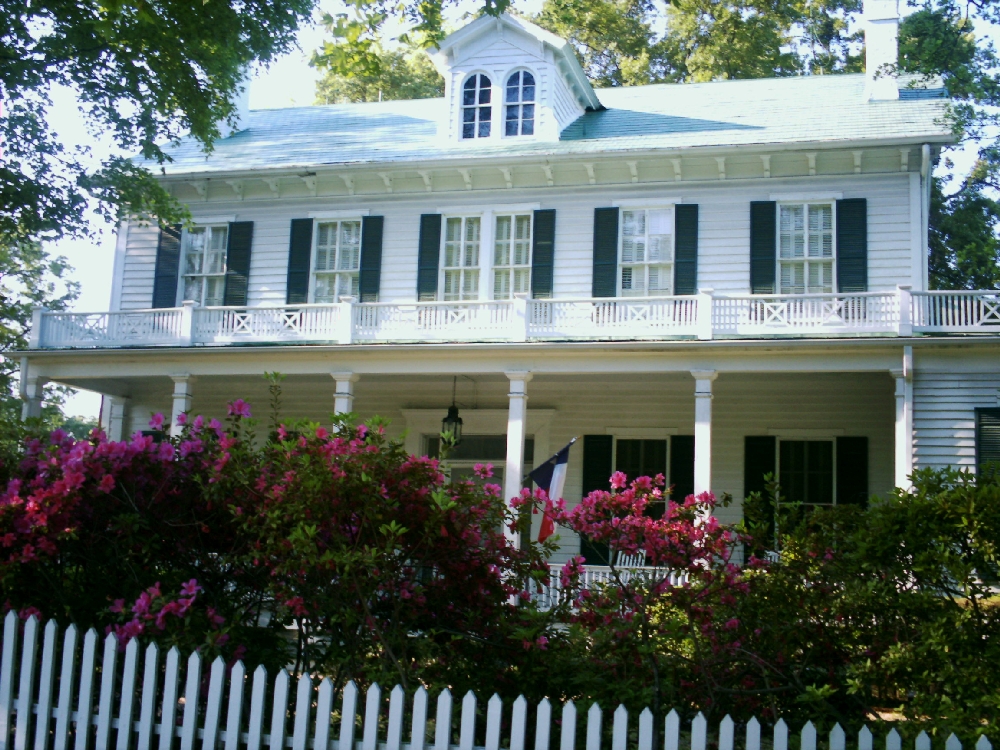 ﻿Dr. James Harper Starr and his wife Harriet moved to Nacogdoches in 1837, where he served as the president of the board of land commissioners and the Secretary of Treasury for the state. However, in 1840 he returned to his medical practice. But then, later changed occupations again; he became a land agent.

In 1870, Starr and his son Frank opened the first bank in Marshall, Texas. Starr was instrumental in Texas's expansion as he aided in the growth of the railroad industry. He bought 52 acres for himself on which he and his wife lived and are now the land on which the historic site is located. Starr died in 1890, and Starr County is named in his honor.

In 1868, Frank married Clara Clapp, and they built Maplecroft in 1871 on the land that belonged to his father. He and Clara had six daughters who grew up in the home and lived nearby once they married. The home of Ruth Starr Blake, the second youngest Starr's daughter, is a part of the historic site. She inherited Maplecroft and lived there until the end of her life. Ruth passed the home to her niece Clara Pope Willoughby, who eventually granted the home to the state as a preservation site.