Lake Waco and the Waco Dam

The Waco Dam has been called the “single biggest factor in the progress of Waco,” and the Lake Waco reservoir, which holds around 79,000 acre-feet of water, provides the City of Waco with a constant supply of water in a historically troublesome region. Throughout its history of settlement, the Waco region has been plagued by a cycle of flooding and drought. Although the city’s position along the Brazos and Bosque rivers initially allowed settlement in the fairly arid region, the inconsistency discouraged economic progress and community stability. Beginning in 1926 with a $3.5 million bond to build the original Lake Waco, civic officials attempted to curb the problem of dry wells in the area. In the 1950s, however, Texas experienced the worst drought in the 20th century. Then, in 1957, a massive flood crippled the city. The US Army Corp of Engineers stepped in to build the current dam, which they finished in 1965. Having the constant source of water secured industrial, residential, and economic growth, and Lake Waco and the Waco Dam continue to stabilize the area’s water situation to this day. 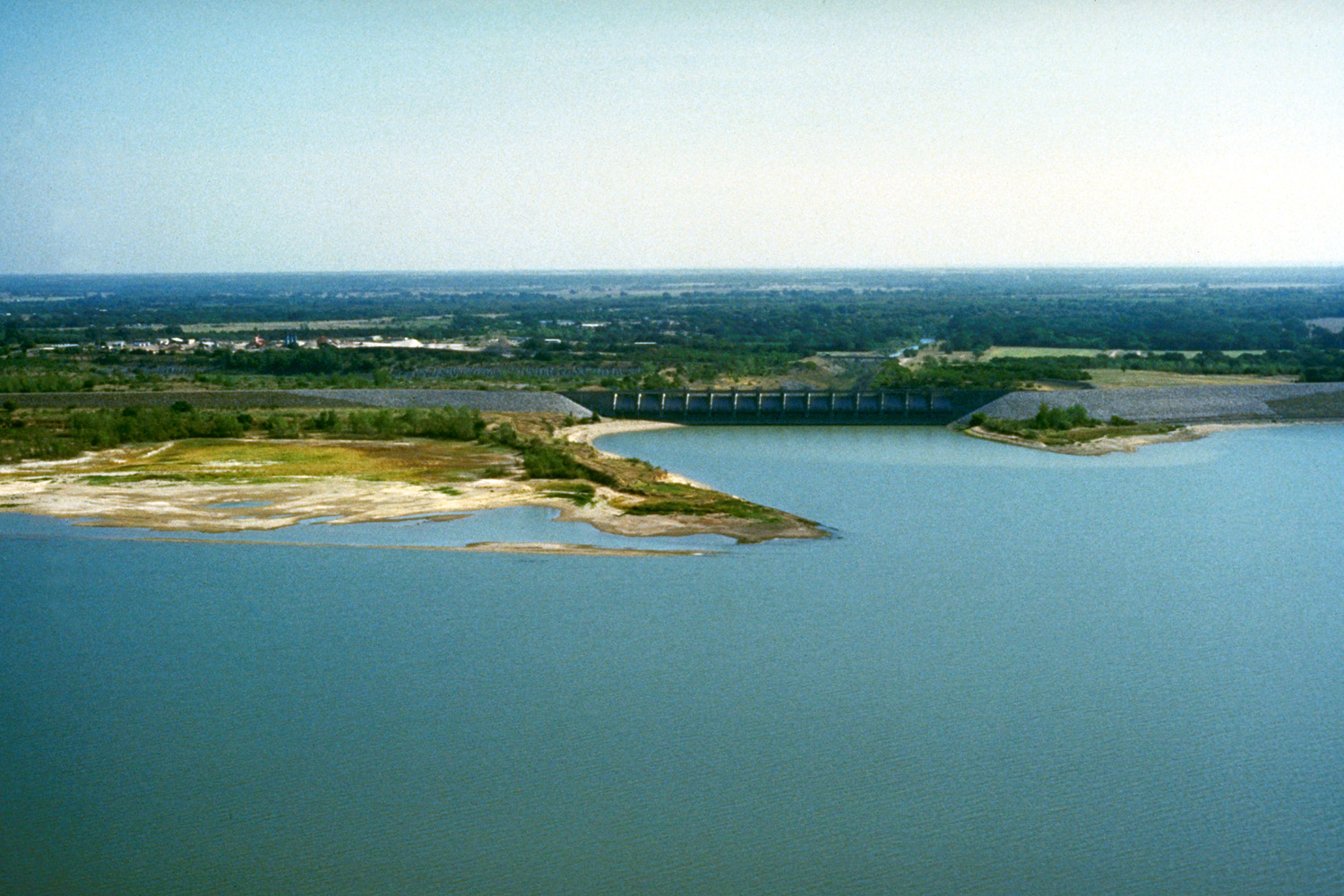 Part of the original dam, clogged with debris and unable to support city needs 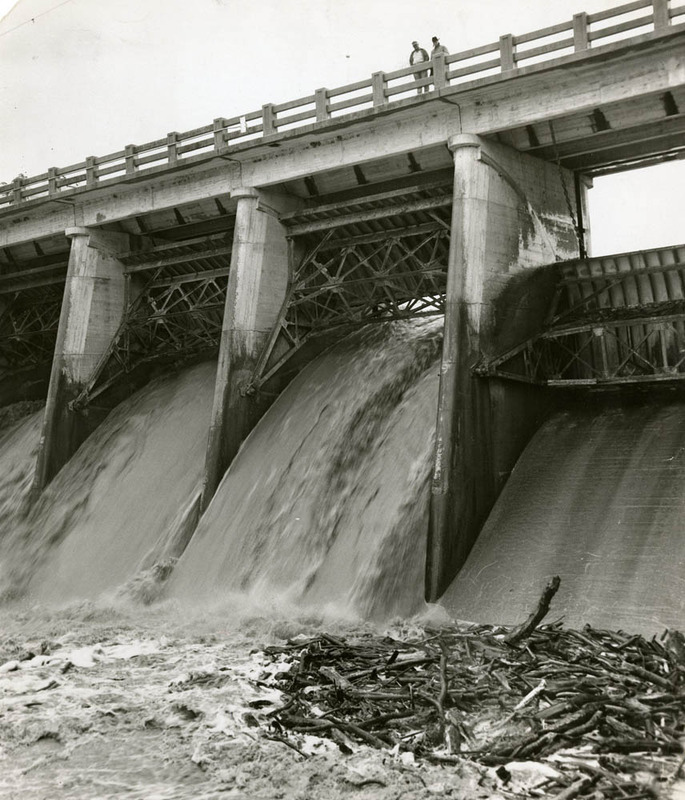 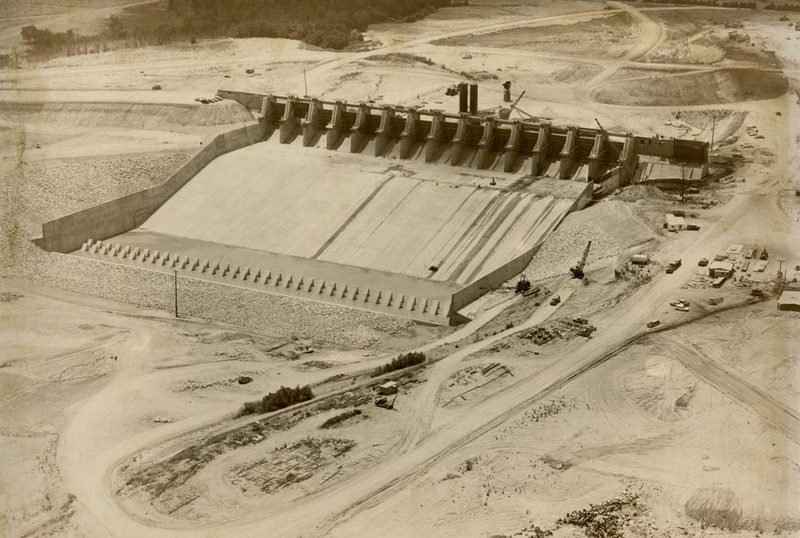 History of Lake Waco and the Waco Dam

For tens of thousands of years, the Waco tribe inhabited the regions surrounding the Brazos and Basque rivers in modern-day Waco due to its lush ecosystem, necessary for providing a constant source of food and water. White settlers moving West into the Texas regions established and settled in Waco in the 1850s for similar reasons.

As the city grew in the second half of the 19th century, reaching 20,686 people in 1900, civic leaders and city officials had to supplement the growing population with a constant source of water. Unfortunately, the cycle of flooding and drought discouraged industrial settlement, as many industries needed a secure promise of water before considering moving there. The city’s population, nonetheless, continued to grow, and Waco was doing well with its industry (such as with the Dr. Pepper plant, for example).

In the first half of the 1920s, the city still relied upon artesian wells as a water supply. This changed when, in 1925, the city considered the Bosque River as the primary water supply for Waco. The following year marked the first citywide vote to build a dam, and voters passed the notion to build a dam by a slim margin.

Also within the vote was a $3.5 million bond to build the dam, and by 1929, the Callahan Construction Company completed the 4,700-foot-long dam with a height of 65 feet and a spillway elevation of 430 feet. The Lake Waco reservoir held upwards of 39,378 acre-feet of water.1

The Drought and Floods of the 1950s

Although the dam was seen as a success, it proved futile to the region’s severe flooding. In 1936, a record floor submerged Waco, displacing 2,000 people and causing millions in damage.

After the flood, the US Army Corps of Engineers conducted a control survey of Lake Waco and recommended an enlarged the lake with a larger dam. Building of the dam was interrupted by WWII. By the end of the war, sediment accumulation reduced the lake’s capacity to 22,030 acre-feet, and in the early 1950s, the worst drought of the 20th century struck Texas and turned all but ten Texas counties into federal disaster areas.

In 1957, with the drought in its seventh year, the City of Waco received a disastrous reversal of fortune. Beginning on April 19th, 1957, torrential rains started falling and a 12-foot rise was traveling down the North Bosque River. Within the following days, the flood struck Waco and washed away several years of potential water while causing nearly $2.5 million in property damage in the center of Waco. In the end, Brazos River peaked at 32.5 feet, which was 8 feet less than the 1936 flood.

This flood re-energized efforts to complete the dam. In response, and amid significant controversy regarding the funding of the dam, the Brazos River Authority and the City of Waco offered a loan to the federal government to quickly build a dam. The US Army Corps of Engineers began building in 1958.

By the fall of 1961, the dam was completed, but it still had several structural problems. Four years later, the US Army Corps of Engineers finished the dam.2 The new dam was 24,618 feet long, 140 feet high, and it had a spillway elevation 560 feet wide.

At maximum flood, Lake Waco now holds upwards of 834,300 acre-feet of water, and the lake is nowadays a popular recreation spot as well as a central element in flood control and conservation.