This park keeps the upper tributaries of a swamp along Little Cypress Creek in good condition, a swamp that is home to a monument to the Louisiana Purchase. The monument can be found inside the swamp. It is a memorial to the “initial point” that was made when a survey was conducted on the newly obtained property of the United States; property that they bought in the Louisiana Purchase. The National Park Service named the area a National Historic Landmark on 19 April 1993. 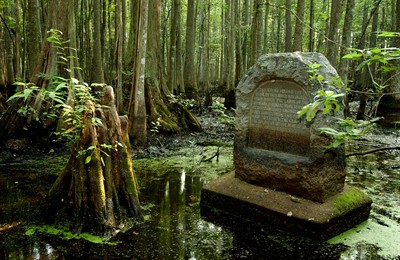 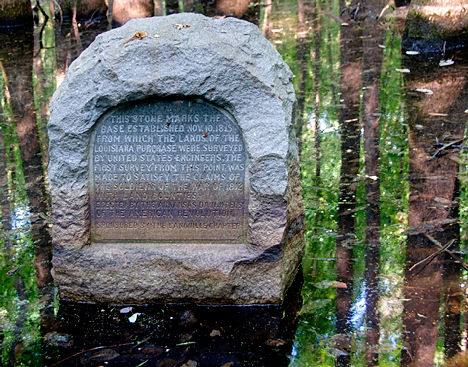 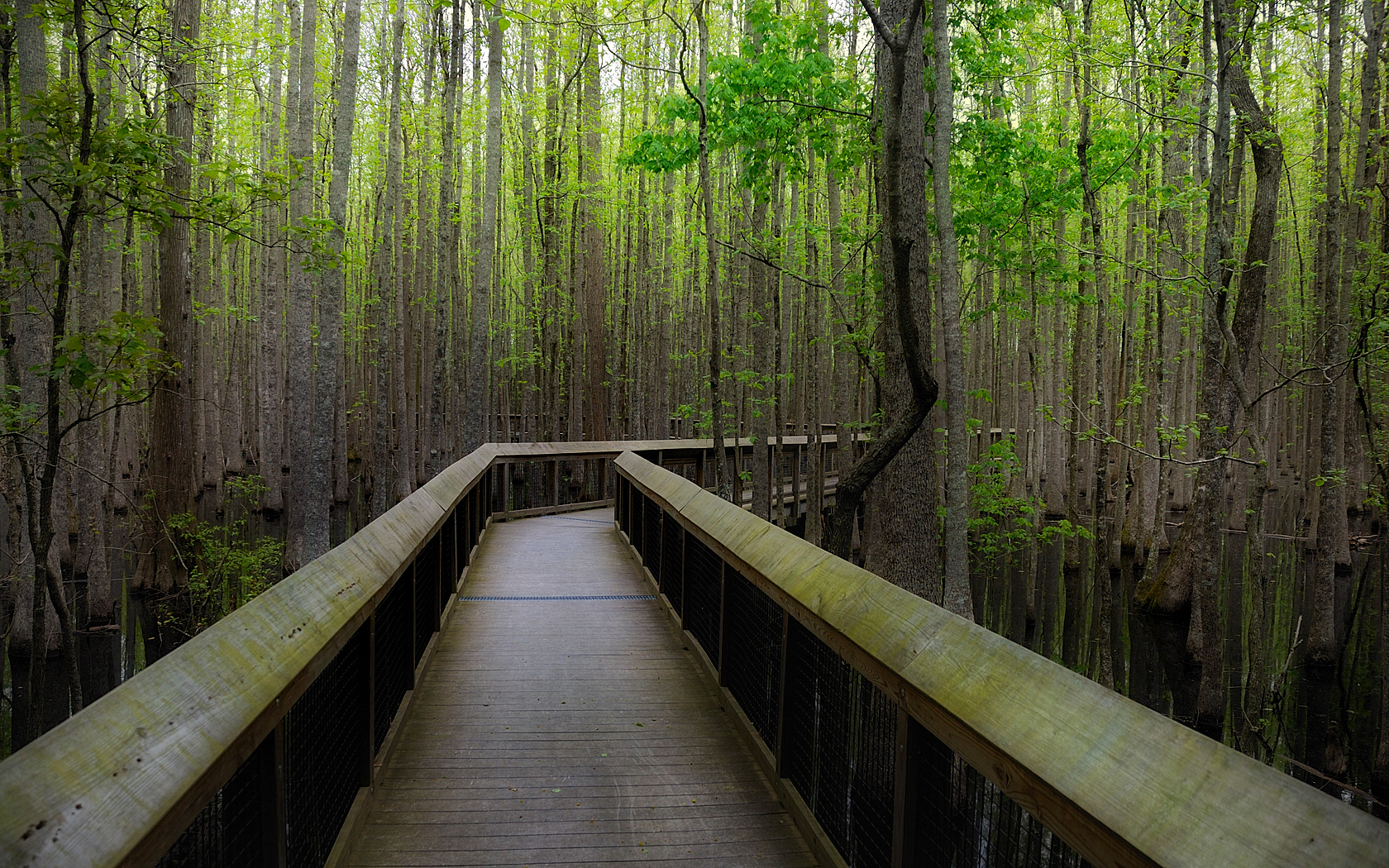 Under the presidency of Thomas Jefferson, the United States bought the property of the Louisiana Purchase from France in the year of 1803; this new property made the United States twice as big as it was prior to 1803.  In 1815, President James Madison commanded that a formal survey of the property should be done.  This was done in an effort to create a method to how the War of 1812 veterans should receive the land they were guaranteed to have previously.  On 27 October 1815, Prospect K. Robbins guided a survey group north from the joining of the Arkansas and Mississippi rivers with the intention to name a north-south line that would be called the Fifth Principal Meridian.  Also on October 27 of that year Joseph C. Brown guided a group leaving westward from the joining of the St. Francis and Mississippi rivers to create an east-west line called the baseline.

When both lines intersected that would become the initial point to start from for all of the surveys following this one.  Robbins group had adventured north nearly 56 miles when they came upon the baseline created by Brown’s group.  Two gum trees approximately 18 inches in width were signaled as witness trees to define the initial point about 26 miles west from the Mississippi River.  The meridian and the baseline were stretched out following this original survey.  Land surveys for sections of or the whole Louisiana Purchase states west of the Mississippi River were determined from this area.

The area was overlooked for over 100 years1 until in 1921 two surveyors, Tom Jacks and Eldridge P. Douglas found the witness trees.  The L’Anguille Chapter of the National Society of the Daughters of the American Revolution of Marianna created a monument for the area.  The monument was celebrated on 27 October 1926.  In 1961 it was ordered that a state park should be made of the area with Act 174.  The Arkansas Natural Heritage Commission included the swamp in the state Registry of Natural Areas in 1977 and gave money to buy the area where the park was.  A 950 foot boardwalk was built starting from the boarder of the swamp to the monument, and the U.S. Interior Department named it a National Recreation Trail in 1981.  The Louisiana Purchase Historic State Park can be found at the end of Arkansas 362, close to Brinkley and Helena.  There are no camping areas, bathrooms, or on-site staff present at the park.  The boardwalk was worked on in 2003 to make it better, and there are descriptions of the history of the Louisiana Purchase, this survey, and the swamp placed throughout the trail.2