Established in 1867 and named for Civil War General Israel B. Richardson, Fort Richardson was the most northern federal fort site in a line of forts that were established post-war in order to push the native Indian tribes into the panhandle and onto reservations. In 1968, Jacksboro obtained the land on which the fort is located, and it was then established as Richardson State Park, Historic Site & Lost Creek Reservoir State Trailway. The park is comprised of a little more than 454 acres and is open to the public. 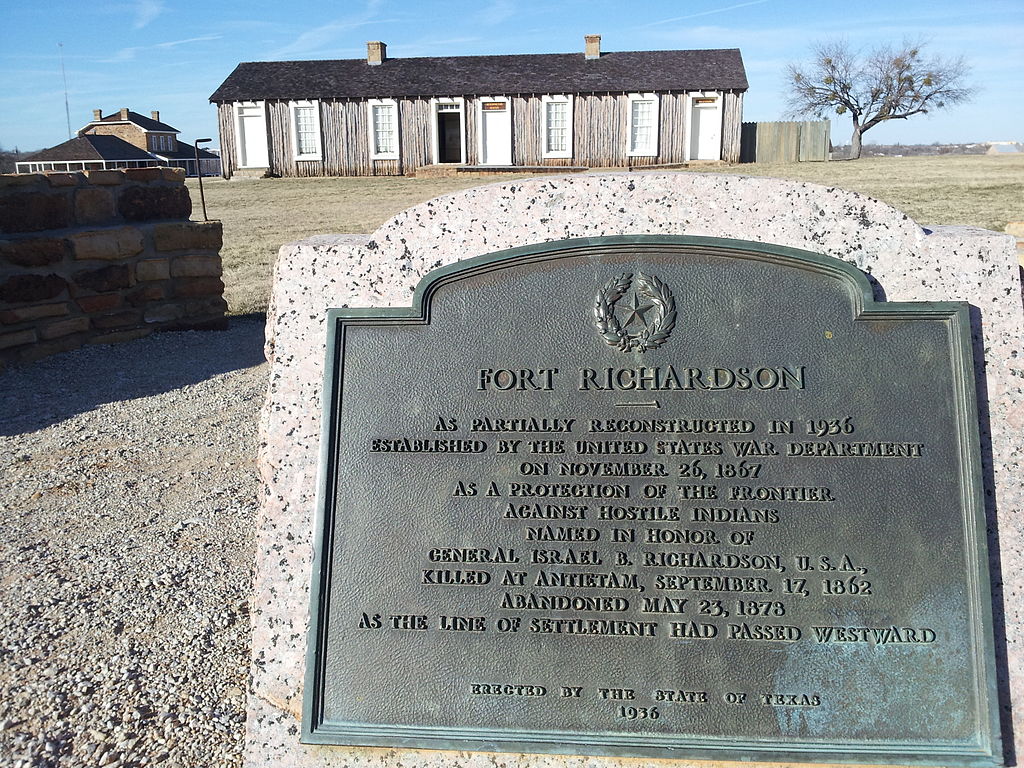 Fort Richardson was the northernmost site in a line of federal forts that stretched from the Rio Grande to the Red River. The 6th Calvery established the fort in 1867 on the southern bank of Lost Creek in order to force the native Plains Indians onto reservations beyond the Red River. The fort was often attacked by the natives and in one bloody confrontation between the military posted at Fort Richardson and a group of Plains Indians led by Kiowa Chief Kicking Bird occurred in 1870 and was known as the Battle at the Little Wichita River. Additionally, many lives were lost at Fort Richardson due to illnesses and diseases. The hospital, which still stands on the grounds today, was built in 1870. According to the Interpretive Guide to Richardson State Historic Site, "It has been said that your chances of surviving on the frontier were better going on an Indian campaign than having to go into the hospital. One would think that the hospital’s primary task would have been patching up wounded soldiers but more men died from diseases than from battle wounds. Highest on the list of complaints requiring medical attention were illnesses caused by bad water and spoiled food, followed closely by alcoholism and venereal diseases contracted during visits to nearby dens of iniquity."

In 1869, President Grant established the Quaker Peace Policy which designated that civilians would control Indian reservations rather than military personnel. However, in 1874, the president annulled the Quaker Peace Policy so that military could do whatever was necessary in order to control hostility on the reservations. General William T. Sherman gave orders to Colonel Ranald Mackenzie to lead military operations against any Indians, and after 15 months, his efforts had proven successful, culminating at the Battle of Palo Duro Canyon on September 28, 1874. Without the threat of Indian attack, military was no longer needed at Fort Richardson and the site was abandoned in 1878.

However, the fort's military history wasn't quite over. In 1940, Fort Richardson was the moblization site for Battery F, 2nd Battalion, 131st Field Artillery Regiment, 36th Infantry Division, Texas National Guard. The men became known as the "Lost Battalion" for they were captured by the Japanese at sea during World War II.

Fort Richardson was deemed a National Historic Landmark by the National Parks Service in 1963, and the Texas Parks and Wildlife Department began maintaining the park in 1968.