Sitting atop the highest point in St. Paul, the Cathedral of Saint Paul has been serving the Minnesota city since 1907. The cathedral hosts an organ concert series, other concerts, and is home to the Shrine of the Nations. The cathedral’s Beaux Arts style exterior features rounded domes and arches, a 120 ft wide dome, a front entrance with a monumental arch and large rose window, and 2 150 ft towers. 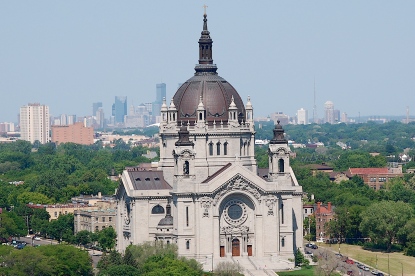 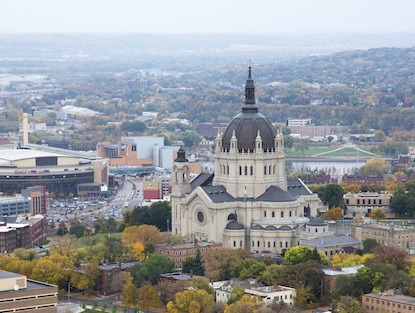 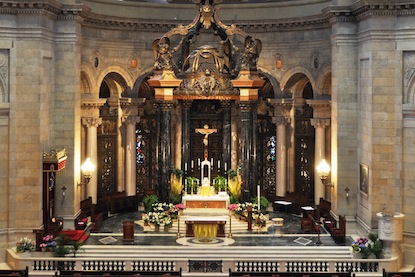 The current Cathedral of Saint Paul is actually the 4th church to be built with that name.  The first was a small, log cabin built in the 1840s, while the 2nd and 3rd were built in the 1850s to accommodate the church’s growth.  This cathedral was the dream of Archbishop John Ireland who needed a much larger cathedral to serve his ever-growing congregation.  Ireland’s dream became reality when construction began in 1907.  The cathedrals of France inspired the cathedral’s architecture.  The church held its first liturgy on March 28, 1915 and was consecrated by Archbishop of William O. Brady.