The Georgian Museum is located in one of Lancaster’s three National Historic Districts, and exemplifies early 19th century American craftsmanship. Built originally for Samuel and Sarah Maccracken in 1832 by local builder Daniel Sifford, the home of brick and native sandstone embodies features of both Federal and Greek Revival architecture. The structure is unlike any other built by Sifford, with its double-curved wall along a two-storied portico supported by fluted Ionic columnns and windows that opened to the floor for access to the veranda. Throughout the house twelve-foot ceilings draw attention to stunning woodwork, archways and chandeliers. A cantilevered spiral staircase leads up three floors - highlighted at the top by a cupola, which lights up the entire house. Rooms have been restored to reflect the period of the Maccracken’s residence from 1832 to 1852, with appropriate wall and floor coverings, and historic furnishings, including many pieces made in Fairfield County during the first half of the 19th century. 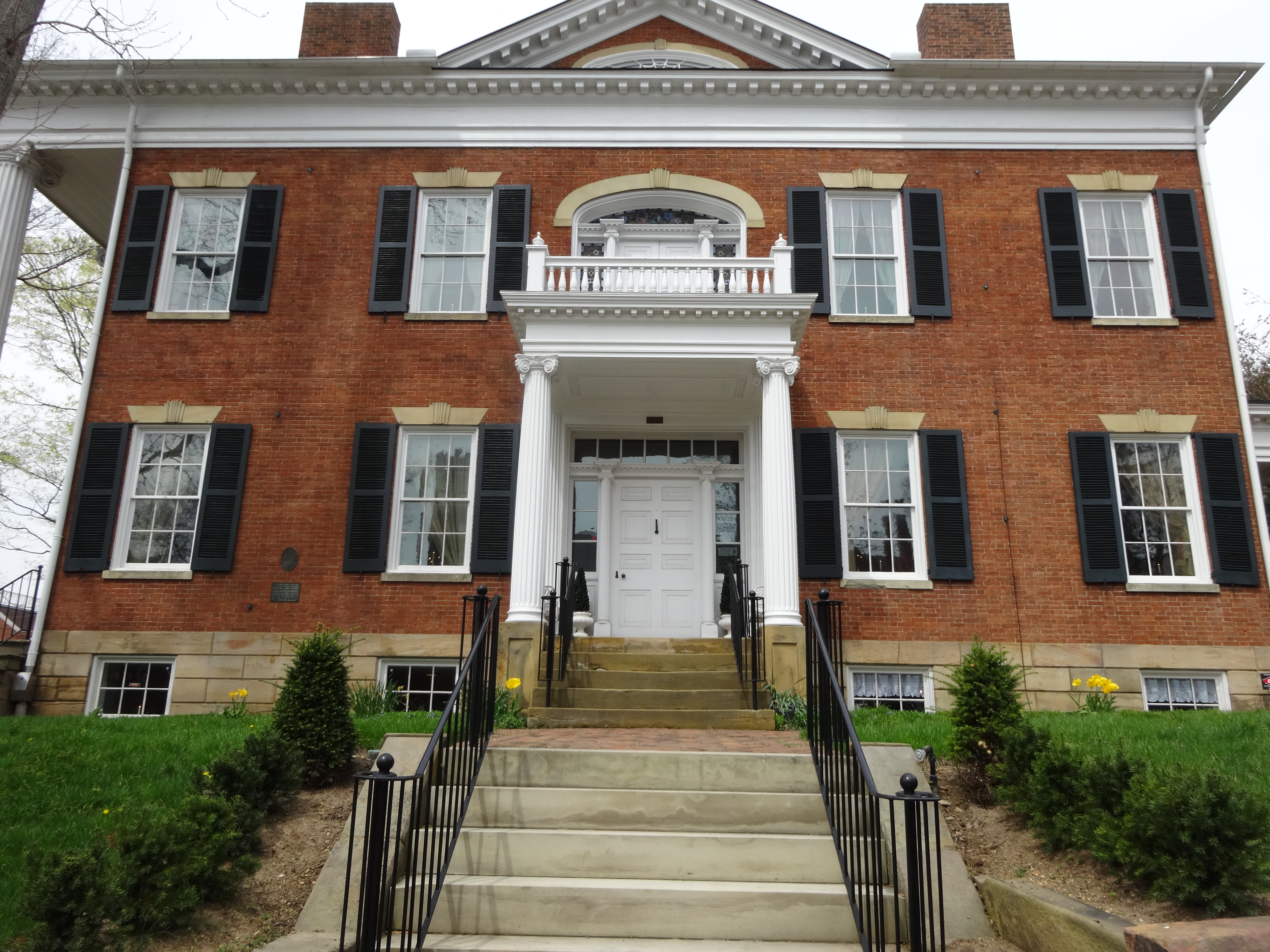