This African Methodist Church is the first black non-LDS congregation in Utah. Organized during the 1880’s by the Reverend T. Saunders, this congregation has served as a focus of black religious, social, and cultural activity in Utah from territorial days to the present. In 1907 property at this spot was acquired, and a church designed by Hurly Howell was constructed through the sacrifice and energy of the congregation under the Reverend T. C. Bell. Restoration was begun in 1976 under the Reverend D. D. Wilson. In 2012, further renovations were made due to heavy water damage. 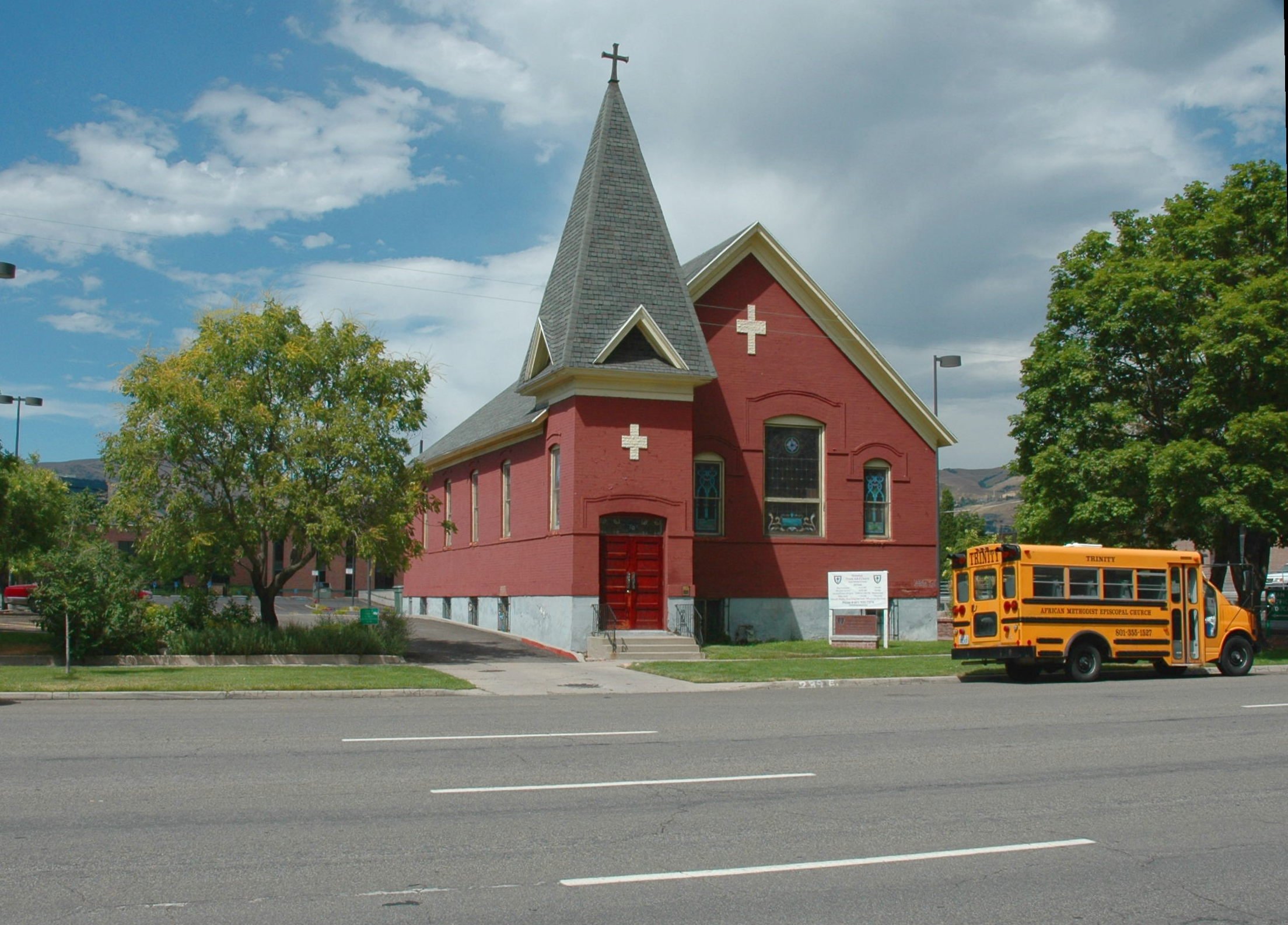 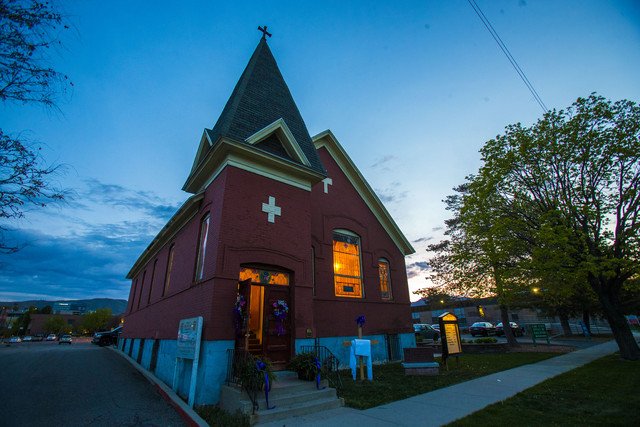 Though the building opened in 1909, it served Trinity African Methodist Episcopal (AME) Church, the oldest continuously operating black church in Utah, whose origins date back to an organizational meeting led by Reverend James Saunders on November 1890.
Typical of many urban enclaves in the U.S., the development of a church often proved to be one of the first priorities for growing communities. African Americans throughout the west shared this trait, including in Utah. African Americans first settled permanently in Salt Lake City in July 1847, but it wasn't until the 1880s when the population approached 500 that a notable black community emerged. Thus, in November 1890, a group led by Reverend James Saunders organized a group intent on building an African Methodist Episcopal Church.
The group largely met in various houses and meeting places as funds were gathered to build a church located on Fourth West and Sixth South. However, that initial plan failed to come to fruition, so the African Methodist Episcopal church ultimately switched locations from 1890 until 1910. During that time, under the leadership of Reverend McIntyre, the A.M.E. Church transitioned to its modern name, Trinity African Methodist Episcopal church.
Finally, in 1907, the congregation not only successfully engaged in fundraising but also received funds donated by a Mary Bright, a black cook who had made a fortune working in the mining camp of Leadville, Colorado. The church purchased the land where the Trinity A.M.E. stands today, aided by a restoration that took place under Reverend D.D. Wilson in 1976.
The church not only served the African American's spiritual needs but also played an integral part in the secular development of the community. Indeed, the Trinity A.M.E. helped develop fraternal orders, civic and social clubs, and a women’s club, all important during a time when locally and nationally, black Americans dealt with racial prejudices.
The congregation slowly decreased in size after the 1980s, and significant water damage in 2012 further hurt the church's viability. Attendance usually peaks at roughly fifty people now, mostly seniors. However, as of 2017, the church continues to hold religious services, operate a church school, host Bible studies, and host community events. As well, the church continues to serve African Americans for needs tied to racism and social injustice.