Built by hardware merchant William Andrew in 1873, the Andrew-Ryan House is one of Dubuque's most beautiful historic homes. It was designed Second Empire style and is arguably the finest example of this style in the city. Notable features include exposed chimneys, a mansard roof, and arched windows. The house is named after Andrew and a subsequent owner by the name of William Ryan, who was actually Ryan's neighbor immediately to the north. Ryan bought the house in 1886 for the family of his second wife. As there was little space between the houses, he moved the Andrew-Ryan House 13 feet south. The Ryan family lived here until 1966, at which point it became the location of a restaurant. It appears to be a private residence once again today. It was added to the National Register of Historic Places in 1985. 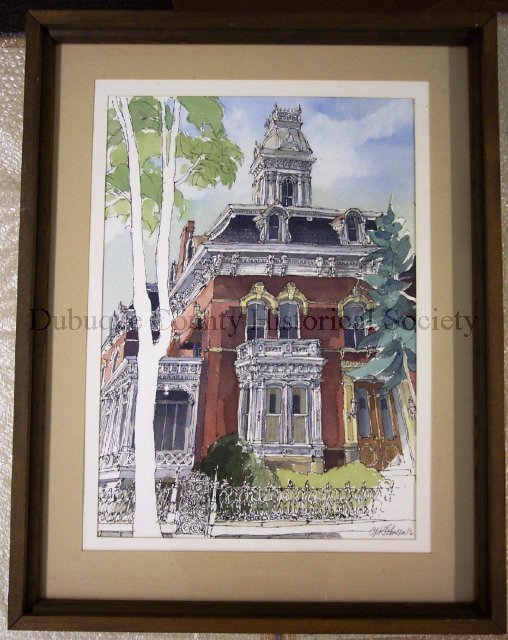 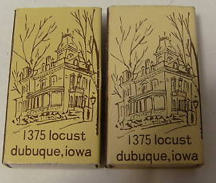 The Andrew-Ryan House is considered to be the finest example pf Second Empire architecture in Dubuque. Photo courtesy of Boscophotos, via Wikimedia Commons 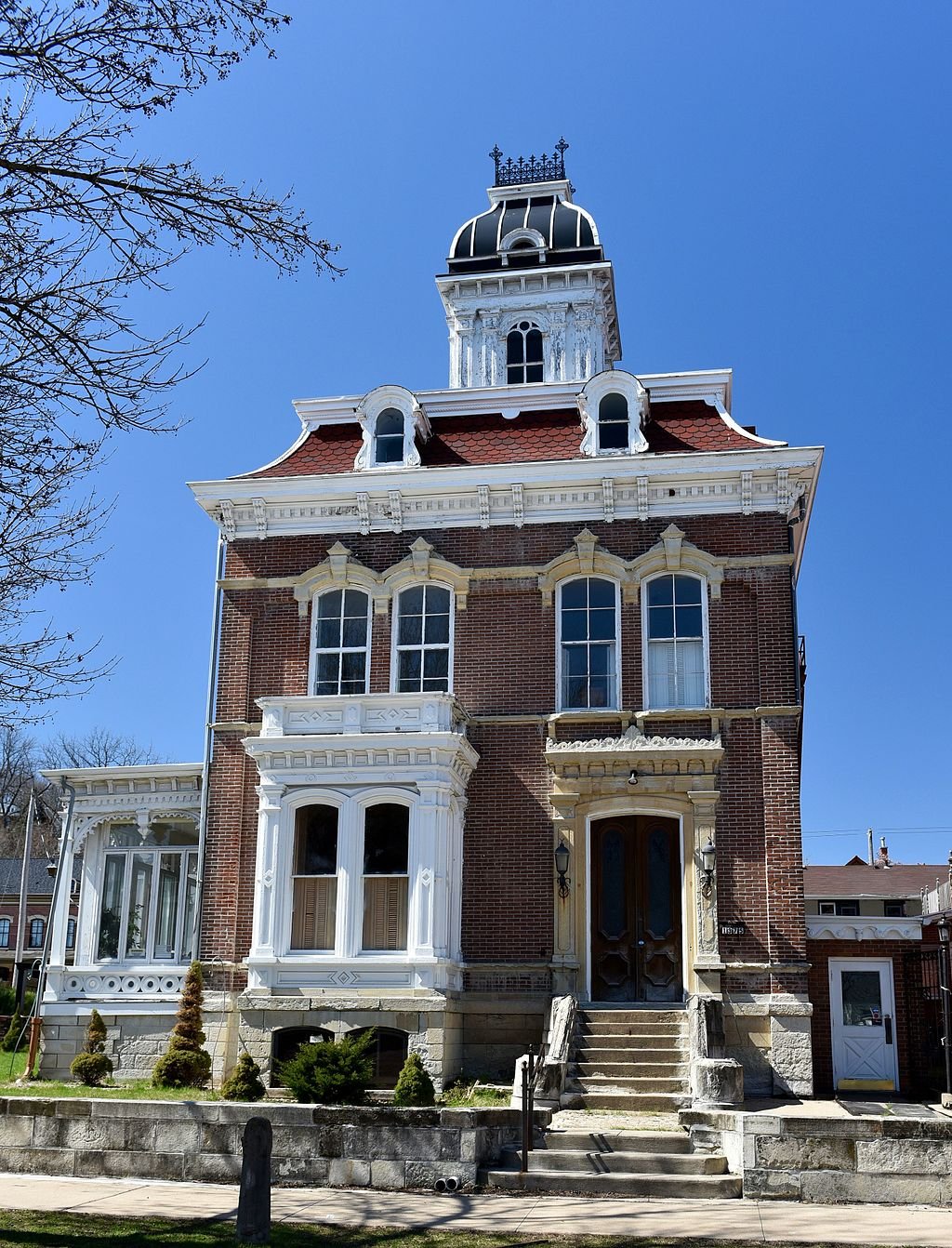