Originally built as a gymnasium, Cook Hall is the signature building on the Illinois State University campus, the oldest public university in the state. The building is sometimes referred to as the "Old Castle." The building design was greatly influenced by Illinois governor John Altgeld who was fascinated with medieval castles and insisted that this building and several others be built to resemble castles. The building is named in honor of Jesse Williston Cook, the 4th President of the college from 1890 to 1899.

Cook Hall was built to resemble a castle due to governor John Altgeld's fascination with medieval history and architecture. 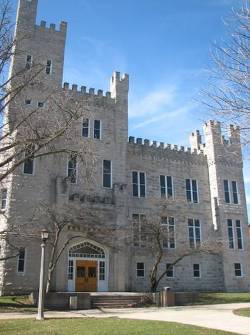