This preserved "Pennsylvania Style" log cabin was home to a William Hawk for over 30 years in the Salt Lake Valley. Hawk was one of the first men to bring word from San Francisco to the East Coast about the discovery gold, ushering the Gold Rush. 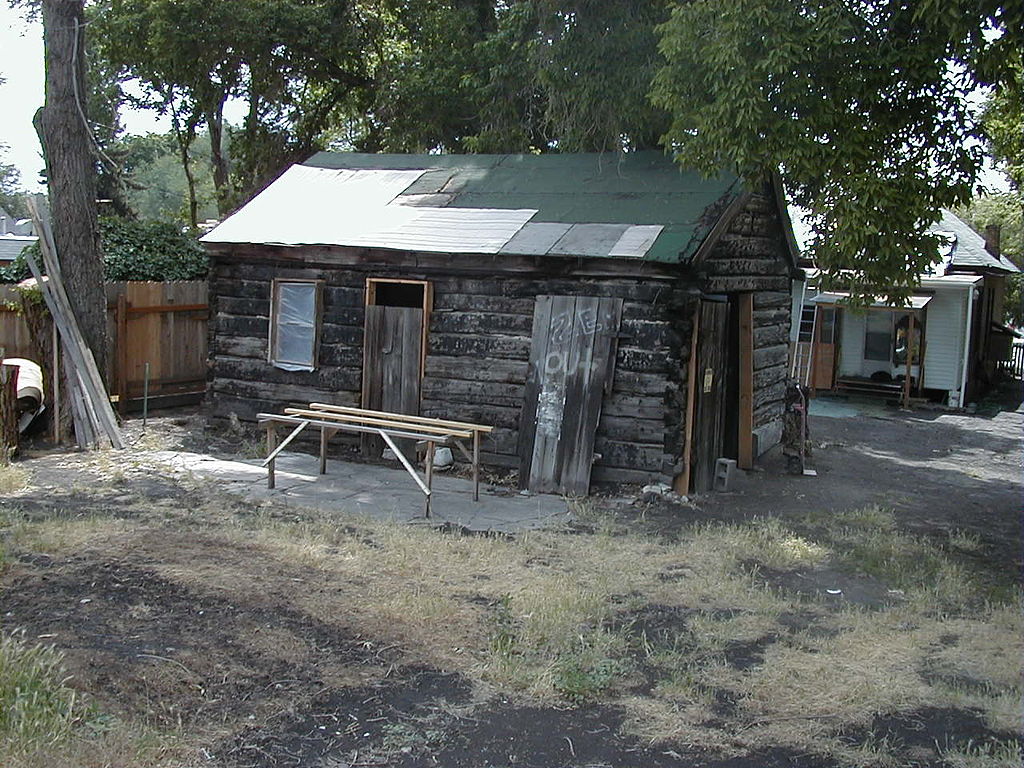 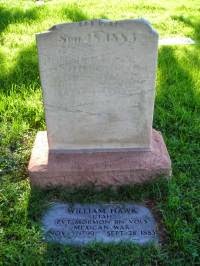 Born in 1799 in Botetourt Co., Virginia, William Hawk moved to Washington Co., Indiana at the age of 18 and soon thereafter married Elizabeth Kimball, who died three years later. He later met and married Margaret Harris from Pennsylvania. In 1833, they joined The Church of Jesus Christ of Latter-day Saints (LDS/Mormon) and traveled to Kirtland, Ohio to be with the rest of the LDS church. There he helped in the building of the first LDS temple in Kirtland before his family joined other church members in Missouri, only be forced out by Missouri's Governor Bogg's "Mormon Extermination Order" that resulted in mobs burning down LDS settlements, killing some men and boys and raping some women before taking off with the Saint's private property. The Hawk's rejoined the church near Nauvoo, Illinois in Montrose, Iowa. Following the martyrdom of the church's founder, Joseph Smith and his brother Hyrum, the Hawk's followed Brigham Young westward towards the Salt Lake Valley.

While traveling, he answered the call for volunteers to fight in the Mexican War and was one of the famed Mormon Battalion. WIth his wife and children continuing on to modern day Utah, Hawk and the Battalion marched to San Diego, then Los Angeles and finally San Francisco. Unfortunately, his wife was killed during a cattle stampede in modern day Nebraska.  Following the advice from Brigham Young, Hawk and a few others remained in San Francisco to help with the church's settlements in the area led by Samuel Brennan, helped with building up the then small port town of San Francisco, work at Sutter's Fort and also work with the postal service bring mail to St. Louis, Missouri and back to California. Hawk and those from the Battalion employed with the postal service were the first ones to bring word to the East about the discovery of gold, ushering in the gold rush. Furthermore, the credit to the first discovery of gold belongs to members of the Battalion as well.

In his travels with the postal service, Hawk had to fight of hostile Indians and received a scar on his forehead from an arrow he tried to parry as it was shot at him close range.

William Hawk would finally settle in Salt Lake City in 1852 and live in this cabin until his death in 1883. Unknown currently if he ever remarried, Hawk was ordained a member of the Quorum of the Seventy by Brigham Young in 1869 and later became president of the Quorum and served until his death.

The Cabin sits on private property and cannot be freely accessed unless permission is granted from owners of the property. Currently the city of Salt Lake has the Hawk cabin on an extensive list for historic buildings needing further preservation and some needing better historical interpretation.